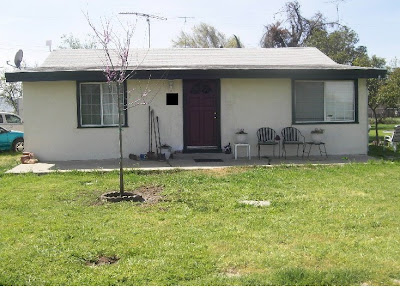 There is going to be another one on the other side as soon as I find one. We got the last one at the store. We have a huge plan for the front yard but I'm going to start doing a little at a time. I'd like to get that big concrete front porch taken off but not sure how to go about it. Hire someone to come do it? Or rent a jack hammer and get hubby to do it?

This is what I want it to look like (kind of) when we are done in about 100 years. 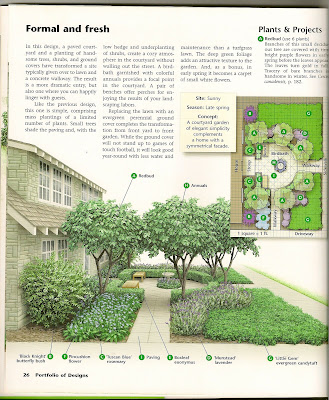 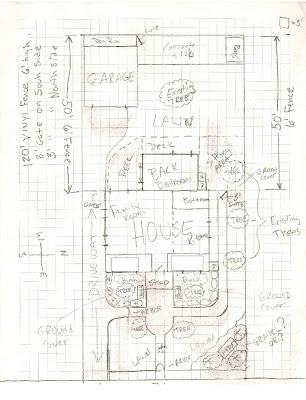 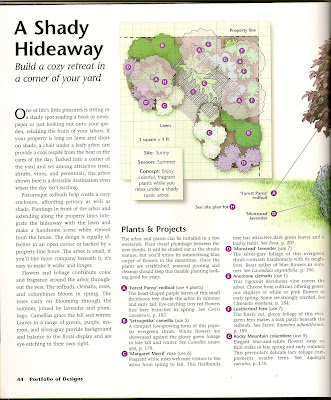 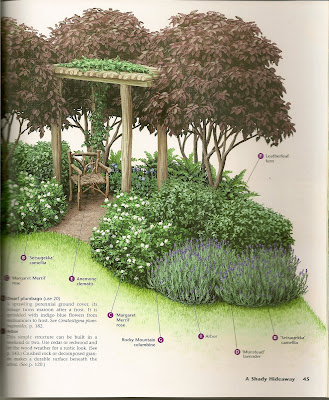 Here's a close up of the corner from last week or so, I put some ground cover like daisies in that spot, I want them all across the front once I get enough energy to dig it all out. (and I painted that ugly pole black finally.) 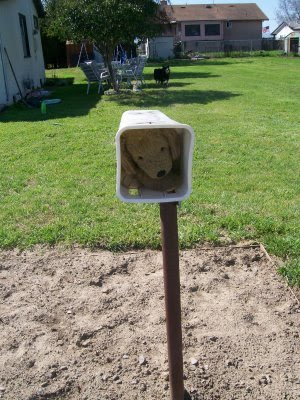 Can you see it?? I can. Funny how if you think about it long enough you can visualize it all in your head.

By the way this is the book I'm using, it's really cool (think I just dated myself by saying that, at least I didn't say groovy) 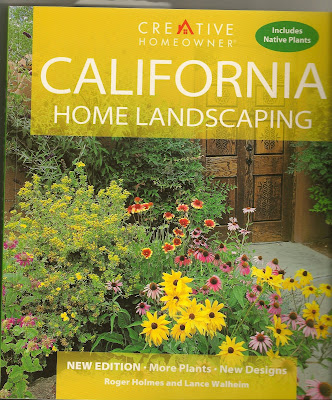 Here is the THREE big hunks of concrete I took out. That's the 5 gallon tree bucket there to help show how big they are. There is at least one more, I was too tired to get it out and you can't really see it at the moment. 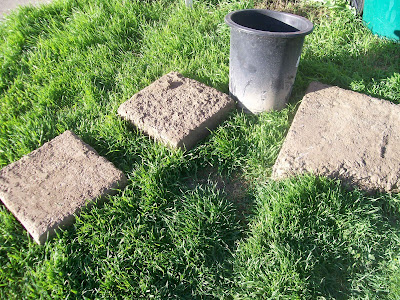 After I got done with that I had to go pick up Jess and take her to her game, drive back out and pick up the kids from school, then back to town to watch the game. Jess is playing catcher for at least a week because the other girl can't "throw" for a week because she's done something to her tendons inside or something. She did a great job! 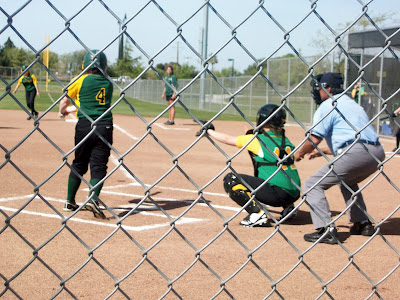 Two exciting things happened during the game. This girl got hit in the head by the pitch (she ducked down into it, it was weird!) and it BROKE her helmet and her glasses. But she was ok (and on the other team so whatever lol)

A parent on the other team got kicked out for saying too much crap to the umpire. STUPID! If you are going to make comments keep them to yourself so you can at least watch your kid's game. Not to mention, how embarrassing do you think that is to your kid??? 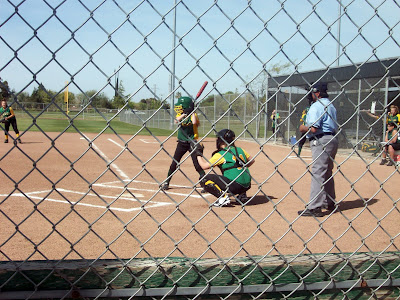 Jess didn't strike out at all this game. She got one BEAUTIFUL hit to center field, way out there, but the girl caught it!! DARN!! Next up, she hit a pop fly and it got caught. THEN she hit a great hit to right field and got a triple!! So she did really great and we actually had a nice ride after the game instead of me wishing I could crawl in a hole so I don't piss her off more (last game).

Your yard will look beautiful once you have finished I am sure!