Let's all just go to Subway for lunch 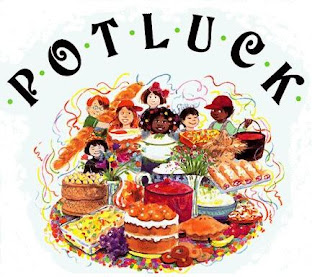 So a week or so ago one of the departments at work put up some flyers for a potluck.

We'll call that Dept A
Apparently the ladies in Dept A got permission from their boss.
Who is not the boss of Dept B but is apparently also the main boss for Dept A.
I'm in Dept C, who has an entirely different boss.
Dept D has ANOTHER different boss.

That's a lot of Chiefs to go with all the Indians.

My Dept C decided that instead of just having a "Harvest Potluck" we should have a "Halloween Party & Potluck".

So now Dept A is going to cancel the potluck so Dept C can take over and Dept B people that I was having lunch with were all  "Dept A person 1" just thinks she can call a potluck without getting permission. I'm thinking Dept B people are just rude and Dept C people should just let Dept A have their potluck and think faster next year if they want to have a Halloween Party. Which I probably won't go to since I hate dressing up.

How about Dept A, B, C, and D all just bring a dish to share for lunch and we'll all just call it a "coincedence" that we all brought extra food on the same day.

Bloody hell! Can't all the Departments work together or what? lol Yeah, I hate dressing up too.