Last night was Trevor's Christmas program at school. Usually I have the kids stand in front of the Christmas Tree since everyone is dressed up. Later I make the picture into our Christmas card. This year that didn't happen because Jessica wanted to stay home and study for her final and work on her Christmas presents she was making for her friends at school. Melissa didn't know if she was supposed to play in the program for band or not even though I TOLD her to find out a few days before and even reminded her that day that she needed to find out. I told her since she didn't know what was going on that she couldn't play even if she was supposed to. Bad mom I know but at some point the kid needs to pull her head out of her ass and be responsible. So yeah everyone was pretty happy when we left. As soon as we got there Melissa decided that she was going to hang out outside with her friends and never came in for the actual performances. I tried the WHERE R U? text, which went off in her bag on the chair next to me.
So for the first time in like ever it was just Scott and I watching. I had totally forgot to tell my mom which day it was and she never asked. Woops. She should have known it was this week though if she really wanted to go. We sat in the area where we usually sit. No one was in front of me until right before the program started. (and I even did a little looksee to make sure there were no slightly balding me in front of me). Right before the program started a lady took her seet in front of me. It didn't take me long to start thinking OMG she's like amazon tall or something?? I had to look around here because there was no seeing OVER the top of her freaking huge head. Especially when she was holding her arms up with her phone making a video. 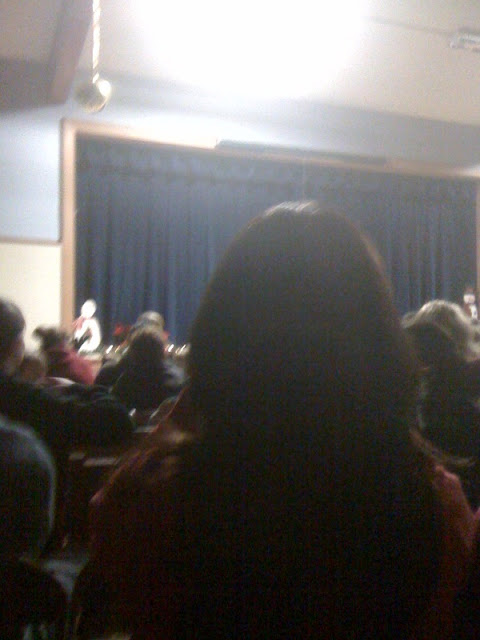 The program started off with the band, which was absolutely HORRIBLE. They have a new band instructor this year and the man never talked to the crowd and/or had the band stand up and take a bow or anything. I thought that was very odd. Maybe he had performance anxiety.

The band was followed by the Kindergarten (so had to look up to spell that how sad!) kids, which were of course ADORABLE. Then 1st and then 2nd, which was yeah time for Trevor. I can't remember what they sang first but the 2nd song they sang was a hokey pokey reindeer song complete with antlers and shaking their "tails". Too cute! Trevor was totally into it too which made it even better. 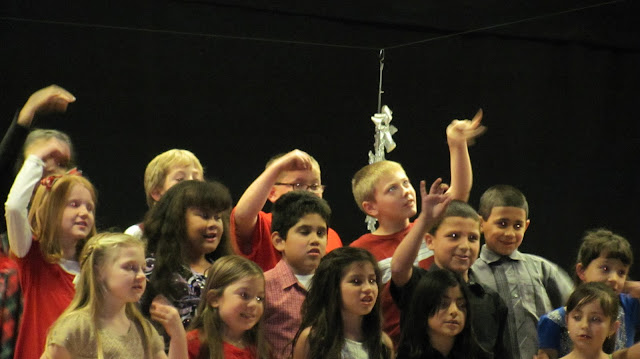 (That's my boy on the right with his hand held high) 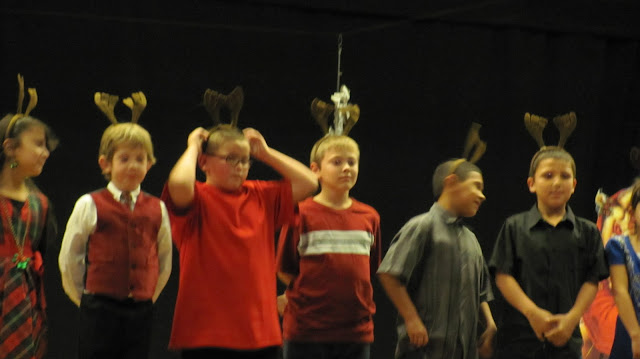 (and here with the stripe on his shirt)
After that we made it through the rest of the program which was, yawn, not too exciting. We were pretty excited afterwards when Trevor chose getting a cookie over waiting to see Santa which takes AT LEAST an hour. We got home in record time and picked up Jess to go out to dinner.
The kids chose Applebees. Right after we sat down Trevor started crying that they had no crayons. He cried for almost the whole time we were there, thank God quietly, but he cried. We finally bribed him with going to see the house with all the Christmas lights if he stopped crying. He's been wanting to go see it for awhile so that worked. 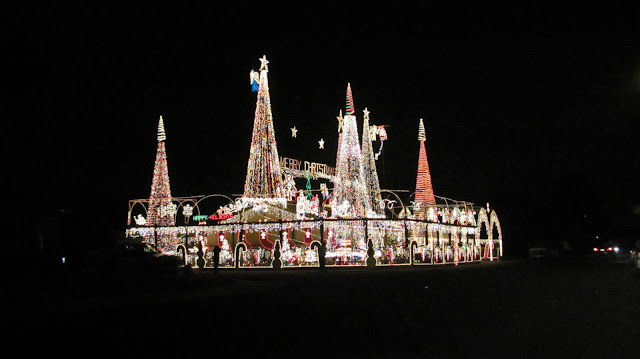 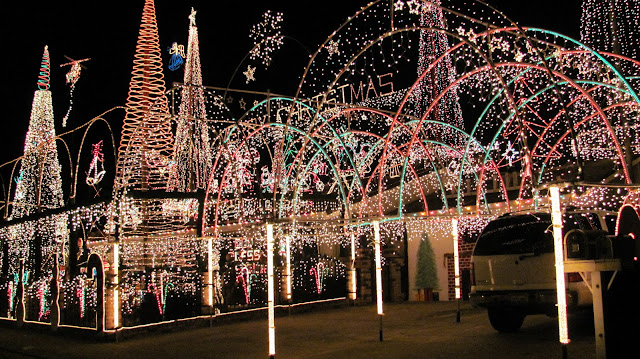 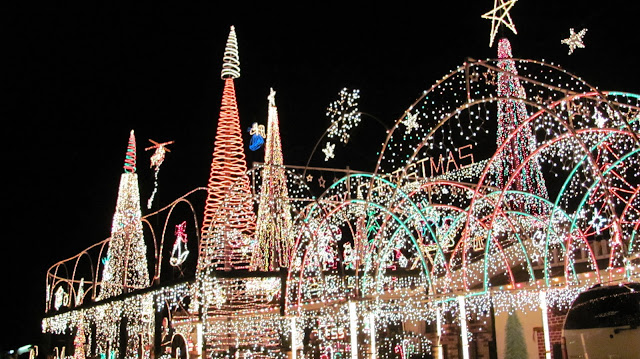 One of these times I'm actually going to get out of the car so I can see the train that goes around in the yard there.Pin It
Posted by Julie H at 2:16 PM

WOW! Those lights are gorgeous! (Thanks for dropping by!)

The christmas lights is sooo beautiful!!!!