Where Did The Love Go?

I read an article earlier today in my Redbook Magazine. I wouldn't normally subscribe to Redbook but a friend of mine bought me a subscription when they had their buy one get one free promotion. Pretty nice, wasn't it?

They have a section that is written by a man called WHYS GUY. (Oh look he has a blog on their site, but not the article I'm going to talk about). This particular article is in the February 2011 magazine, and it's titled "Where did the love go?" 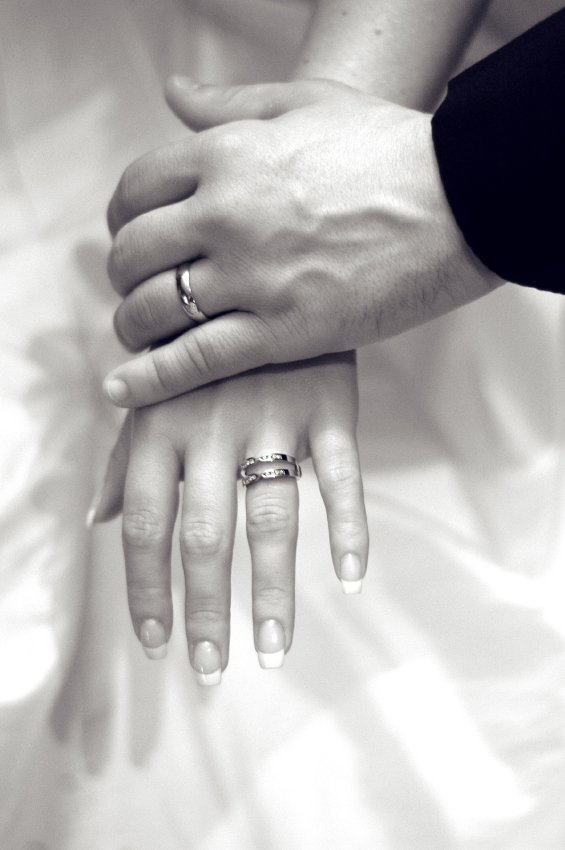 In the article the Whys Guy is basically complaining of how his wife gives all the attention to the children instead of him. They don't have a typical household setting, since he works from home and his wife leaves the house to work. I know some men are SAHD (Stay At Home Dads), and some men just dream about it. I know most woman with children dream about it, and I did it for quite a few years.

Being a stay at home parent is very difficult. You get all the rewards of being home with your children AND having the time to do the household chores, in exchange for  "being someone" other than "mom".  When you stay home you start to REALLY crave adult interaction. You start wanting to talk to anyone that is anywhere close to eye level. Grocery store clerk, gas station attendant, people at the park, etc.

I remember waiting for Scott go get home. I'd try to time dinner just right so it would be done when he got home. Have everyone pick up all their stuff in the living room so it looked nice. Then he'd work late (and not call to tell me) and we'd end up eating at the table without him and my resentment would build up. He'd come home grab his plate of food, usually eating it cold to "punish himself", sit in front of the tv and eventually fall asleep on the couch. Eventually I quit worrying about cleaning up, setting the table, sitting at the table, and making nice meals.


I wanted to be mad after I read this article. How dare that Whys Guy be jealous of the time his wife was spending with the children?  She works all day. She has to leave her kids! Now I think I've figured out that I'm a little jealous of the WANT that the Whys Guy had for his wife. He really wanted to spend time with her (and no, not just for sex, although he wanted that too). He missed their time of just being the two of them.

I miss those days when it was just us too. When it was so easy to have a conversation. When we couldn't wait to rush home and be together. Not that I'd give my kids up for anything.

How do you keep that spark going in your marriage? What do you talk about? Do you have some kind of hobby that you do together? I'm curious how other people do it.Pin It
Posted by Julie H at 8:50 PM

Labels: marriage is harder than you think

I think being a Military wife has it's advantages..they are gone a lot and as you know absence makes the heart grow fonder..we get to "reunite" all over again..we get our "me" time too...I'll let you now how it goes when he gets home for good...:-)

I always appreciate how real and honest you are about life. (o:

Todd and I have been going through a rougher patch lately in marriage. Things definitely get harder and change with children for sure - especially the sex. I could write a novel to you about that!

For us, we try to purpose to have one big kiss every single day. It definitely helps with the spark thing, especially on days where we feel disconnected - kissing kind of always brings me back.

We only have one small child who is in bed by 8:00 every night so I know we're different. But we try to do things together when we can - like reading the same book and then talking about it, we recently started trying to do puzzles together (which may sound lame and probably is). When he's not working we try to take walks together as a family and just be together. I've recently started trying to do some of the things he's interested in - like camping. There's a "romance enhancement" store that we like to visit sometimes to get some new game or toy or idea to spice things up once in a while. That was probably TMI, but it's true!

I think sometimes marriage just takes a lot of work. The spark is something that feels easily lost because life can be so heavy and difficult at times. Especially with my husband working two jobs. It takes a lot of effort and committment on both parts I think. At the end of the day, we want things to be good, so we acknowledge when it doesn't feel good and try something new when we see things start to head south or feel boring.

I know I don't have all the right answers and we've only been married a whopping four and a half years. I think every couple has to find their groove and what works for them.

I don't find marriage to be work. I always bristle a bit at that.
I do think communication is everything. That article that man wrote - does he tell his partner all that too? Because if my husband told me that he was needing something from me that he felt he wasn't getting that would open some great conversations. It would only help us.

I think the reason things are easier for us are 3 main reasons.
1. we went to counseling before we got married. We lived together and worked together and it was difficult at times to be w/someone 24/7. We were not communication then because we were sick of each other. this helped us learn how to say these things we needed to say without hurt feelings.It was invaluable and the cost was based on a scale of what your income was so it wasn't much money for us at the time. Worth every dime as my husband likes to say.
2. We were friends first for years. I would call him and talk about guys I was dating and vice versa. Having that deep friendship over the years cemented a great ground floor for us.
3. we don't have children. while it may not have been the way we planned but it is what it is. we only have each other to be concerned about and I think that makes a huge difference. If I had a child that child's needs would come first i would assume. we only have each other to to make happy. does that make sense?

Oh- I'll be married to Matt 7 years in June and I think, is this really it? REally? Ugh. That sucks. :( And as time goes on I think that maybe I don't actually like him anymore. Which sounds terrible- but he is totally different from when we got married. We differ on everything and it's hard. I'm social and he's not, so we don't even go out because he'd rather stay at home when I'd rather go do something. We struggle and I don't know if it gets any easier.