So it's been all birthday all weekend. Well except for a couple hours of baseball.
Those were a couple LONG hours. 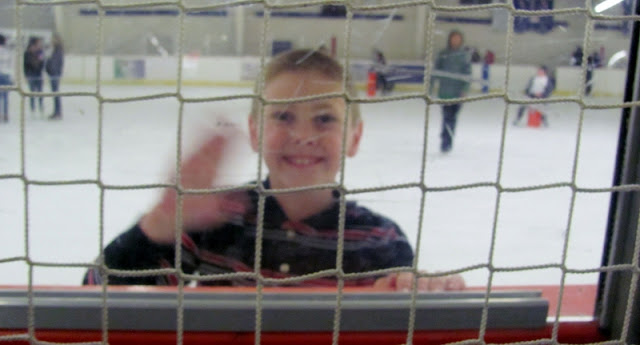 Anyhow, Friday night I took Melissa and 3 friends ice skating. Jess and Trevor went too so we had a nice little group. It's been about 12 years since the last time I went ice skating.  I was happy to find out I can STILL ice skate, and did not fall down and break a hip or something that would make me feel incredibly old. I did however have to take my skates off not long after I started because they were KILLING my feet. 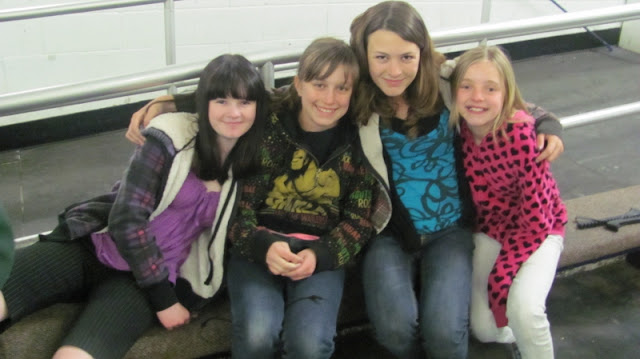 Trevor started off shaky but pretty much got the hang of it by the time we left. Melissa and Jess can skate no problem. 2 of the girls that came weren't too into it. One came in Capri pants? WTH? Those 2 girls hung out and then the other girl and Melissa spent a lot more time on the ice together. 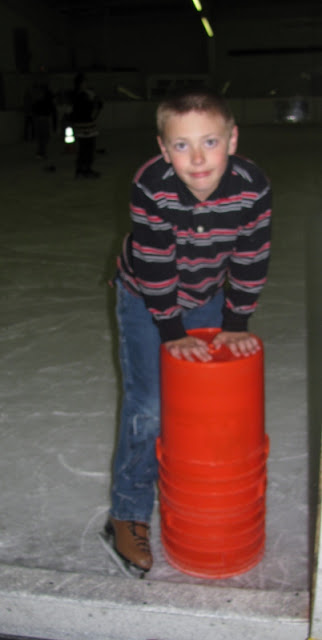 I spent most of the time sitting in the lobby area where they had free WiFi and it wasn't nearly as cold as inside the rink. I played on my phone until the battery died. I tried not to scream NOooooooooooooooo too loud. 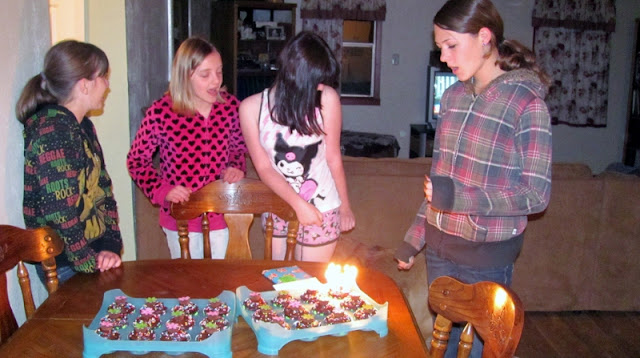 The place was crawling with Jr. Highers. I know I could not have ever have been as annoying as those Jr High kids. BUT the girls had fun for the most party and Trevor's begging to going back so I guess it was worth the $70 I shelled out for it. 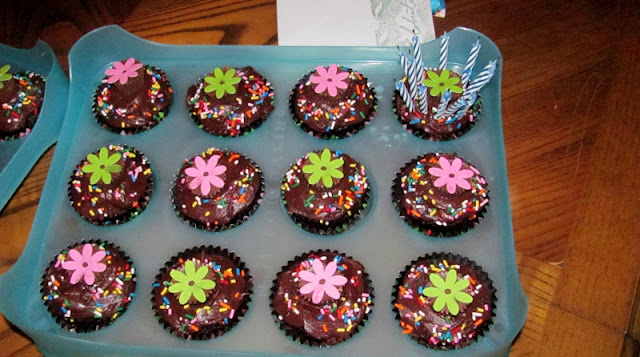 (my friend at work made the cute cupcakes!)
When we got home we did cupcakes and I went to bed and fell asleep. I've been so exhausted the last few days!! The girls were all awake around 7:30 and I was like OMG aren't they supposed to be sleeping all day?
Tonight my family and Scott's parents came over for a family party. Scott's mom called before the party complaining about his dad. Saying how something is wrong with him, maybe he has Alzheimers or something. After they left everyone was talking and they said he did seem off :( I hope he didn't have a little stroke or something. I guess we'll have to go hang out over there and see how he's doing. I personally didn't spend much time with him but my brother was saying he said the same thing like 3 times in a row without realizing it. I'm really worried about him. 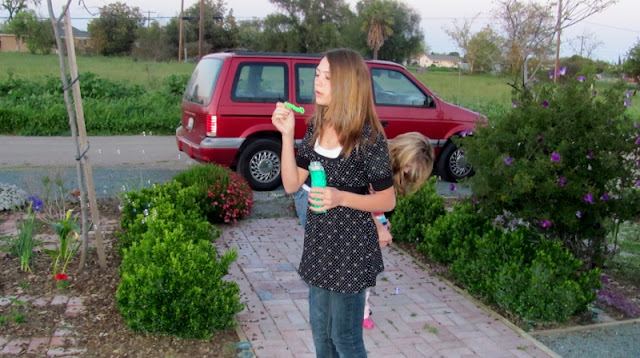 Jess got Melissa some bubbles, my niece thought they were so much fun. She was running yelling OH NO!! 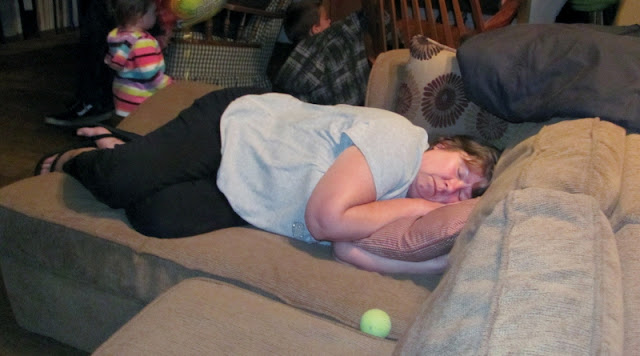 My mom took a power nap in the middle of the party. awesome. She'd kill me if she saw this picture lol 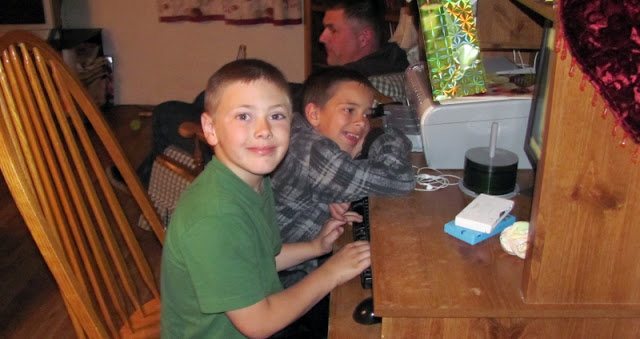 My awesome son and nephew playing on the computer 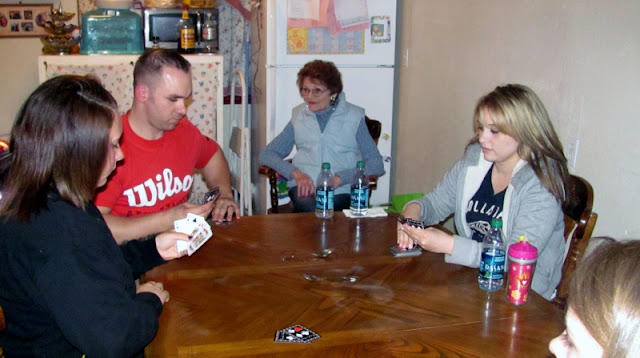 Playing spoons (mother in law in the background) 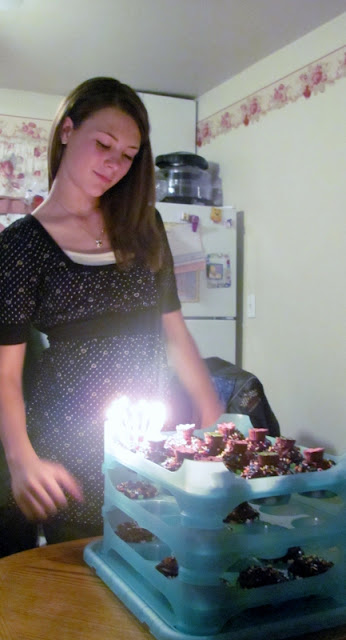 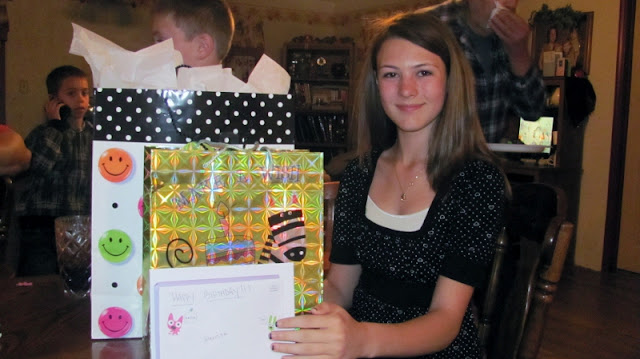 I'm going to need a rifle. 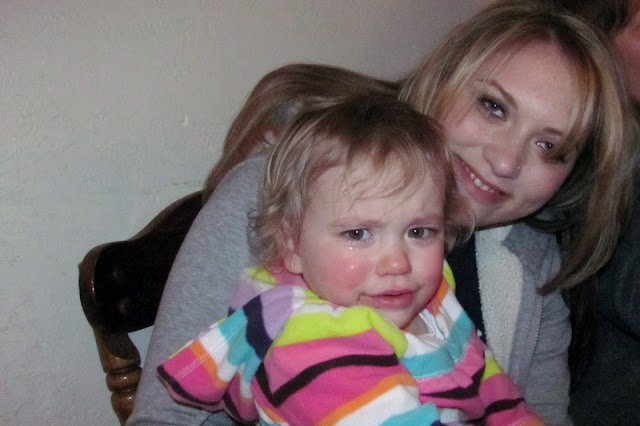 My niece was PISSED that she couldn't have more cupcake haha.
Other than that we had a pretty nice evening. Scott barbecued hamburgers and Italian sausage (a must at all family barbecues!) I had everyone bring a side dish and we finished off the cupcakes my friend made for dessert. My nephew is here spending the night. I think the birthday was a success! Thank God there is only one more this month and then we are done with birthdays until October!
Pin It
Posted by Julie H at 10:53 PM