Yesterday we dropped the hubby off at his parents house so he could hang out with them and the kids and I met up with my parents and brothers for a "surprise birthday" trip for my youngest brother Joe. We were going to the beach!

Twenty miles from our destination my one brother decided he'd had enough and we rearranged cars (adding my Dad to ours) and he left to go back home. I was really sad that they gave up but it was totally understandable with a baby strapped in a car seat for hours. Oh did I mention that it was like a hundred degrees yesterday?

We had left around ten thirty and finally arrived at the beach around two thirty. So four hours for a usual MAYBE two hour drive. We got lucky and found parking only a few blocks away (and later we thought how dumb we didn't just unload next to the beach and THEN go park the cars in stead of lugging everything for blocks).

I had never been to this beach before but it was pretty nice. It seemed really small compared to the last one we went to but it had much nicer bathrooms (although they were still disgusting by the end of the day) and outdoor showers to get cleaned up. 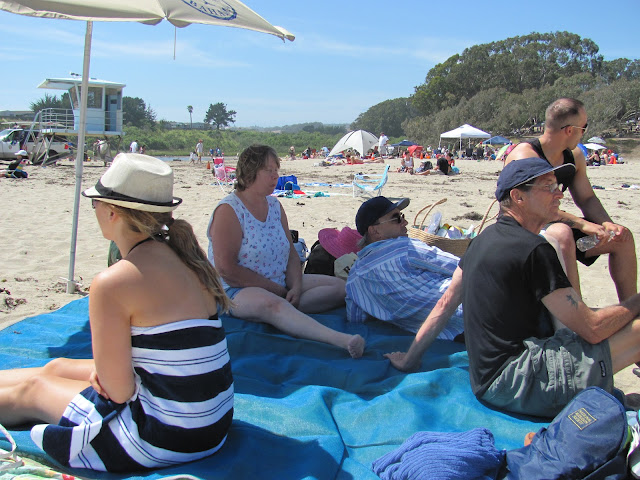 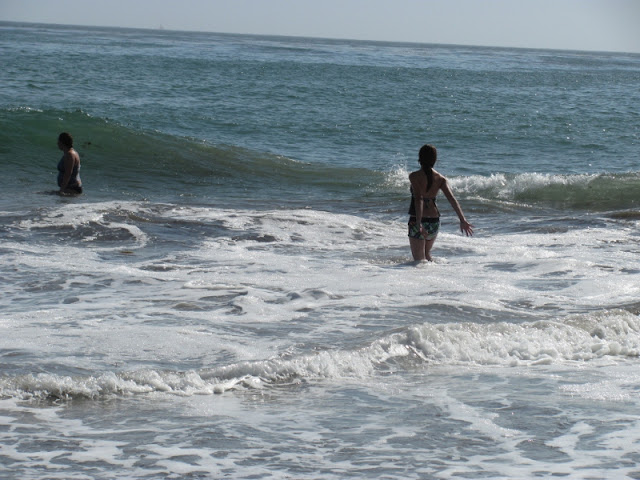 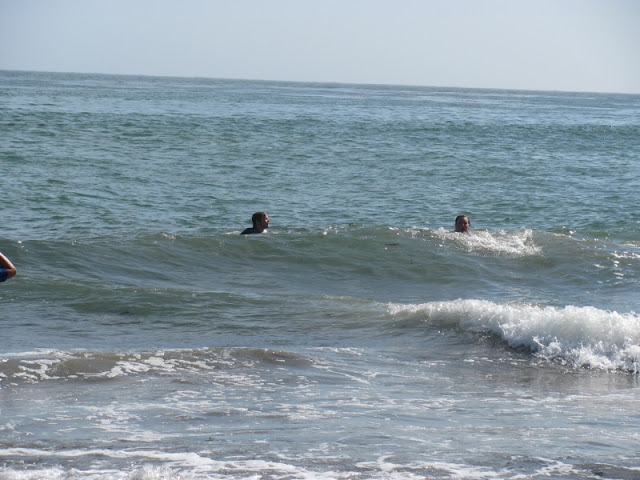 My niece loved the water too. 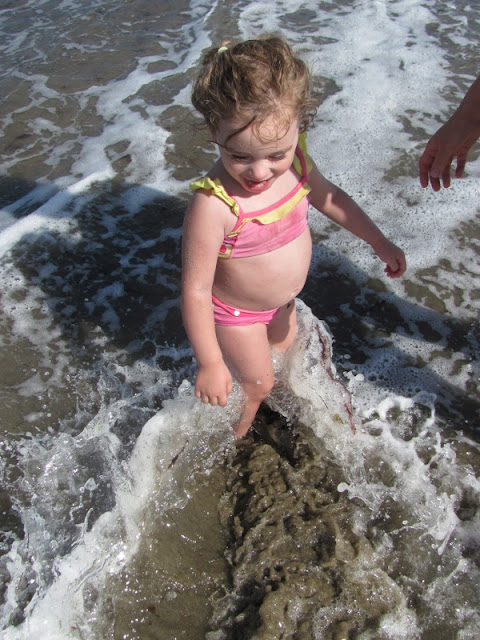 The kids also spent a ton of time playing in the sand. They took turns burying each other and just having a good time. 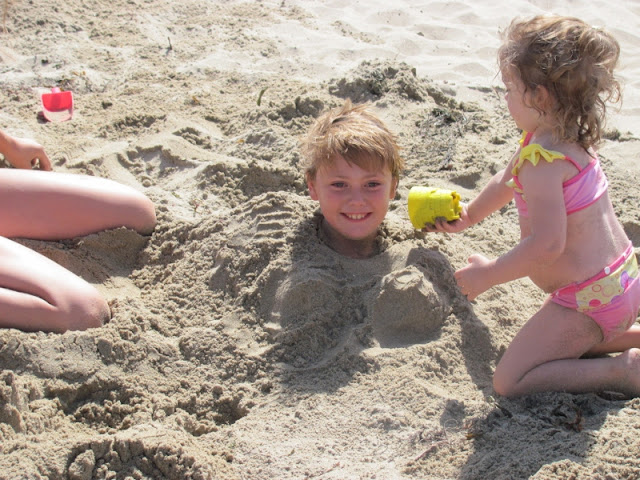 My sister-in-law's dad brought a kite and before long he had it flying high. 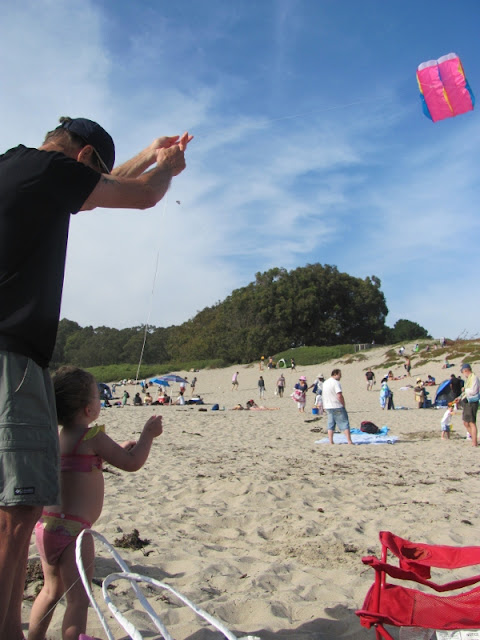 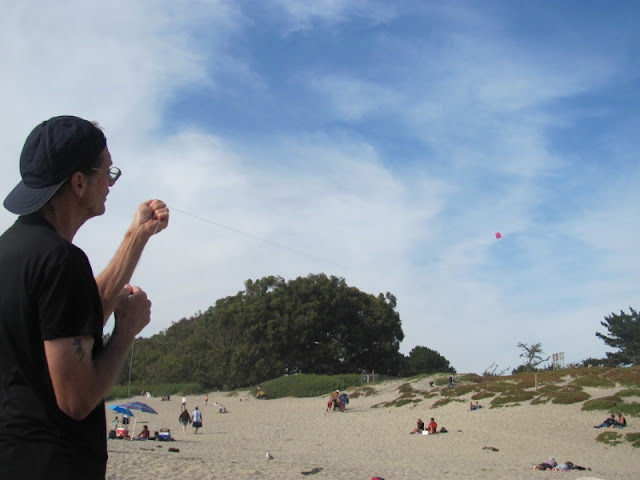 and I got a few nice pictures of my parents 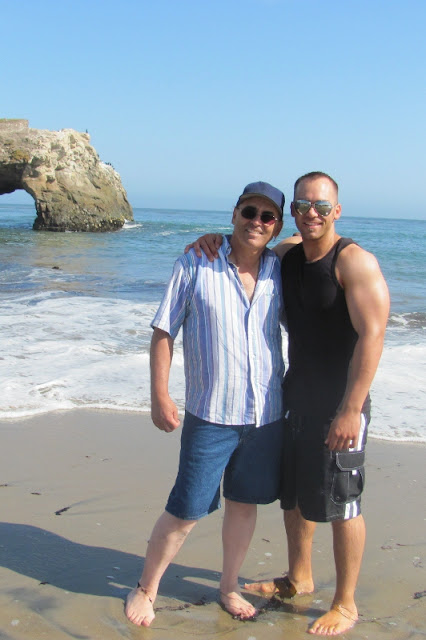 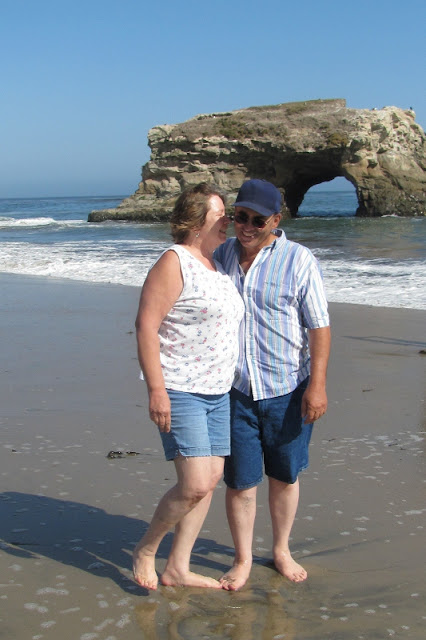 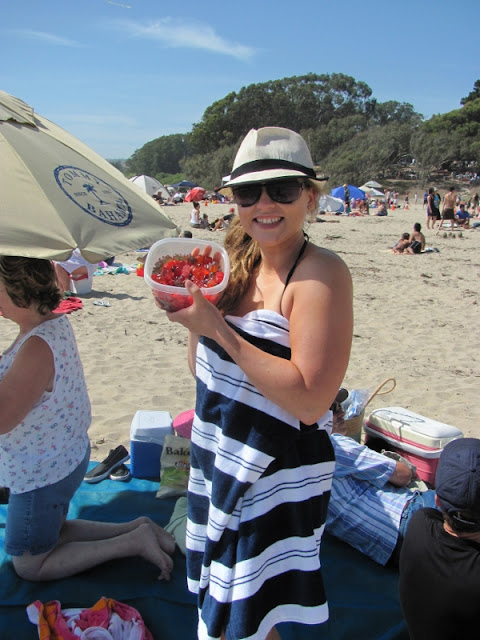 It seemed like way too short of a time before it was time to pack up and hit the road for home. There was a bit of traffic but thank God it wasn't as bad as on the way there. The kids are all asking when we can go back and my answer is "when there's less traffic!"

Looks fun. I swam in the ocean on Pismo today, but I'm sure the water is warmer here. :)

I would love a beach day - how fun. And vodka gummi bears? What is that about? Candy and liquor - sign me up!!! (o:

The beach you ended up at doesn't look THAT crowded!
I love the beach too... and swimming. Big waves don't bother me... the a really irrational fear of sharks kinda makes me a bit scared now and then... NO HOLD ON... all the time!
I only have to see a shadow in the water and I'm outta there!
I've seen JAWS once too often I think! lol
I'm glad you guys had such a lovely day... even with the crap long trip on a hot day.

One of my favorite places, a beach. Jaws ruined me on getting in the water though, can't even get in the lake water anymore! EEK!

This looks like fun.
But my take away was vodka gummy bears? Oh those I had never heard of.