Adventure In Our Backyard

When I did the 5k run down the other day it got me thinking. It's right down the road from us and it's basically the same terrain that we have back "in the boonies". I've only been back in the boonies a couple times. Both were when Jessica was little and she's 18 so that tells you how long ago THAT was. Well I take that back we did walk back there a tiny bit a couple years ago but didn't go too far.

The boonies is up OVER the levee and then it goes back to the river. It's like a big wetlands-sandy-wildlife-KIDS PARTYING-sometimes bad things happen there-area.  So that is why I haven't been back there too much (the last few there). It's not somewhere I want to go by myself "just in case" because you never know. It is along the river and anyone can be walking down there.

BUT. I did that race at that other place, so I was curious. How much different is that from our boonies area? Today I found out, NOT MUCH. Which is kind of exciting. I mean, wouldn't it be awesome if we could have some fantastic running and or biking or whatever events in our own back yard? I think I'm going to start finding out a little bit more of what is involved in organizing such a thing. Of course I would have to get the approval from the members and board where I live also.

So many times that area is the subject of bad stuff going on, I think it would be awesome if it could turn into a positive area for people to enjoy. Maybe mark the trails a bit, maybe clean them up a tiny bit and we'd have something great!

Anyhow, I only took a couple pictures while we were back there because I was trying not to die riding behind Scott. He has his really nice bike and a helmet and I do not. I need to get a helmet really soon. I'm kind of a bit paranoid I'm going to whack my head and be a vegetable when I'm doing things like riding through rough terrain and such.

These are all along the river, it was too sandy to ride here we had to walk for a minute, the rest is more bushy like with harder packed areas and trees, bushes etc. 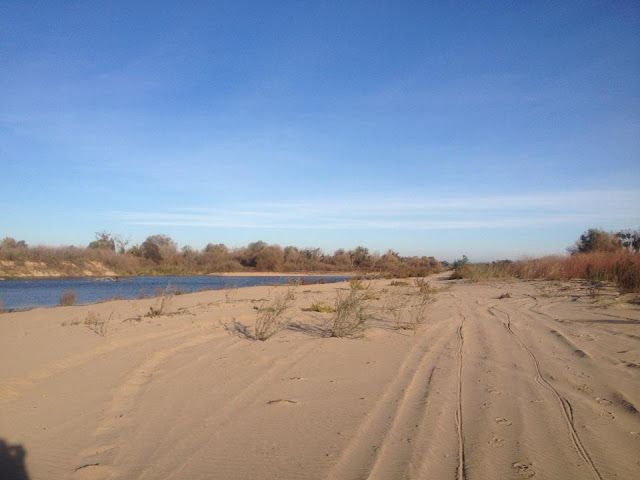 Don't mind my no make up and waffles for breakfast belly. HOLY MOLY! (and looking into the sun) 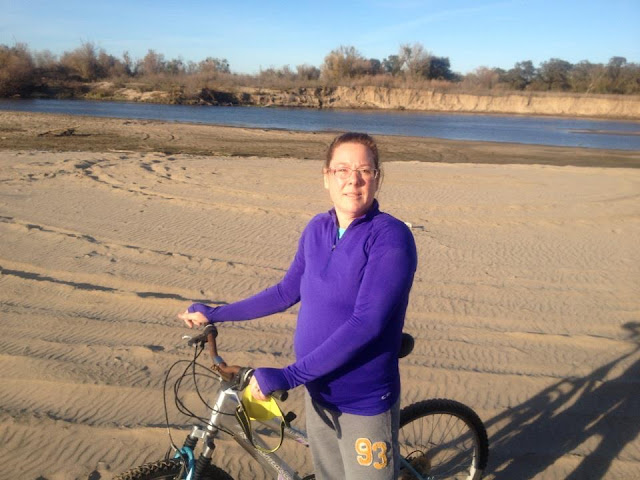 Scott leaving me behind 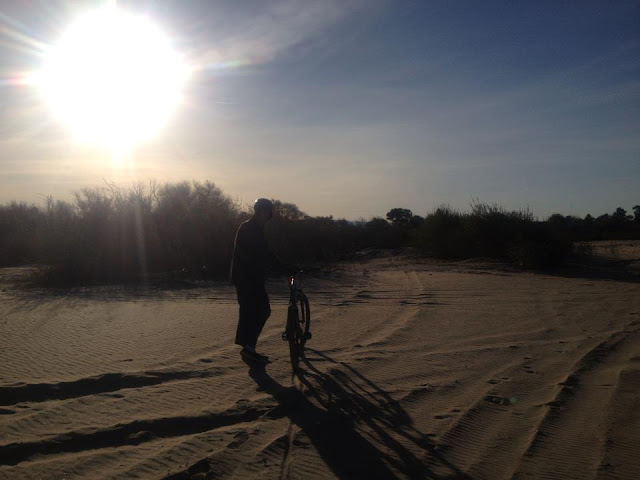 That was way more fun than just cleaning house!

I need a running buddy so we can run back there.

Here was our ride. We did all the red areas in about half an hour so it's not as big as it seems but I bet we could get a 3.1 mile track out of that easy!

So the wheels are turning....

Have you ever organized a running event? Know someone that has?Pin It
Posted by Julie H at 6:05 PM

I guess you've been absent from blogging a bit because you're busy getting in fabulous shape!

I nominated you for a Liebster Award. http://www.writethisdownamy.com/2012/12/liebster-award-nomination-say-what.html