Such a day! So today at work we had a potluck. I took a pan of brownies. I have no idea if anyone even ate them but there was A LOT of stuff there. And some delicious desserts too!

While at the potluck one of my co-workers gave me an envelope. Full of money. They took up a collection for me and the one other girl that did not get back pay. The other girl was like "I'm going to go cry in my car now". I'm pretty cried out so I was like holy crap! Super nice of everyone.

So I ate a bunch of food. And had some pie.  (picture turned itself sideways but I'm too tired to fix it) 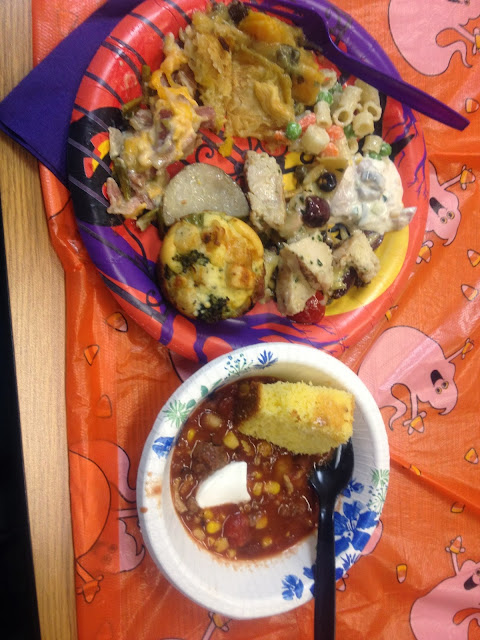 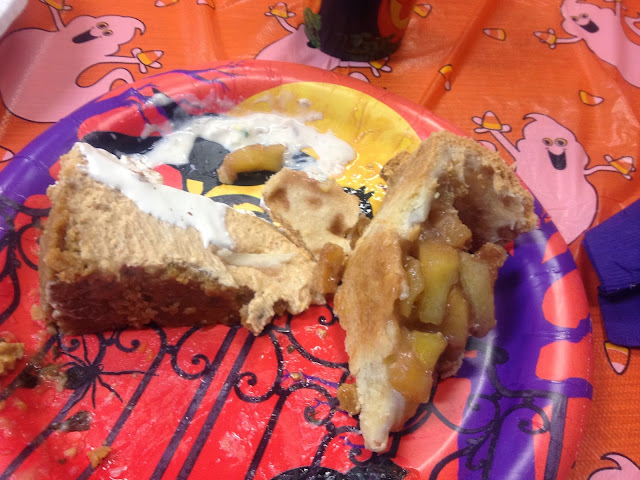 Some kind of pumpkin mousse thing and apple

I left work early to go to Trevor's Halloween Parade. This is my LAST ONE. Crazy!! I've been going to Halloween parades at this school for like 14? years! They sure have gone down hill the last few years though. They used to play music, have all the grades K-8 and there would be so many parents there we'd stuff the gym. Now it's K-5 and the older kids "if they want". No music? and it was kind of rushed. Not as many parents this year either. I'm sad. The kids used to have so much fun. They also used to have class parties which are gone too. 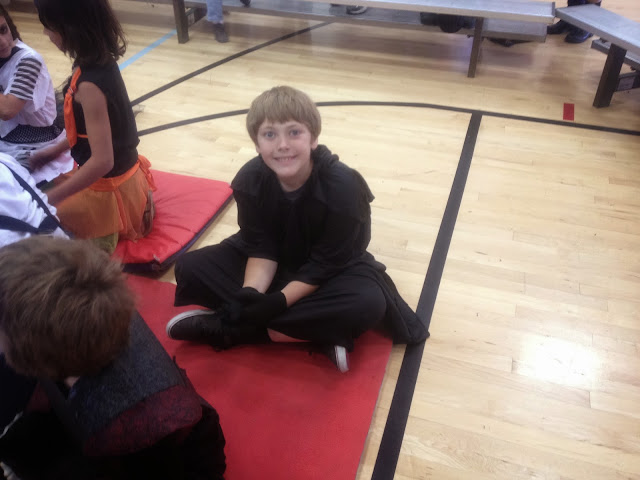 My mom usually goes to the parades but she was watching my niece who had a bit of a bug so we opted to have her not come :( Sucks but we don't need to be sick.

OH and Scott went with me to the parade. It was a lot for him but he made it through. First outing other than the doctors! 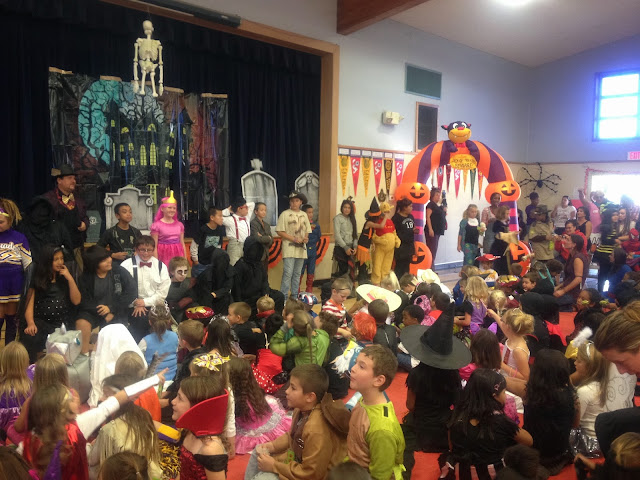 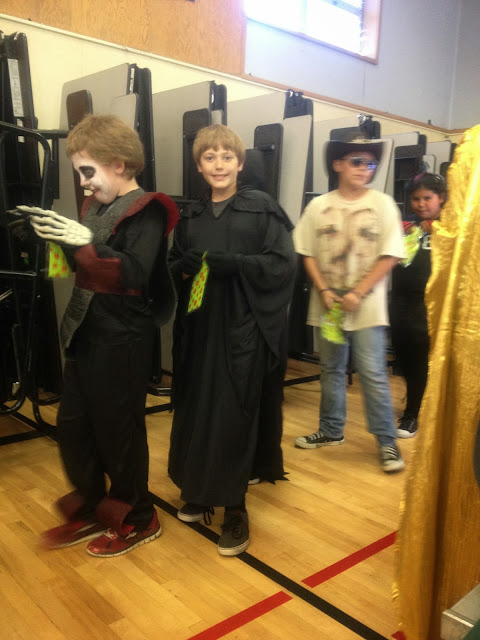 A couple hours later we went for ice cream since the kids were missing not going with Grandma like we usually do. 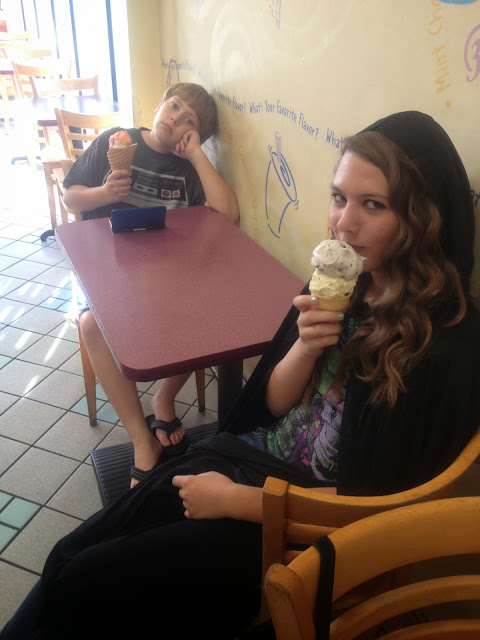 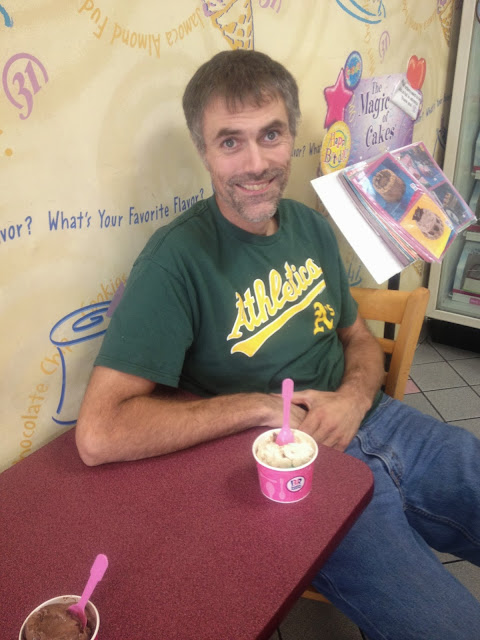 2 outings in one day!

I worked on some cards I'm making in between the school and the ice cream and then again before going out trick or treating. 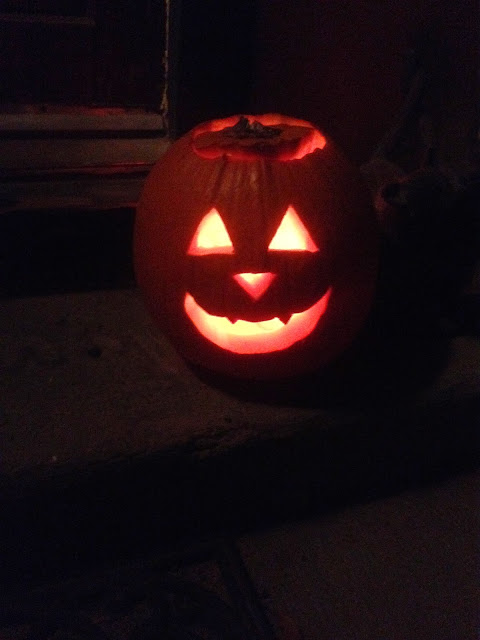 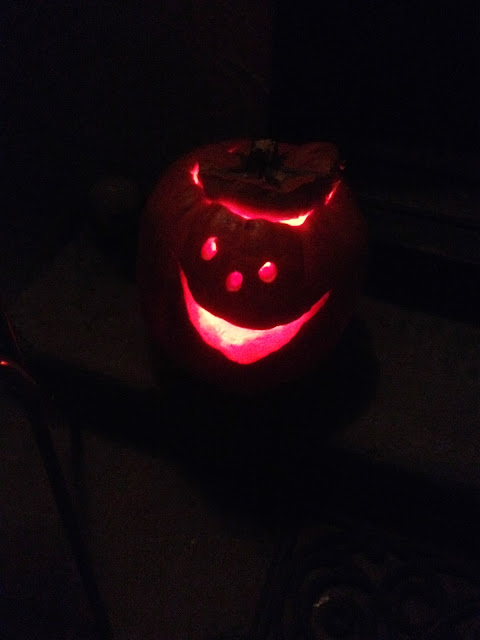 Melissa went off with her friends and we took Trevor around in the car with the hatchback open. Usually I do a lot of walking with him and Scott drives but today Scott was the passenger. Jess got here right after we started so we picked her up and she sat in the back with Trevor. (we have big spaces in between houses here)

We took Rusty too and he was so good! He just sat there and watched everything going on and didn't bark or anything. 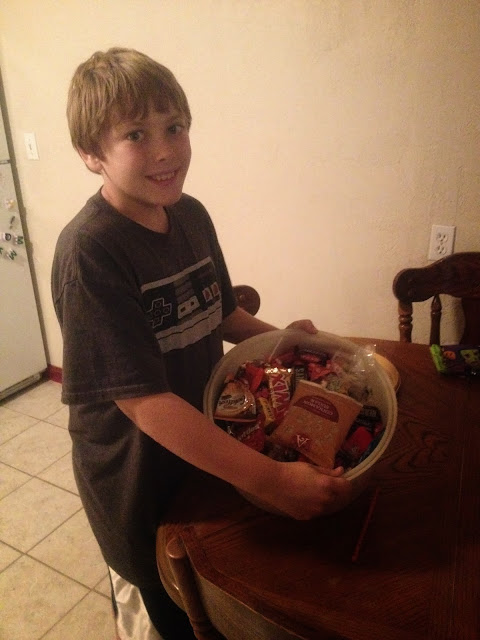 Jess is here for the weekend. Trevor does not have school tomorrow because it's the end of the quarter or something. Lucky! Melissa has school though and I have work so we still get to get up early.

Saturday we have Ava's 2nd birthday party and I need to run 8 miles one day this weekend but that's our only plans.

Did you have a nice Halloween? Did you dress up? I didn't dress up at all this year. I didn't even get the Halloween boxes out!Pin It
Posted by Julie H at 10:06 PM

That looked like one delish potluck!!! Yummy food and desserts!!! Nice to see Scott made it out of the house for a fun trip...so glad he is on the mend!!!