What's up in our world

Trevor has been gone to science camp all week! He comes home today. I've missed him so much. Five days is a really long time! I hope he's having fun. This is the first time he's been gone away from home that long (and not with family). 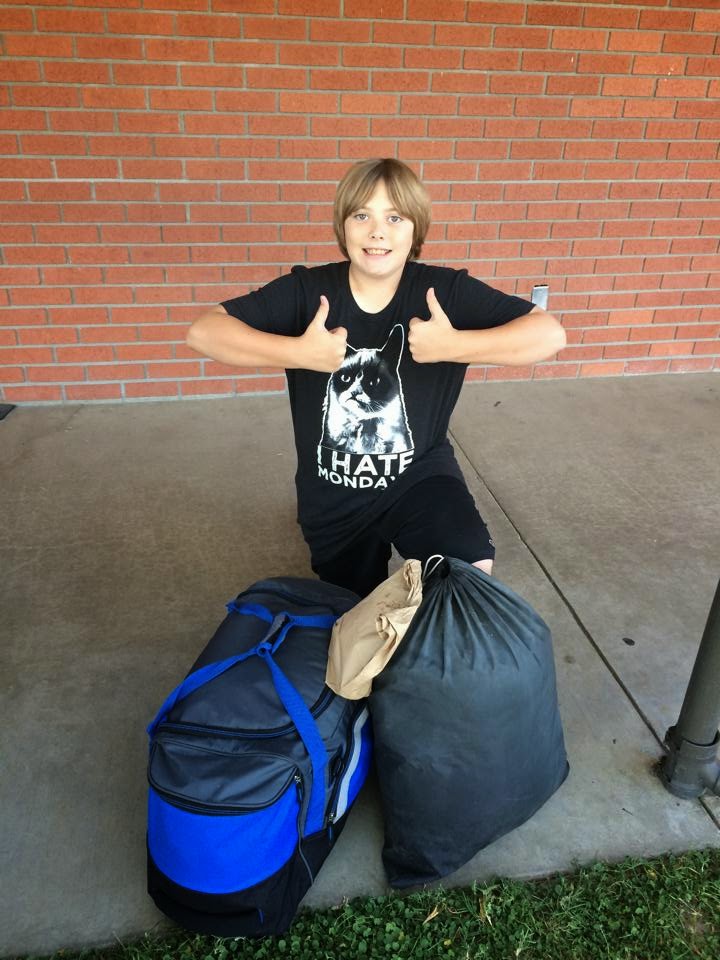 Originally I was going to paint his room while he was gone. Some how I haven't had time to do anything but wash dishes and cook dinner though. Oh and pay bills and update my blog..
------
And run, I'm still running at least a mile every day. Yesterday was day 53. The weather has been a bit cooler the last few days (not 90 finally) so I have went out and ran while dinner was in the oven. Nice to get it done before dinner instead of after. I know I should get up and run in the morning but I hate mornings and honestly it's really dark and kind of scary at the time I would have to get up to run. For some reason I find it more scary to run in the early morning that late at night. Maybe because it's so STILL outside.
I'm still working on upping my mileage, I'm not going to lie the 3.1 I ran the other day was HARD. I have a 10k next weekend and it's not going to be easy to run the whole thing. I am planning on doing a longer run either tonight or tomorrow depending how I feel.
------
While I was done seeing Jessica, Scott started working a new job. Now instead of getting up at 3:30, leaving around 4:30, taking a train for about 2 hours and riding his bike 5 miles he doesn't have to get to work until 8 AND it's 10 miles away. He's traded 4 plus hours of commuting for a lower paying job and a 10 minute-ish commute. So far it seems to be worth it. I think he gets his first check today so we'll see how hard of a hit it is. Just the fact that he's a lot less stressed out is definitely worth it though.
He's been riding his bike to work about 3 days a week. He has to take a different route than the straight shot 10 miles because our main road into town is like a mini highway with people driving WAY TOO FAST and there is no shoulder to ride a road bike on. On days he rides his bike he's riding around 30 miles a day. He seems to be enjoying it though.
Tomorow is his birthday. When I look at pictures of him from last year when he was just out of the hospital and so sick I feel so grateful that he is doing so well now. Life isn't all about how much money you make but the quality of life you have. YOLO and all that ;)
I just spent a few minutes looking for a post from last year on Scott's birthday and I didn't do one. I'm pretty sure it was because he looked so sick in the picture I took. 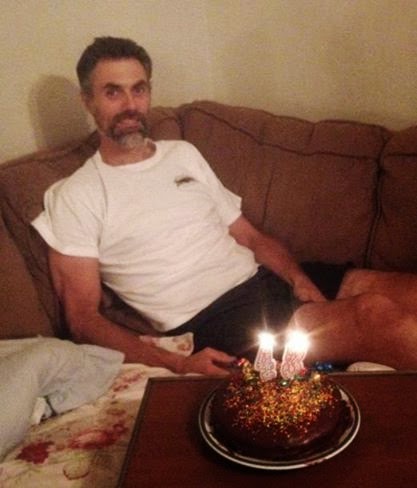 He keeps complaining that he's gained weight. I think he looks so much better now with more meat on his bones! He just looks scary in that picture. The beard didn't help matters either ;)
Pin It
Posted by Julie H at 10:10 AM

Health is soooo important and one of those things we don't cherish until is is not there! Congrats on the running, that is awesome! Consistency is the key for me! You are amazing and inspiring!

Bloody hell he did look ill!!!
I agree, he looks much healthier and happier with a bit of weight on him.
As for the less pay versus long commute, I am sure it's better for him to get less pay and not have to travel so far, or get up so early in the morning.

Forgot! I hope Trevor had a wonderful time on his camp.