Did you all have a good weekend? 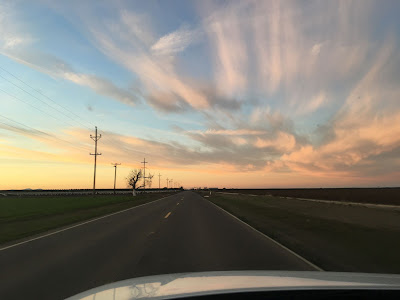 I had to "work" (hardly anyone was working/coming in/calling) the 26th and 27th. I got home on the 26th and took down all the Christmas stuff and packed it up. Sadly the boxes are still in the living room since someone only did one of my two honey do's this weekend. I did get rid of about 4 boxes of stuff though. Well I will have gotten rid of it after it actually leaves my car at the donation center haha. I tried to take it Friday after work but they closed it down before I got there.

Friday I got home and Trevor decided to rearrange his room and kicked out furniture into the kitchen/living room. So much for getting stuff cleaned up. I wasn't too happy. I spent all weekend answering YES this dresser is still available to my ad on Marketplace. It's still here on Monday. People are so flaky.

Friday night I went to meet my friend down at the little bar and hung out there for a bit. Scott came down too and we visited with the neighbor friends.

My neighbor brought over some goodies for us. Buster is like are these for me?? You can see how well his face is healed up now. 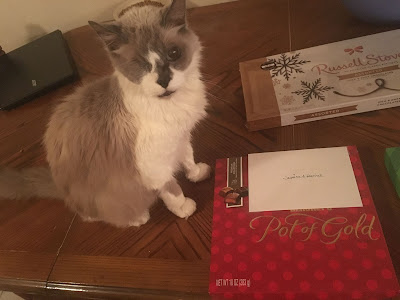 He mostly sleeps on his old man chair. Tina decided she wanted to sleep there too. Doesn't he look like he's saying "MOM she's in my spot!" 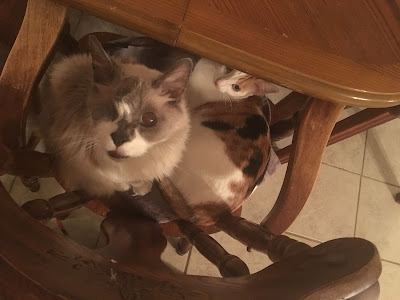 I spent the rest of the weekend working on my little sewing projects and listing some stuff on Etsy & Ebay. I sold 13 items over the weekend so that was a good motivator to list some more! (all books & patterns)

All 4 cats came into sew with me at some point. Tubz (Tubby)  was pretty much with me the whole time. She's about outgrown her basket lol 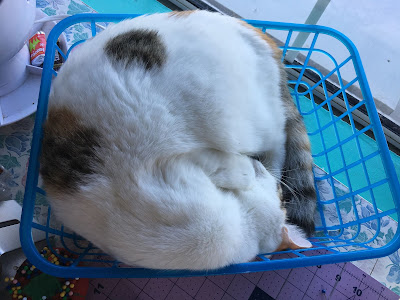 Fits better in this one (her foot was cracking me up) 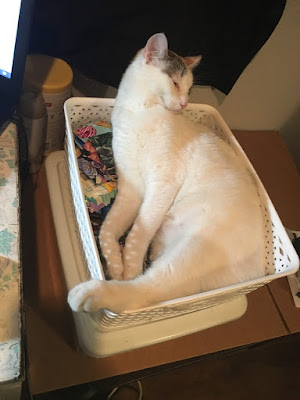 Watching the wild cats outside & birds 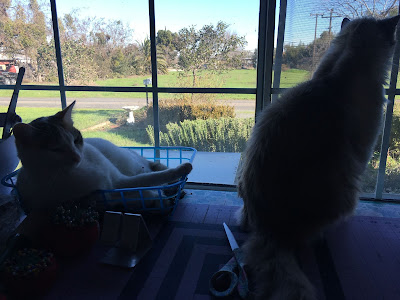 Tina on the right 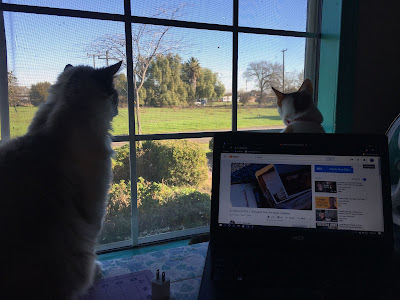 I actually got caught up with all the You Tubers I like to watch. I somehow got hooked into watching people who buy & flip stuff (go figure). I mostly watch Blue Bus Dave (favorite), Paper & Moose, Bargain Barron's, Crazy Lamp Lady & Gemini Thrifts.  Now I just started watching a few that do some sewing stuff too but I can't remember their names.

I also finished watching Season 3 of Outlander (anyone else wonder why they don't all just go to 1960? less people trying to kill you...) and Season 2 of "You" which is disturbing and I probably won't watch if there is a season 3. 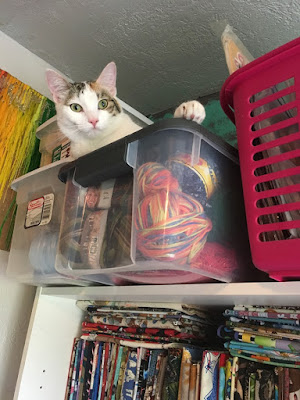 New wild cats, I pretty much see the same 4 or so but there were these 2 out there. My neighbor feeds 1000 cats I think and tries to get them fixed but can't catch them all. 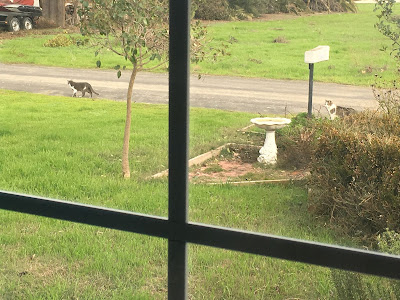 Look at these cute fabrics. This one is vintage, came out of some scraps I bought somewhere. It was a partially made dress. 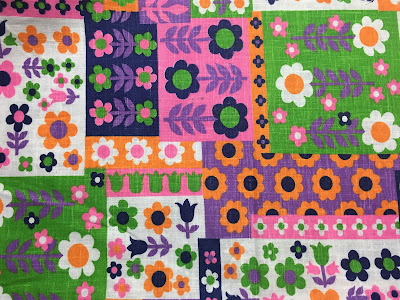 This one is funny! 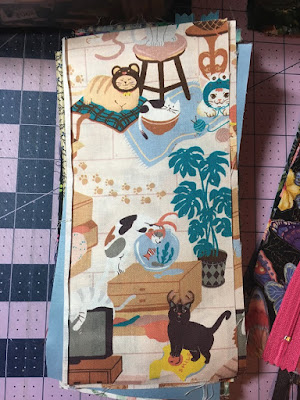 I had went through all my animal fabrics a couple weeks ago and wound them on boards for my little fabric store set up I'm working on and cut some for little bags and mug cozies. 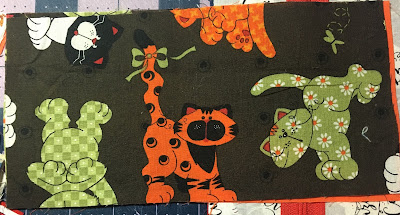 I finished up these key chains I had started too. I had hoped to get them done before Christmas but that didn't happen so we'll just have them for the next craft show. 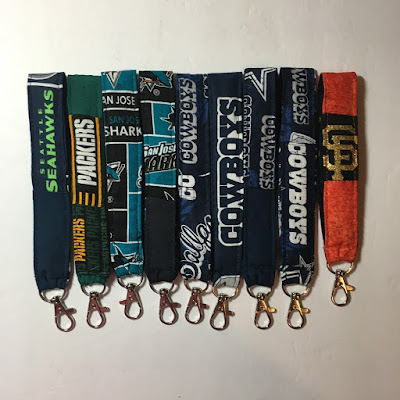 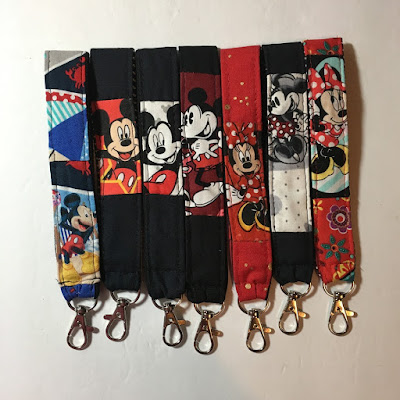 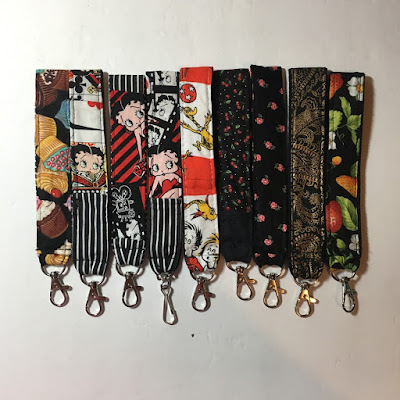 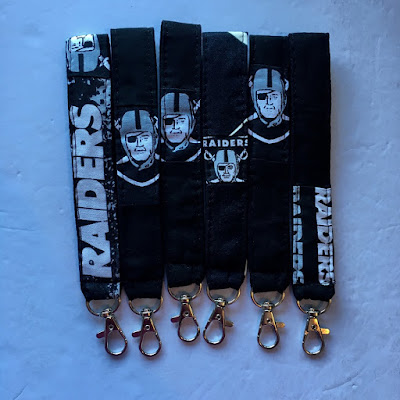 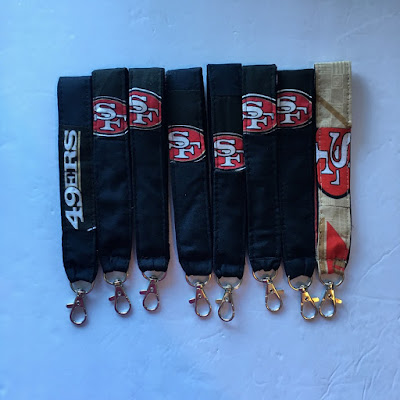 I finally called it quits at like 11:30 last night. I was matching up inside fabrics and zippers for the little bags. Started to feel a bit cross eyed so figured I should call it a night! 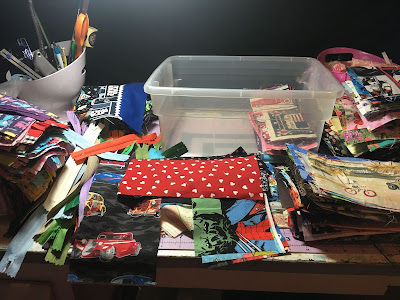