So today after work I was totally exhausted so I laid down to "read" for 1/2 an hour and woke up an hour later. Then I had to make dinner. I had planned on making this Mini Chicken Pot Pies recipe and knew it was going to be a late dinner. 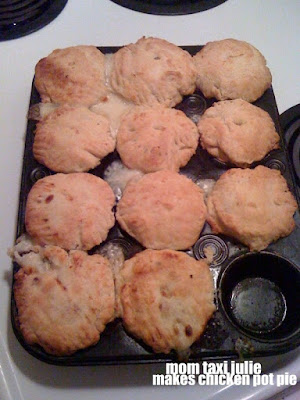 The recipe says it makes 6 pot pies. We have 5 people and well, lets face it, we all eat more than we should so I doubled the recipe. OH MY GOD. So it made 12 pot pies AND a whole regular pie plate full of pie. The original person must have had some large muffin tins? Or small measuring cups? Either way, we are set for lunches for the rest of the week.  I could have even made more if I had realized that it was way too much before I put the mixture in the pans. I could have split the bottom crust portions in half again. Notice how hers are all cute, mine, over flowing. BUT they were delicious!


I was surprised they actually popped out in one piece. 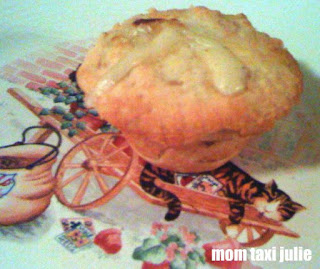 Do you like my plate?
My Grandma bought me those years ago.
I ended up buying more off of eBay since I liked them so much. 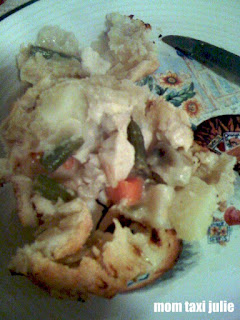 Could have used a bit more of the "juice" inside.
Probably if I didn't have so much dough on the bottom it would have been better.
They were really good though. I'd definitely make them again.
and look! Dinner for another day. 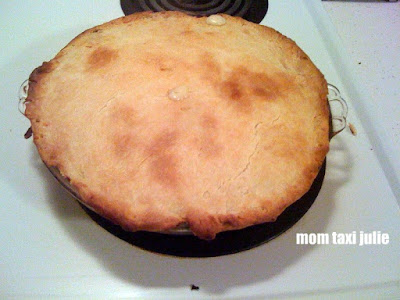 Okay I'm lazy and I would use store bought crusts but this is a great idea to make them in muffin tins. I Love chicen pot pies. Thx!

Your pies look as good as mine! lol
Hope they tasted good too.

HAHA Sounds like it tripled the recipe! They look super yummy!

those look yummy. I get so many book and recipe ideas from you lol. I wish you didn't live across the country! We'd have a blast.