Lunch Date and Off to College!

Thursday I wasn't feeling all that hot but still went to work for a bit and then I got off early to go to lunch with my friend Sarah! I haven't seen her in almost two years. Every time they come to California they have too many people and places to go but FINALLY we got to go to lunch. We went over to La Morenita, our old lunch favorite from back in the day when we worked together. We MAY have had more than one margarita. Ummm hummm them things are good! 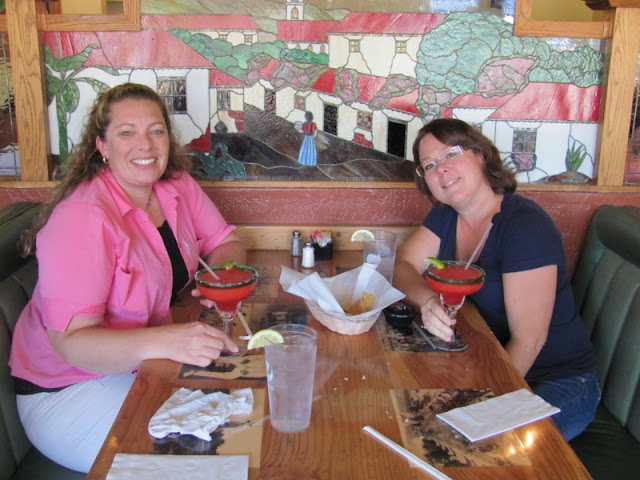 After I got home I felt like shit so I just laid on the couch and said "sure' and "whatever" to the kids while I dozed. Eventually Scott got home and we decided to go out to dinner (Chili's) for Jessica's last night home. On the way we went for Scott and Trevor to get hair cuts and the three of us girls had a great time chatting and giggling. I'm going to miss that the most! We got home pretty late and I was exhausted so I think I yelled a few things at everyone and went to bed.

Sometime that night Scott wrote this on Facebook. I want to put it here so I will always have it.

Well, in a mere 8 hours we'll be packing up and heading for Monterey. It's hard to believe that my little girl is all grown up and leaving for college. It seems like only yesterday we were bringing her home from the hospital. The house is going to feel a little empty without her, and I am going to miss her alot. But a bird has to spread her wings. And, even though I don't say it enough, I am very proud that she is my daughter, and of the woman that she has become. GO OTTERS!!!!!!

I'm glad I didn't read that until the next day or I would have been bawling all night!

We got up early to get the kids ready for school and to get Jessica's stuff all packed up! They did all the work and I just wandered around making sure she didn't forget anything. 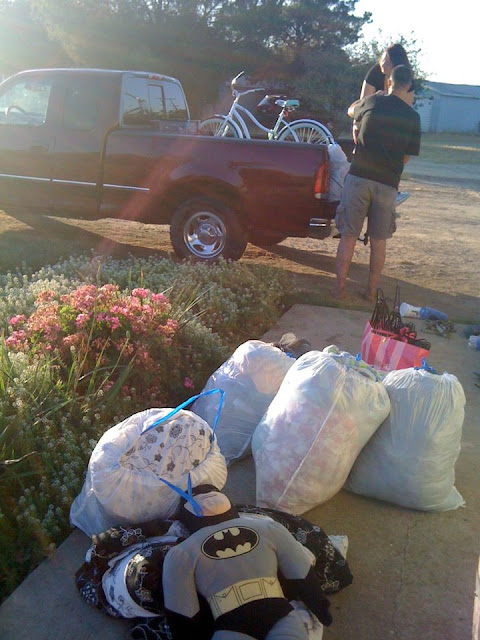 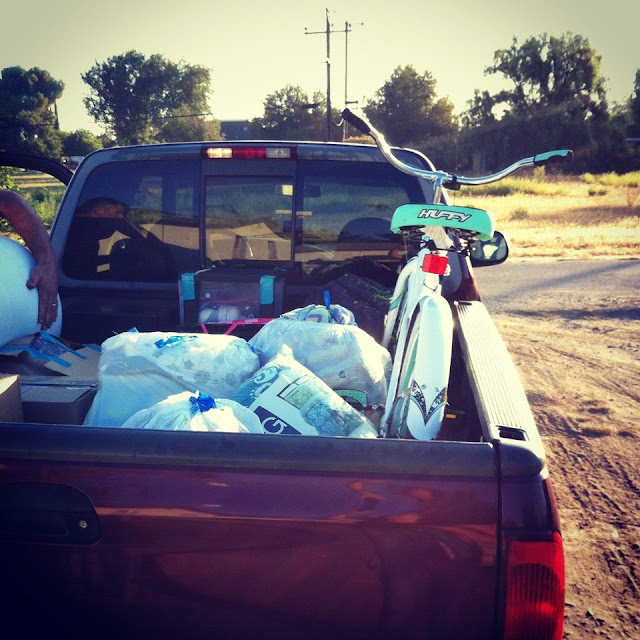 The college experience started with lots of lines. Line for this, oh you are in the wrong place, go wait over there in that line, etc. THIS line however? CRAZY! It's the final line, to get your dorm key. I stood in this like (while she took care of the stuff in the next one over) and by the time she was done I was half way to that table. Poor Scott was stuck babysitting her stuff on the other side of the dorm. 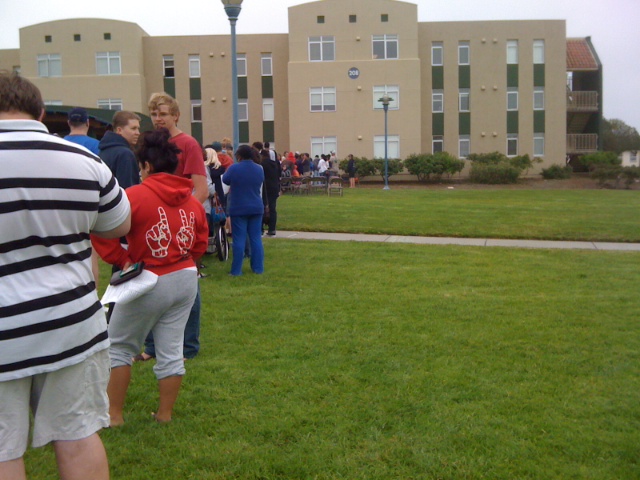 Luck for us the volleyball team was volunteering. They helped us take all her stuff up three flights of stairs. There was so many of them I only had to make two trips.

Look at what her roommates did, very cute! (they were there a few days ahead of her for a different program they are in) 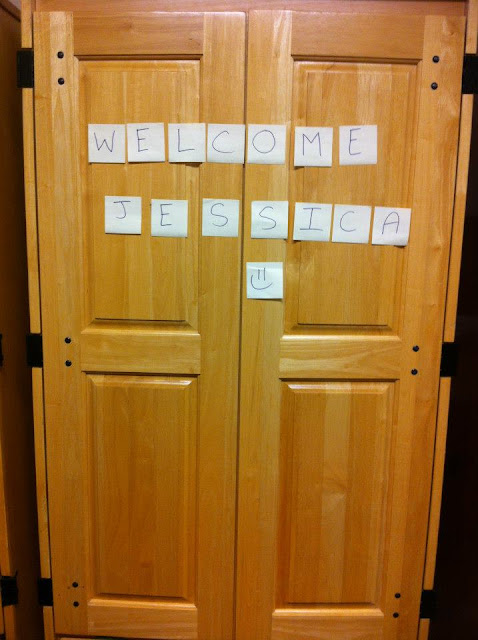 Well we got it all up there. 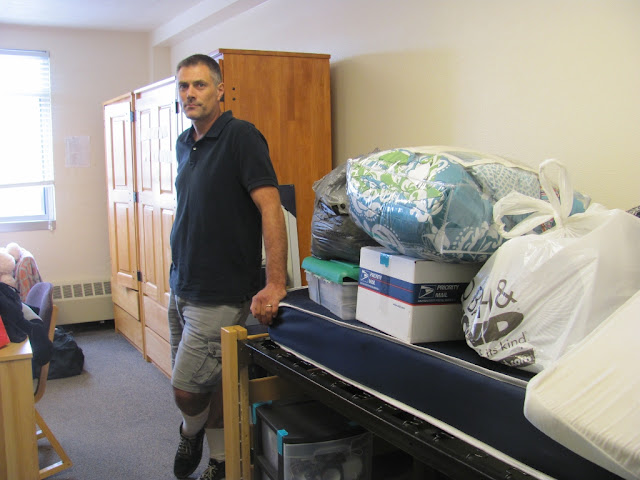 She got it all arranged nicely. 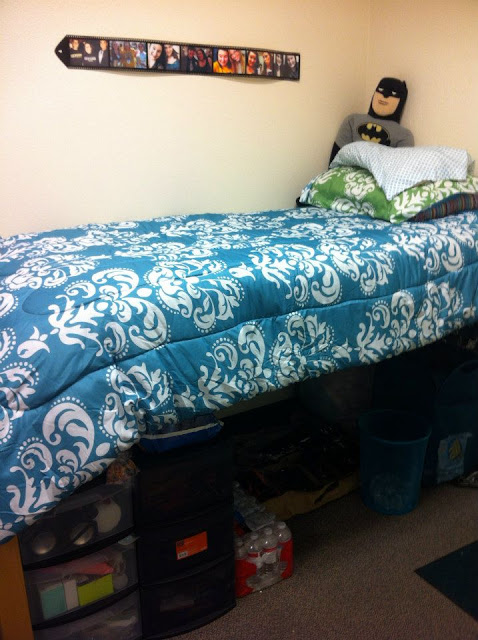 After we helped her get everything unpacked we went to Target and got a few more things she needed and a whole bunch of food. Can't have my kid starving!

We brought it back and got it all put away and then we all went out to pizza. When we got done we took her back to the dorm and said goodbyes. Scott and I were staying in a hotel close by for the night so I told her we could take her to breakfast or lunch if she wanted but it was up to her.

We went to our hotel, which was a Howard Johnson in Salinas. We sat and watched tv for awhile and then went to the movies. We saw The Campaign. It was pretty funny and raunchy as all Will Ferrell movies are.  The movie theater had free refills on the sodas. Since we were pretty full from dinner we just got a large one and shared it. Scott got up and refilled it once during the movie and since we were going back to the hotel I refilled it again when we left. 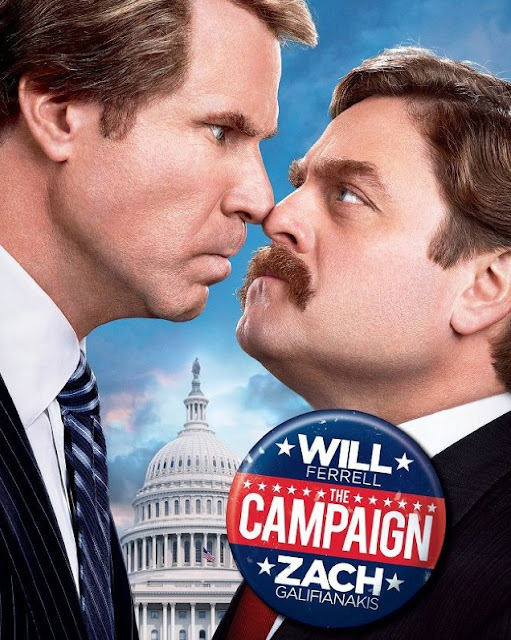 We got back and watched some more tv and I was dozing and then Scott woke me up complaining that his heart was just racing. He thought he had just had too much caffeine. I'm not going to lie it was a bit scary. He took an aspirin, took a shower, tried a few different ways of laying/sitting and I was starting to feel a bit desperate on what we were going to do. I had him roll over and gave him a massage and that finally did the trick to calm it down. Weird isn't it? He has sworn off all soda with caffeine now and I can't say I blame him. That was some scary stuff!

The next morning Jess sent me a text saying she wanted to go to breakfast so we checked out of the hotel and went and picked her up. We made our way to Denny's and then afterwards we were trying to decide what we were going to do. I don't think Scott quite wanted to let her go yet. So we decided to go down to Cannery Row and walk around. We walked up and down the strip and she even got a couple of job applications. I have to say it seems like there are a lot of places to look for work in this area! Hopefully she's able to get one.

Our favorite street in the area. 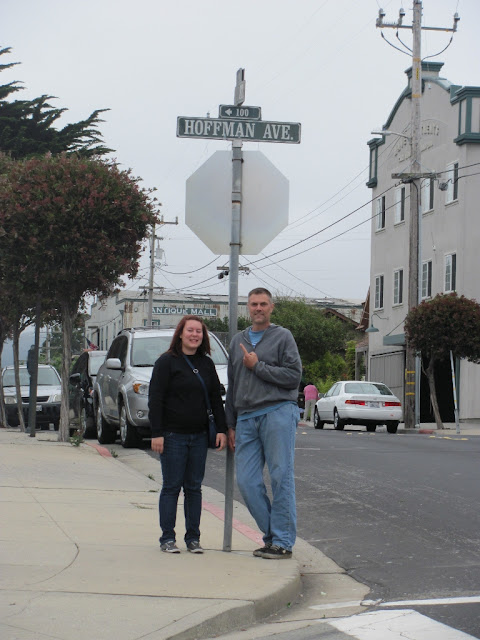 After a few hours we took her back to school and dropped her off. Amazingly none of us cried! I think it helps that we are always texting each other and I'm now a stalker mom on Facebook looking to see if she posted anything new :)

Awwww first one to leave home!
I can remember that feeling... only I wasn't sad... I was thrilled to bits SOMEONE was finally leaving!

What is she studying and what does she want to do with herself in the future?

She gets to go to college in Monterey?! Lucky gal. Oh, I remember Cannery Row! Does it still have the merry-go-round a block above it?