This morning I got up and weighed myself and WOOHOOO PARTY TIME!!

I am down to 154 pounds. Which is FIFTY POUNDS less than I weighed when I started Lose It. I was just looking for the date that I started. March 6th I believe.

Man, go read this post, this was my first one on my new "diet".

I was really pounding the Girl Scout Cookies right before (and up to) when I started it. I had ordered I think SIX BOXES from a girl at work and kept them all in my drawer. I didn't even bring them home to share with the family. Every day I would take out a couple and eat them. Then I would eat a few more, and a few more, until I had ate half a box. Add in drive through breakfast, fast food lunch and sometimes eating out for dinner. It's no wonder I was so heavy. 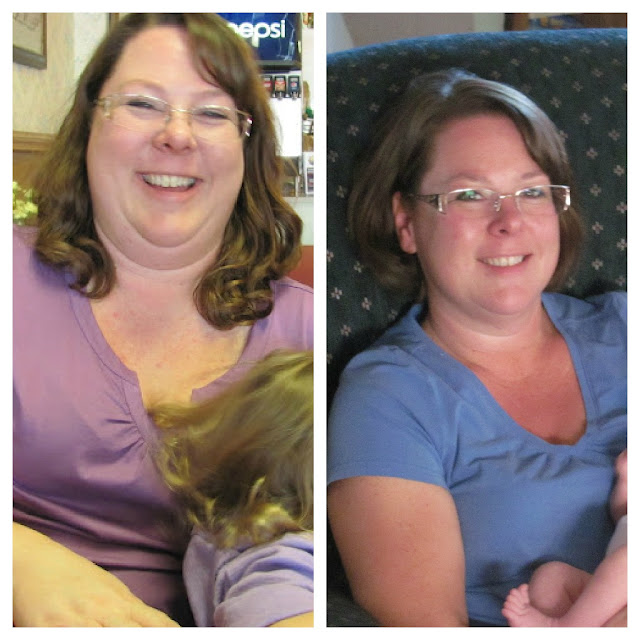 I've been this weight before. The last time was 13 years ago, right after I had Melissa. I was doing Weight
Watchers before I got pregnant with her. I lost about 40 pounds or so and then I got pregnant. I was sick for almost the entire pregnancy (and she's my picky eater, go figure) so after I had her I actually weighed less than I did before I got pregnant. How awesome was that? She was born in April and Jessica started Kindergarten in August. She got out of school around noon and I had just enough time if I drove real fast to get to the meetings at Weight Watchers. Of course, that didn't last long and soon I had quit going. I think my lowest weight was 153. I think I tossed out those old papers but maybe not. I'm going to look for them.

This time I am determined to not let myself slip up again. I have to stay focused. I know, who wants to count calories for the rest of your life? I do. I really do. Well at least at this point I do. I know at some point I'll probably be sick of it all but right now I actually enjoy having the control over what I am putting in my body. My input and output. It does take a lot of work but I do not feel deprived.

If I want cake I eat cake. Usually a small piece and make sure I log it. Donuts at work, not so much. They are so frequent I can't allow myself to go there. (Although they've slowed down a lot since my boss is doing Lose It too!) I think it's about knowing your trigger foods. I do not go to Chinese food. Chinese food I'm afraid will be my un-doing! But Sushi? I am okay with that. Like I said, I don't feel deprived. If I want to eat something and I FEEL IT'S WORTH IT, I will eat it.

When I first started tracking what I was eating I didn't exercise at all. I dropped a lot of weight. Eventually I felt like I WANTED to go out and go for a walk at work (a lot of times that was to escape the donut box though!), I WANTED to go ride my bike with Trevor. It was hard at first so we just went a little bit. But before I knew it that little bit wasn't long enough and I just wanted to keep going and going. Eventually I want to get a street bike and maybe work on being good enough join some riding clubs. I need to save up for a bike first though! 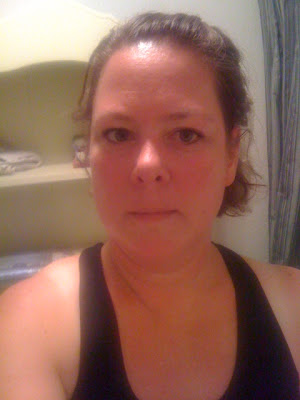 I started doing the couch 2 5k running plan. I finished week 6 day 2 today. That was the last day of interval running. From now on it will be all running. I've already downloaded the 5k-10k app. I ran the 5k last weekend and I'm signed up for another one in November.

I joined the gym and started with a trainer. This is a smaller gym. Plus to that? Only $15 a month. It only cost me $100 to sign up. They tried to sell it to me for more but I had seen the price online so of course that is what I paid. They are tricky salesmen, go in informed!! I have since ran out of my free sessions with the trainer and have started paying her. It comes out to about $20 a session. I will pack my lunch for 2-3 days and that is the same amount of money as I would have spent going out to lunch. Or 4 Starbucks. It's your choice what you chose to spend your money on. I've decided I'm worth it.

This journey isn't all easy, some days are really hard! But I feel so much better, so much more in control, and I never spend time crying in the dressing room anymore.

I'm not sure how close I am to being done "losing weight" I have my goal set to 149 (I'm 5'5" tall), that is "normal" according to the BMI chart (yes I know, it's dumb!) I'm thinking that might still be my goal but I'll have to see how I feel when I get there. Other than my stomach area I am happy with how I look. We'll see how it looks in 5-6 more pounds. I think I weighed 145 my senior year of high school (and most likely when I got married but I don't think I owned a scale then). I don't think I will look good much lower than that!

Whoop whoop!!!! You are about amazing as I have ever seen. You are an inspiration and I can't say how amazed and blessed I am knowing you did this!! This is an investment into a healthy future. I just aspire to be as amazing as you some day!!!

Congratulations!! That isn't easy and it's hard work. You make us proud!

Julie, I think you look slimmer now than in your wedding pic! especially your face. My face and belly have always been my problems, at any weight. 147 is my goal and it's sooooooooooooo slow. (I'm 5'5 1/2) I am so happy for you that you stuck with it! when you are 'done' is the hardest time. You're an inspiration!
Laurie

Congrats to you!!! I am jealous!!! You kicked butt and you look amazing!

Congrats mama! you deserve to celebrate that hot ass this weekend! live it up :)

holy mackerel, Julie! I won't recognize you if you come out for plants again in the spring! amazing work, beautiful, you're killing it.