I set a goal of running 70 miles for the month of January. As usual I'm a procrastinator and am trying to get them all in these last couple days. I did 5 tonight. 11 more to go!! Not sure if I can squeak those out in the next two days. I might have to break them up into a few shorter runs  if my legs will allow it.  I decided that instead of going to the gym today I'd try to get closer to my goal.

Trevor wanted to come with me. I know whenever he tags along that I'm not going to be breaking any PR's. I had him ride his bike and we chatted a bit while I was running. I did quite a bit of walking too. It's just too hard for me to really focus on running while chatting. But it's ok! I think he had fun hanging out. 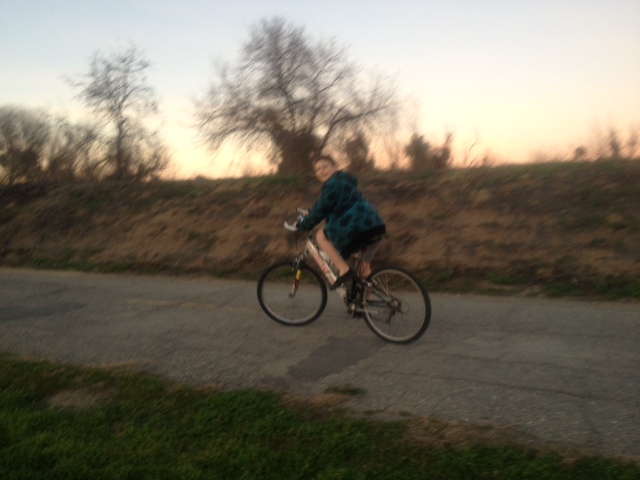 The sun started to set while we were out, look how beautiful it is on the lake. 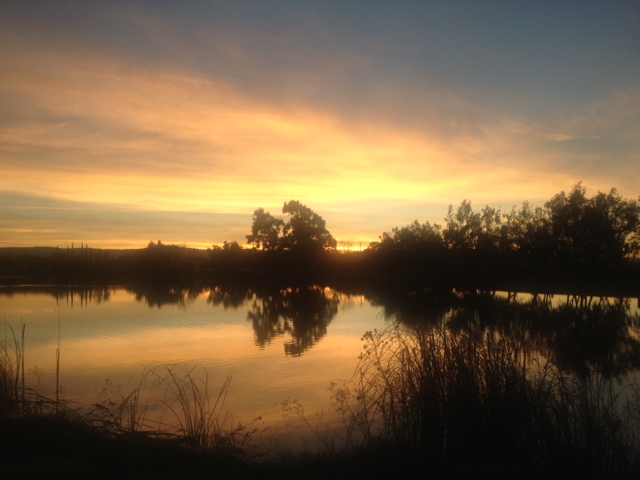 There is a pasture area next to our club property and some cows were right up next to the fence. Trevor thought that was pretty cool. 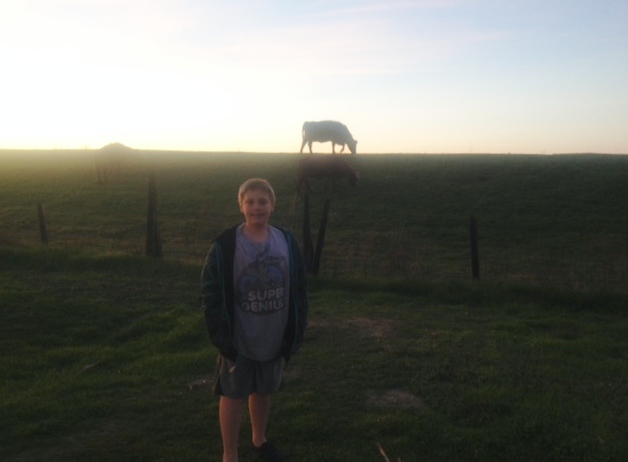 You'd think that after 5 miles of him riding his bike and doing some running too (he dropped his bike off at home before we did the last mile) that he'd be exhausted too but he's just jabbering away. I, on the other hand will drop straight off as soon as my head hits the pillow.

The Journey To Get ME Back said...

Looks beautiful!! I'm really missing my outdoor runs in the country in the early morning. Treadmill running is just not the same!!

Even if you didn't set any personal records, it was great that you were getting some exercise with Trevor. Teaching and modeling healthy habits - that's awesome!