How about a little "Transformation Tuesday" 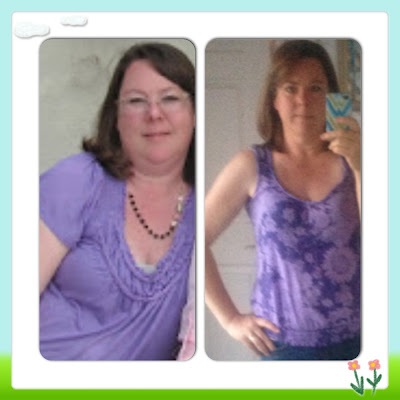 I like how I'm wearing purple in both without even realizing that was what I did haha. No wonder Scott calls me the purple lady.

I love "Transformation Tuesdays". At the Fit Camp today (private Facebook group) everyone got into it and posted pictures of themselves. It's really awesome to see such a huge transformation in so many women.

But to me, the biggest transformation is not only on the outside, but what is on the inside too.

Today I read someone's blog post about how they are just so fed up with their husband. As I was reading it I was thinking man oh man, this is sooo how I used to feel all the time. She was describing Scott to a T. Her husband never wants to go out, pretty much acts like he is miserable when he does go out and is generally depressed most of the time. Scott was like that a lot. But since he has lost weight and started exercising he is like a whole new person.

Yesterday I was so itching to go out for my run but I waited for him to get home and have dinner before I went out.

The sun was setting. 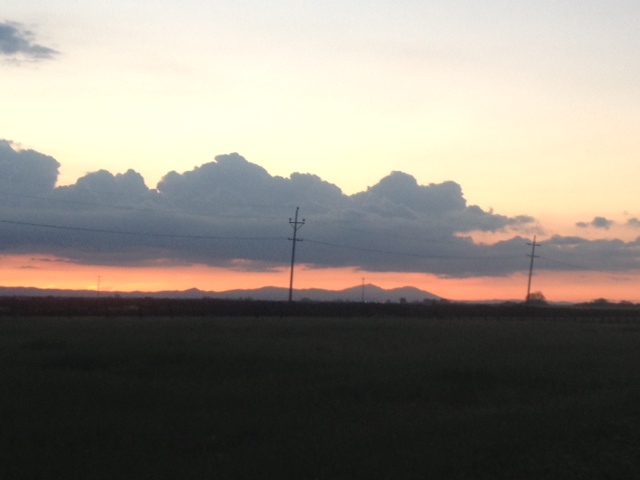 I had my cute husband with me. 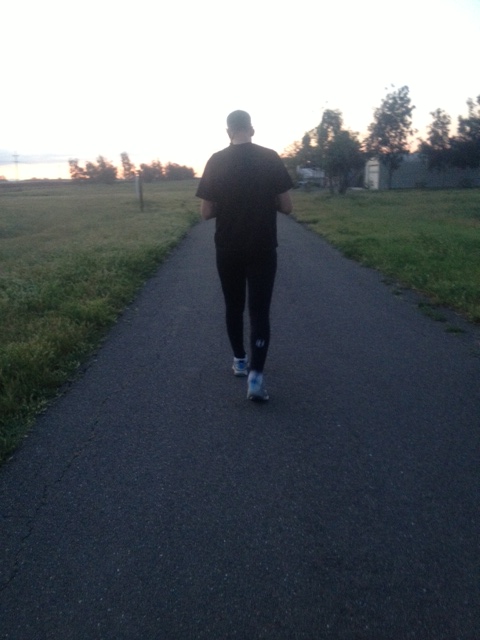 He's doing the 5k-10k training and he had a 30 minute run. He was done and it was so close to being 3.1 I told him I had to finish it out so I kept running at that same crazy pace. I was BEAT when we got done. I came in the house and laid on the floor for awhile before dragging my ass to bed.  If it wasn't for him being with me I would have called it in after the first mile and walked home.

Tonight I was so tired. But it was gym night! Gotta get 'er done!! Now if it was just me I might have said "oh I'll just skip it" but because I have him going with me and it's our date of sorts I put on my shoes and we went.

I've decided to do this squat challenge 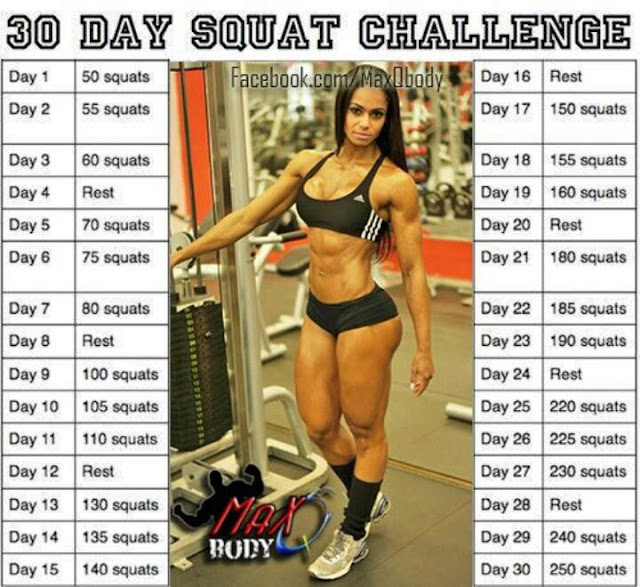 and we were walking around trying to decide what we were going to work on tonight when I remembered that I could use this dumbbell.

I've only done it once way back with the trainer but we figured it out. I started off a bit lighter and then went up a bit. 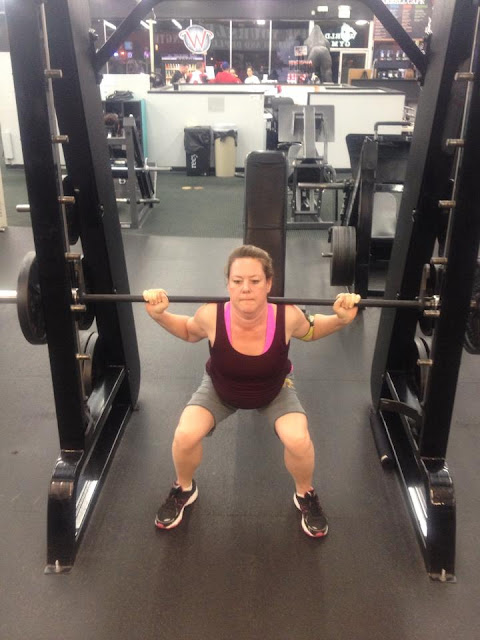 booyyaaa baby. Maybe my ass won't be so flat by May 1st?

Scott did it too 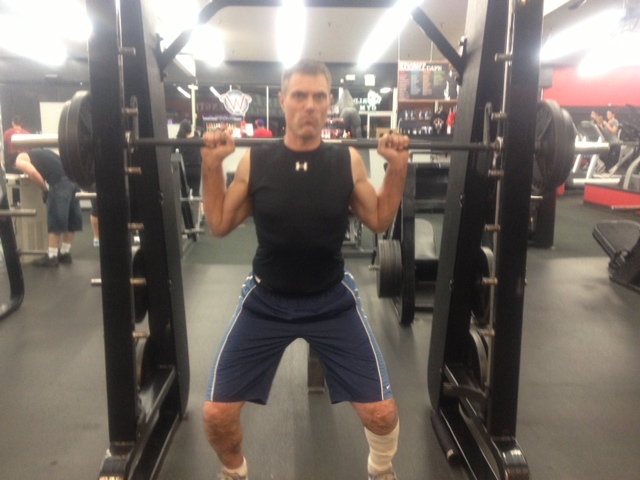 It still amazes me how thin he is now.

We did a bunch of arm and ab work together and had fun hanging out. Nothing like seeing  your man doing bicep curls ::whew::

Before we barely talked. He'd come home super late and pass out in the recliner. I'd walk around moping and being pissed that he got home so late and passed out in the recliner. Losing weight together and working out together has brought us so much closer. I never imagined we'd be in the place that we are now. Every year before our anniversary I'd be contemplating divorce. It sounds bad but its the truth. This is the first year where I'm like woohooo we've made it another year and I'm so looking forward to the next one!

Labels: before and after pictures, gym rat, marriage is harder than you think, running, squats, transformation, Weight Loss

Now I know who took the squat pic! You inspire me as a woman, mother, and wife!

What an amazing post!!! I am sooo happy for both of you!!! Hard work and dedication pays off!!!!! Thanks for the inspiration - you have a cute husband and he has a cut wife!!! You are both very lucky!!! CONGRATS on the life changes!!!! :-)

Julie you have done so awesome!! It motivates me to get to that point. Pretty sure that sculpted look won't happen. I love the new life you are living and how well things are going. It seems like yesterday it was so the opposite. Only important thing missing is me!! :)