Last Friday I went to work and then came home and washed the car. Because it was over 100 and that just seemed like the thing to do. 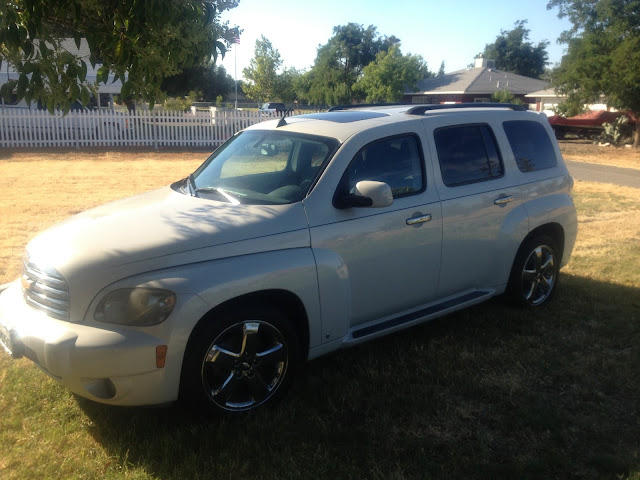 Then I went inside and tried to stop sweating to death. I'm pretty sure we ate something for dinner but I can't remember what. Scott passed out in the recliner super early and I went over to my friend's dock to hang out. The sunset wasn't as pretty as it is sometimes but it was still nice. 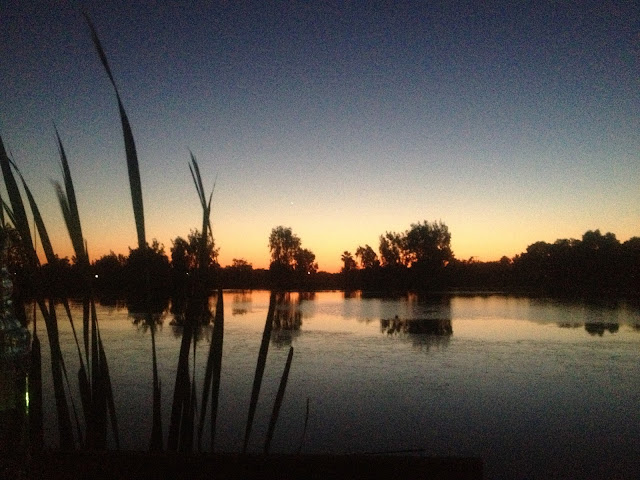 In the morning we got up and had a nice breakfast, washed some last minute clothes we wanted to take with us on our trip and then FINALLY left. We stopped first to drop off the youngest 2 with my Mom and then we had to stop at Target and then Wal Mart to get a couple more water bottle holders and water bottles for our big ride.

It took us about 3 1/2 hours to get to Ukiah. We stayed at the Travelodge Hotel there. Reasons we stayed there? It was the closest to the starting point of our bike ride, it was less expensive than some other places and they had a hot tub. We knew we'd be tired after our bike ride and that just sounded like a good idea!

Driving up to it it didn't seem all that great but the staff was nice and they had a big dining area where they have free breakfast. We got our keys and then went to our room and couldn't get the door to open. We tried both keys and then I took them back to the office. The girl reprogrammed them and then I went back to the room and still could not get the door open. Scott was kind of pissed and took the keys and went back in and came back with the young girl that was working there. She of course got it open on the first try with a hard jerk of the handle. So that's the trick! I never tried to open the door again but Scott learned the trick and did it whenever we needed to get in the room.

We hung out in our room for a little bit that night and searched YELP for some good places to eat in the area.  We had to go pick up our packets for the ride at a different hotel so we did that and then we drove down the road and found this little place called the North State Cafe. It was in the older part of town and it was super hot that day. When we came in it was pretty warm inside. One of the things that can't be controlled by being in an old building but they could have used some fans or something. I was just glad I still had my tank top on. 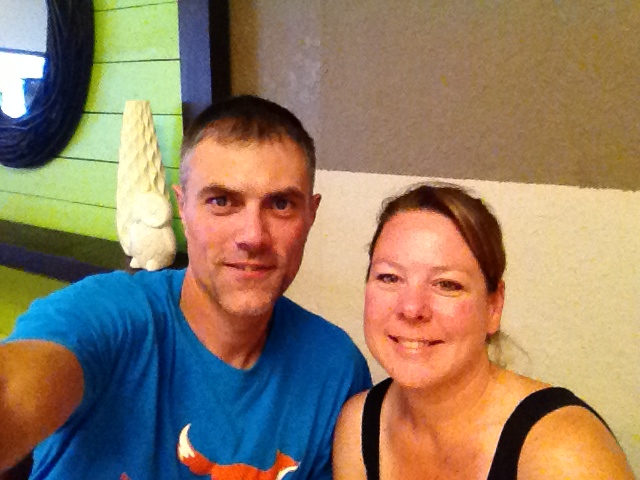 We were seated and had about 5 water refills before the waiter came to take our order. We did have small glasses and the girl filling them came back quick lol. We got the Asiago Baked Mushrooms for an appetizer (after doing rock/paper/scissors to decide who got to pick-I won!). I was kind of disappointed when they came out because I was thinking stuffed mushrooms but they were more like mushrooms in a cheesy sauce. They were good though, just not quite what I was expecting. 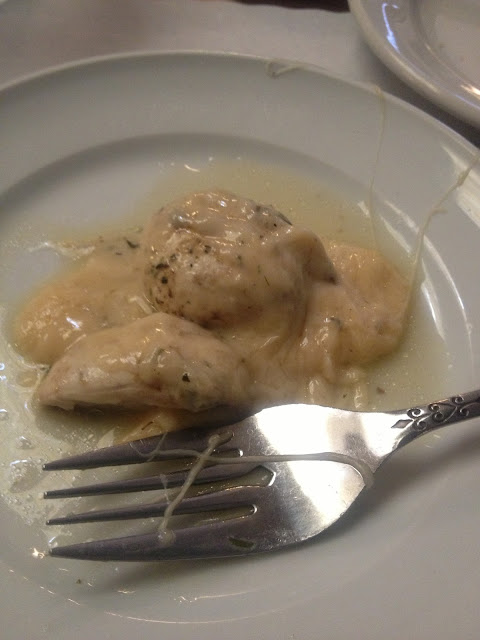 We both got a salad and I got mine as a spring salad with the Dijon dressing and it was really good! We also had fresh bread on the table the whole time. 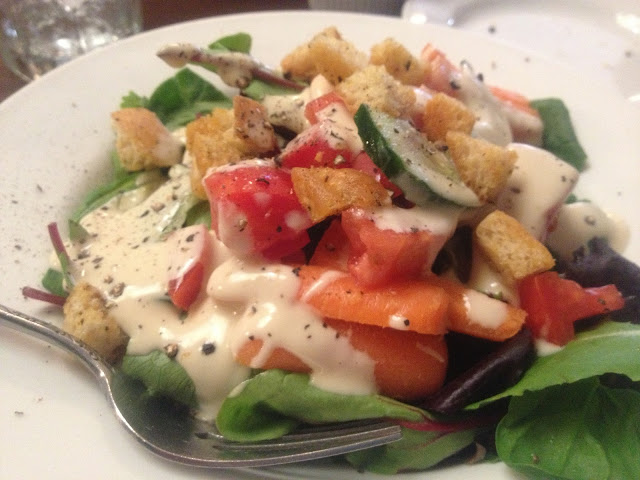 For dinner I got the Chicken Marsala Pasta 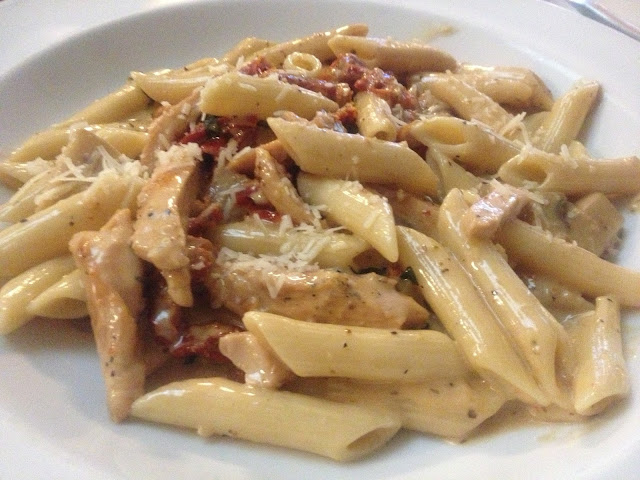 I'm not a huge pasta fan but I figured I better eat something pretty carby for our big ride in the morning. 62 miles is going to take a lot of energy!! The dinner was really good. What I didn't finish Scott finished up for me. He ordered a steak and potatoes which he said was really good. Overall it was a pretty good meal for about $50 for two people (we only drank water so with drinks of course it would be more).

After dinner we decided we'd walk back to the area where we picked up our race packets and go to the frozen yogurt shop we saw there. It was about a mile and a half away.  A bit far but not too far. 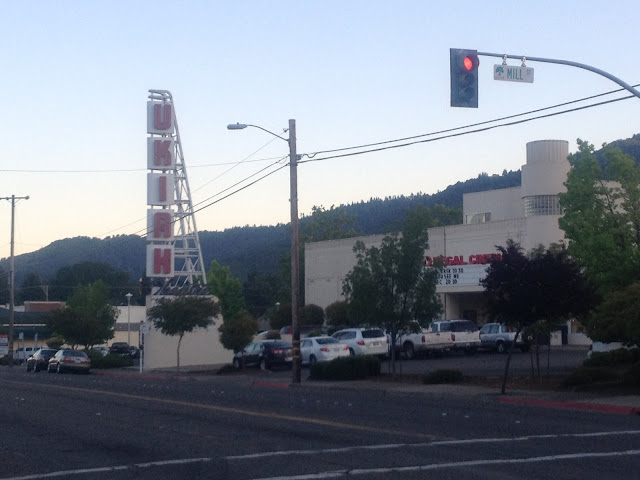 The theater actually had current movies playing there. Amazing! We can't seem to have a nice theater for more than about ten years around here before a nicer one comes along and puts the old one out of business.

This sign totally cracked me up. It was on a printing business' window. 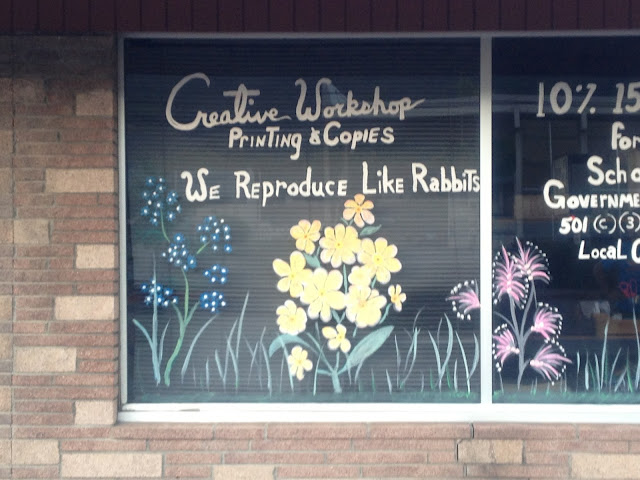 Walking along we found the sketchier part of town. Definitely wouldn't want to be walking around there by myself at almost dark. Finally we got to the yogurt place. AND IT WAS CLOSED. Like probably out of business closed. DOH! Totally sucked. Lucky for us there was a Starbucks next door so we settled for some frapps and walked back to the car. We saw A LOT of sketchy people. Not exactly a great place to be hanging out at night.

When we got back we got all our stuff ready for the morning and then went to bed. 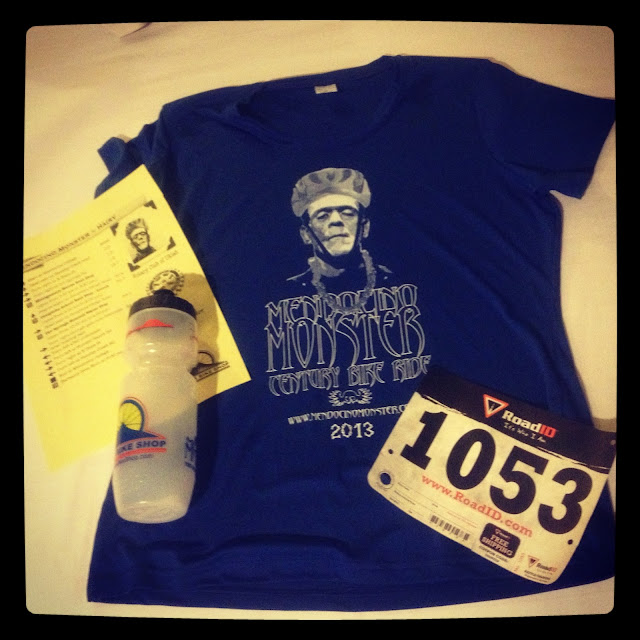 The plan was to get up and hit the free breakfast and then ride our bikes over to the college.