A week or so ago Trevor had his spring band concert.

The school puts this on along with an Open House night. Only now he is in 5th grade and they don't do Open House for the older grades. It was a super hot day and they had the concert in the "old gym". Which makes perfect sense to use the old gym that doesn't have much for air conditioning on a really hot day.

Usually they have a program but there wasn't anything this year. We got there early so that Trevor could be there on time. He was walking around quite a bit trying to find out where he was supposed to be.

There were several groups that were going to be performing. His regular band class where he plays the trombone was not performing because there was too many absent kids. I thought it would have been nice if they would have worked him in with the next class up so he would have got to play a bit, but they didn't.

The school apparently has 2 music teachers. One that does the regular band stuff and then another one that does extra things like choir, guitar, strings and percussion.

Trevor also does percussion so that was what he was doing that night.

The concert was really nice, the kids all did really well. The choir sand "Roar" and "What Does The Fox Say". Kind of fun for the kids to be able to sing something that they actually hear on the radio. 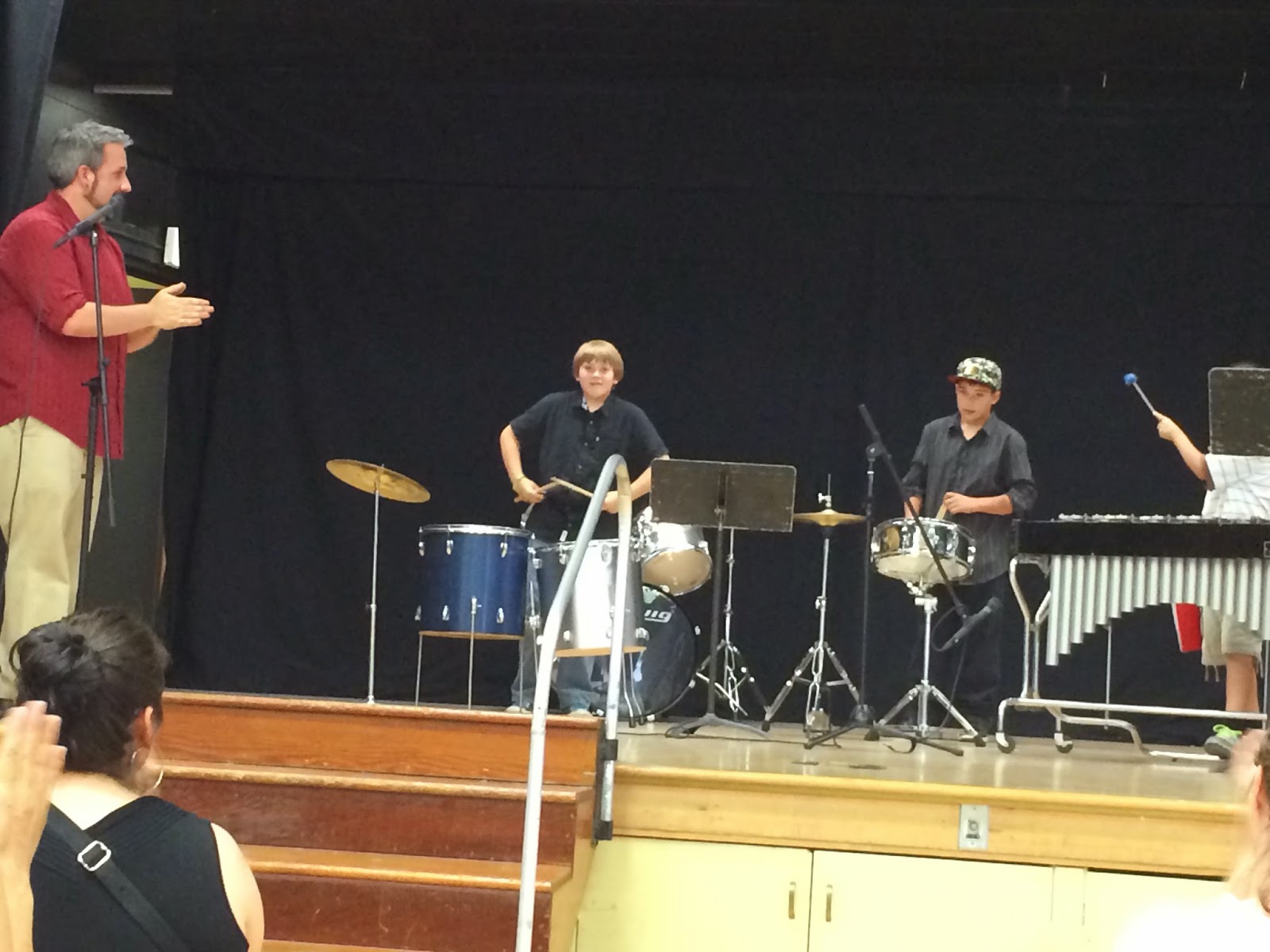 I think the kids did really well for only meeting once a week for about half of the school year. Trevor really enjoys being in band.

Well first of all it was hot, and with no programs it kind of seemed like the whole thing was an after thought. They didn't have the kids in a designated area to sit and so they were in and out the back door and wandering around. Good concert manners would have been to have some seats set up for the kids not performing where they would sit and watch the concert. I think they were really missing a valuable lesson there.

Also the parents that would get up and leave between sets when their kids got done playing. Yes, it's hot, but the whole thing was only about an hour. If you can't sit still for an hour you have serious issues. Also letting your younger children run in and out and talking to them without whispering is very, very rude. I actually hushed up a group of girls that were talking with normal level voices during a performance. Seriously? So rude.

I think maybe they need to bring back some classes in manners and how to act in public. Obviously the parents missed out on it too.Pin It
Posted by Julie H at 6:00 AM

Amen!!
Classes on manners and what constitutes rude would be an eye opener for the kids (and the majority of parents too) Like cell phone manners and texting manners would serve them well.

Well that sucks. It sounds like very poor organisation by whoever was putting on the concert.