I've been pretty tired lately. I'm pretty sure it has something to do with all the exercise that we've been doing.

Along with running a mile every day I've started running a few more miles 3 days a week to prepare for the half marathon I'll be doing in May with my friend Sarah. We are going to be running the Tinkerbell Half in Disneyland. I was so never going to do one of these races but SOMEONE bullied me into it and so now I'm going. It's just going to be a girls weekend with limited "Disney Park" trips since that shit is expensive. I think we are only going in the park one day, maybe 2 at the most. Originally it was just going to be me and Sarah but now her friend Juli is going too and Juli has a friend that is also running the race. So I think they are coming up with some fancy outfits or something and I'm over here like yeahhh haven't watched a Disney movie in years. I'm sure it will be fun though.

But FIRST is the work. You can really mess yourself up by just going out and trying to run 13 miles. Although you can really mess yourself up if you over train while preparing to run 13 miles too. I'm just in the first couple weeks of training so it's not too many miles at this point. I'm still definitely working on my stamina and have been dong a bit of walking with all my longer runs (like 3 miles being long). 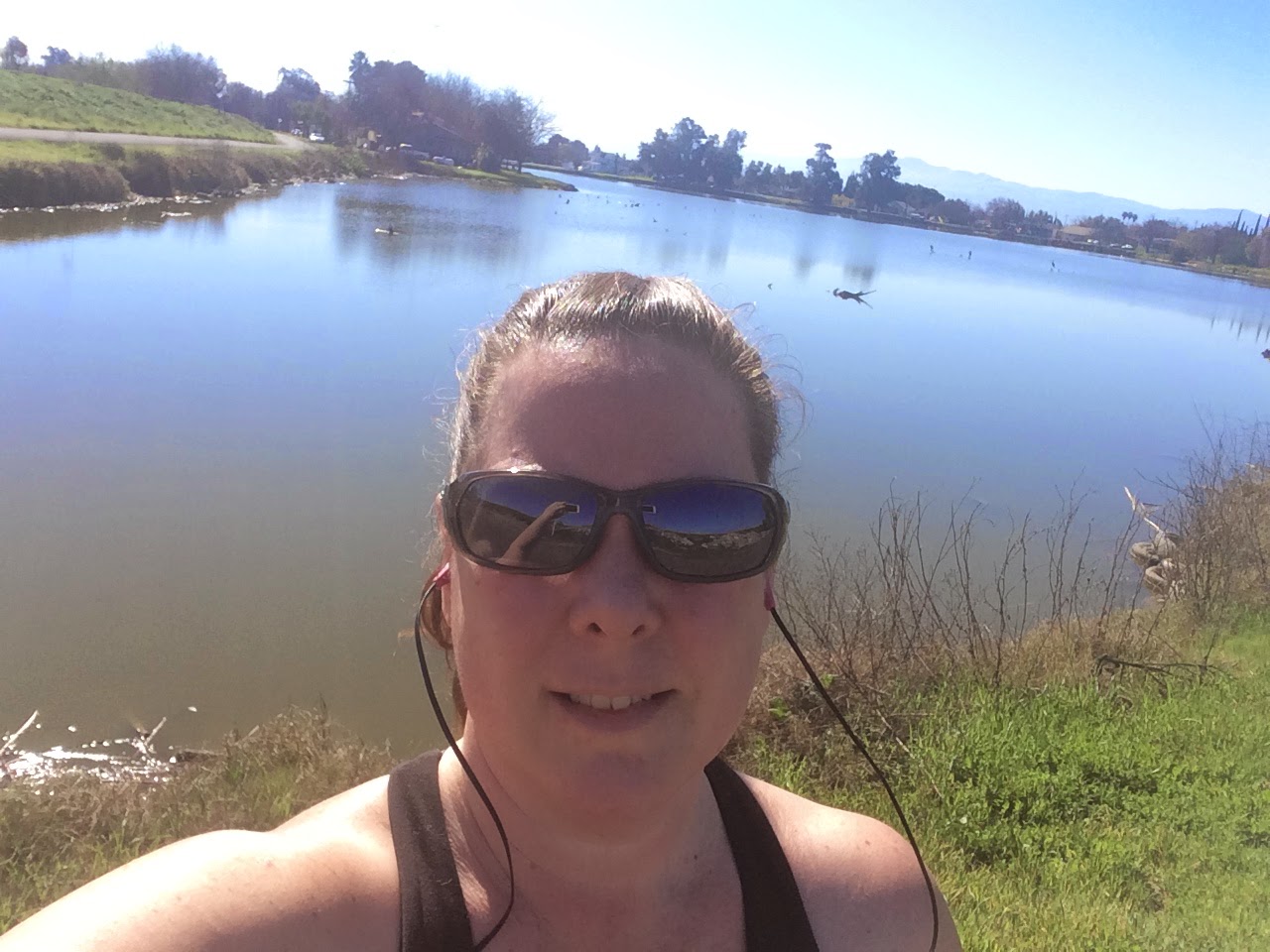 And we've been going to the gym two days a week most weeks, which isn't much but it makes me sore. We did leg day last Tuesday and I was still sore on Sunday. That's a long time to be sore. We've been doing the Jamie Eason Live Fit program again. This is Scott's first time doing it so sometimes we look like dorks watching a little video to make sure we are doing things right. But hey, who cares right? At least we are doing it. 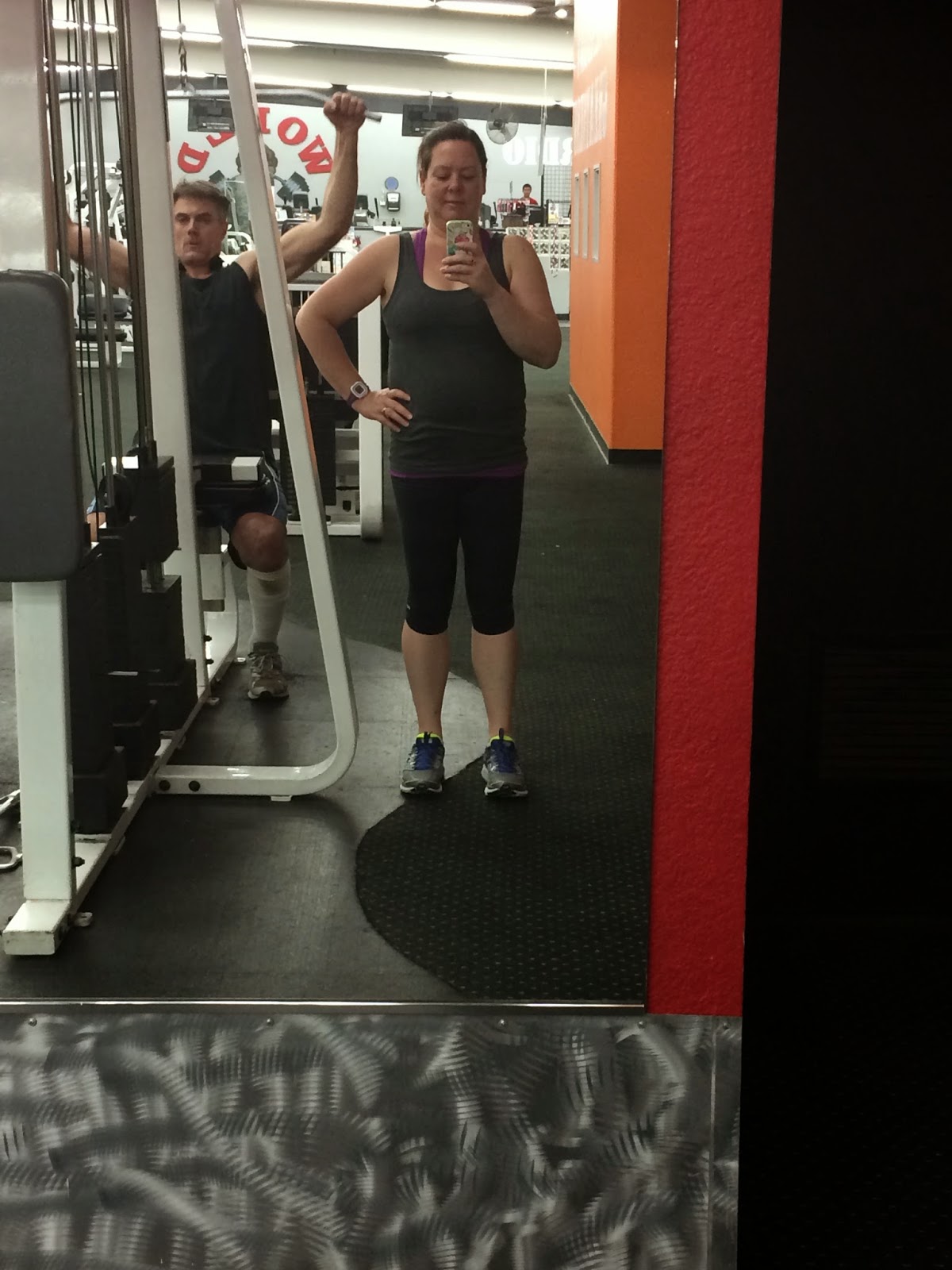 Scott has been riding his bike to work quite a bit lately. Usually he lies and says it wasn't foggy when it was because he knows I don't like him riding in the fog. He has himself lit up like a Christmas tree though so at least that's good. It's 10 miles to his work from our house but he takes a round about way to get there because our main road to town has scary fast traffic and no shoulder to ride on. So short story made longer he's riding 20 plus miles on the days he rides his bike.

I on the other hand have not rode my road bike since September. But last weekend we took our bikes out and rode to Manteca, which is about 10 miles away. We rode to Starbucks and got a (light) frapp, sat there for a break and then rode back. I was pretty much exhausted and he was like "that was a good warm up!" 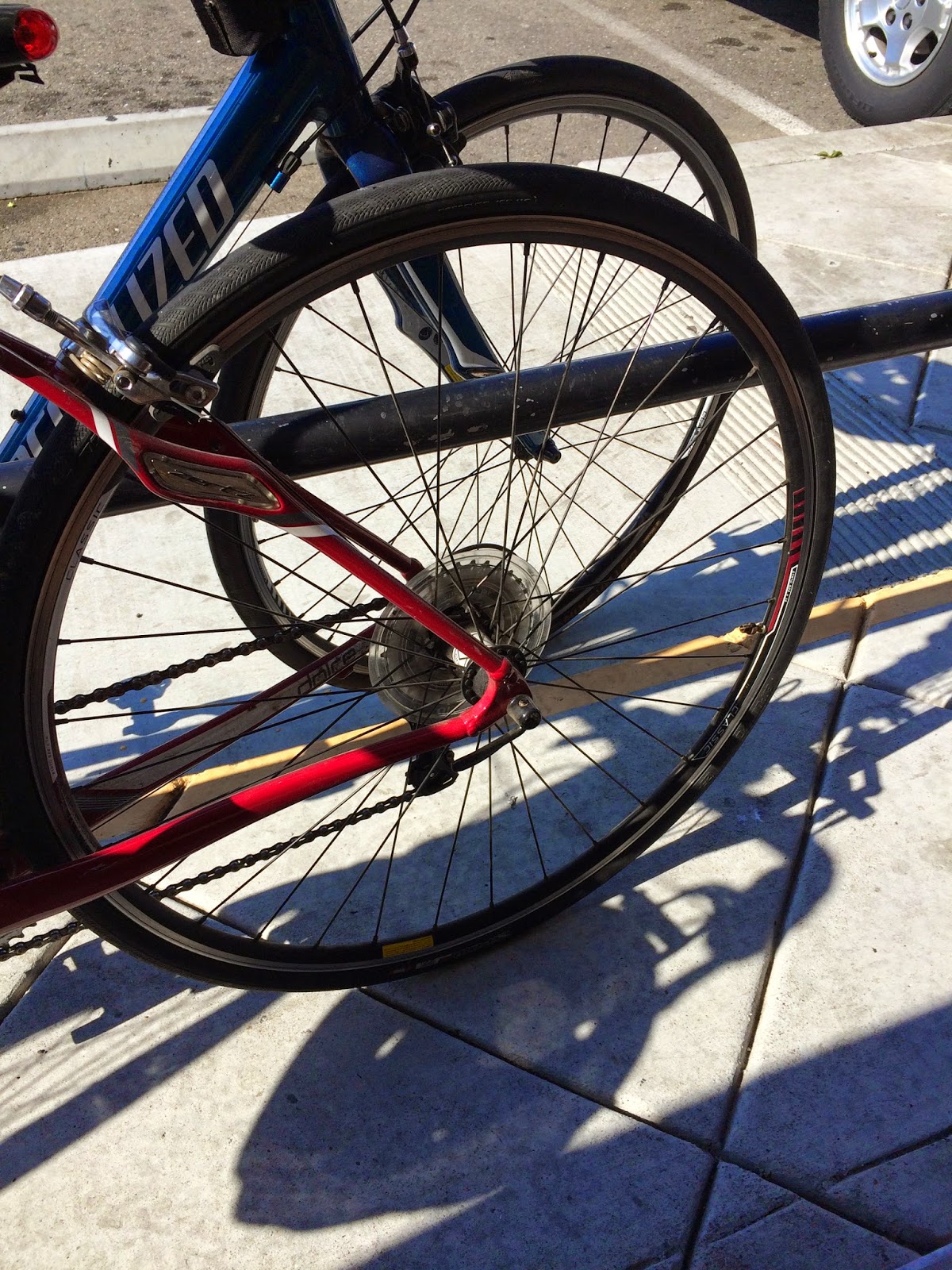 So all that on top of a lot of work has led to me wanting to nap a lot. I'm pretty sure that that's normal right?

Labels: biking, running, weight lifting, why am I so freaking tired?

I wanna nap and I don't even go to work! I hope you get on your bike a bit more often, even if it's just to meet ya man and ride BEHIND him all the way home! lol