Jess and her fiance Ariel came to visit the weekend of April 28th-May 2nd.

Melissa and I went and picked them up at the airport, came home and hung out a bit and then they said they were going to bed at my mom's little cabin. Later I found out they went to visit some friends in Manteca. Stinkers!

Anyhow, Friday we were having a birthday party for Jess on her actual birthday so we had to go do some shopping. We stopped by Scott's parent's house first though since it's been a couple years since Jess got to see her grandparents. They were sick the last time she came out so she wasn't able to go over there.

Jess was asking her grandma about her plants and we ended up with some good pictures outside. 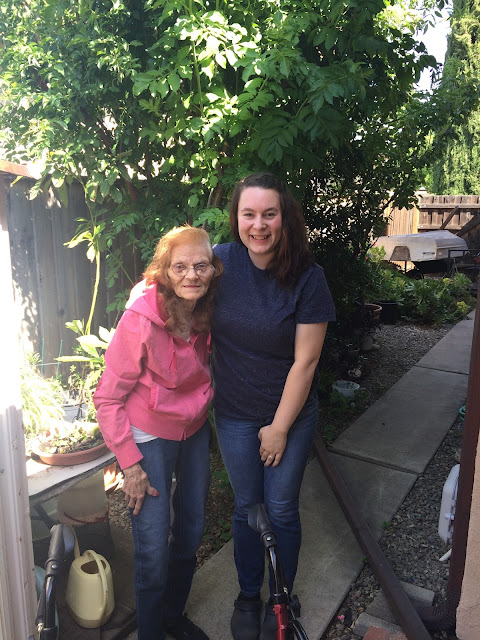 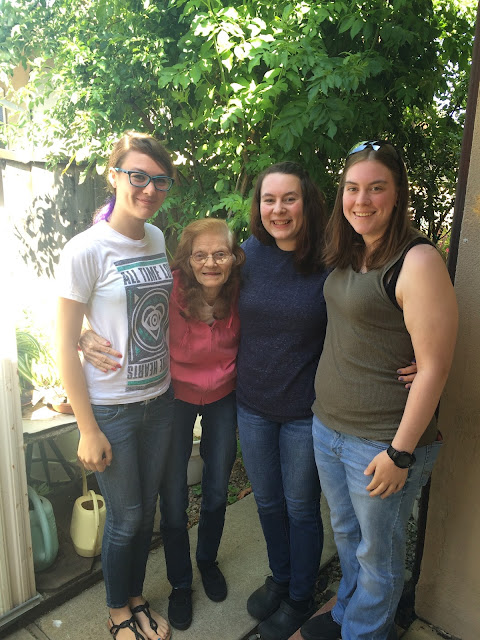 When I first met Scott this whole side of the house was just gravel. Now there are all kinds of things growing over there. Most of the trees were planted by the birds and are fruit trees. 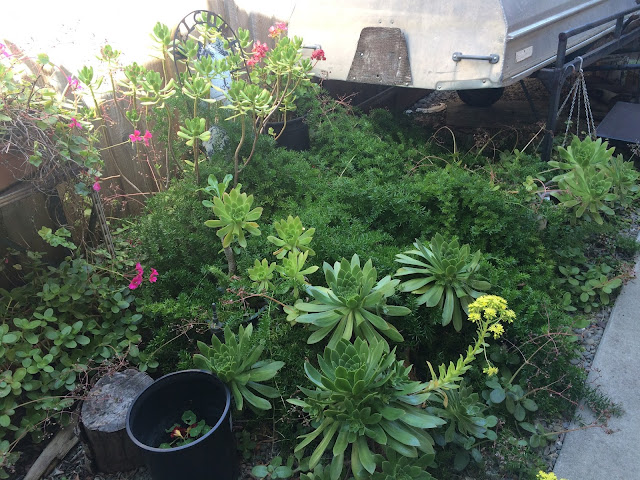 The girls were talking about the growth chart on the door casing and seeing if they grew. I think those days are over for the two of them! 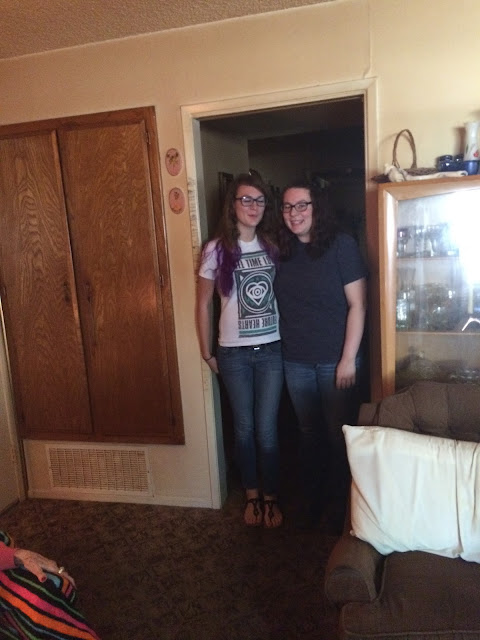 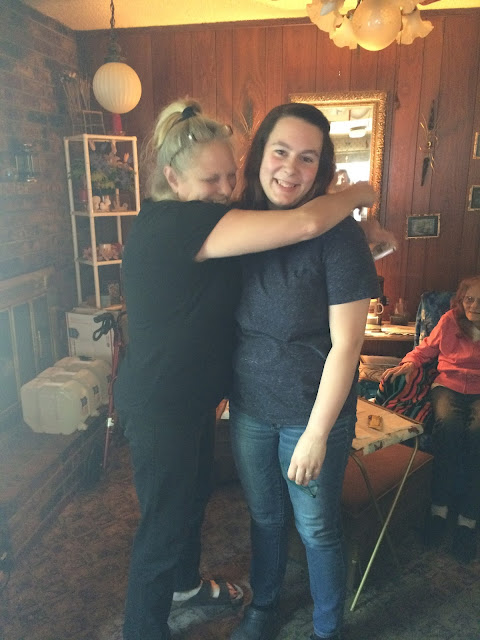 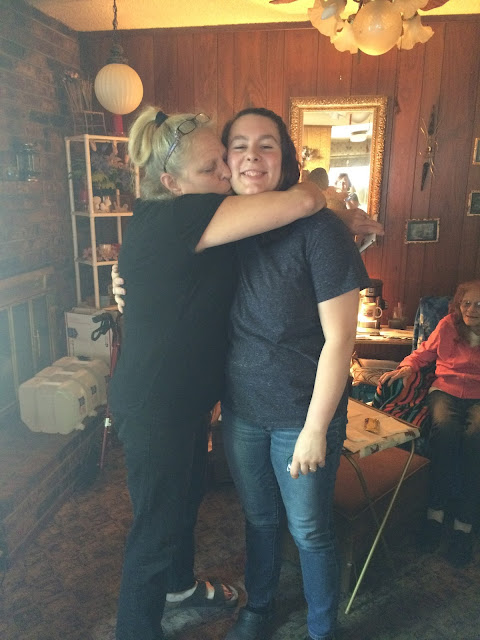 And a picture with Grandpa 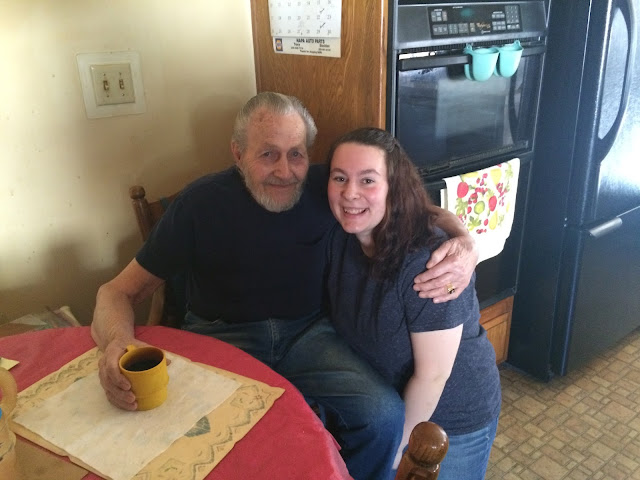 Then we were off to the mall for a chair massage, Costco and the grocery store. We got home just in time to get some cleaning done and have a party!