A couple weekends ago I took Robert (to give my mom a break!) and met up with my friend who has 3 little boys that she has adopted.


Robert is 5 and her boys are 8 and twins that are 4. Before the boys she had her two girls who are Jessica's age, never fought, got fantastic grades and were angel children.  Now she has three boys haha. It's so funny to see the difference.


So we met up at her house and then I followed her over to the Ripon water park (Mistlin). When we first got there the water fountains weren't on so the boys just played on the playground. Then they turned on the water for the first time this year. We didn't even know that they were off or getting turned on so we timed that just right. It wasn't very crowded and I'm sure that's because no one else was in the loop either! The boys had a great time playing in the water, throwing Frisbees and rolling down the grass and then the playground equipment too. 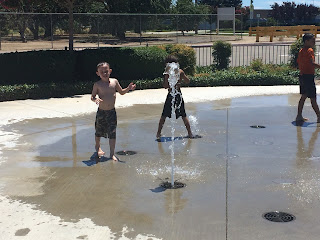 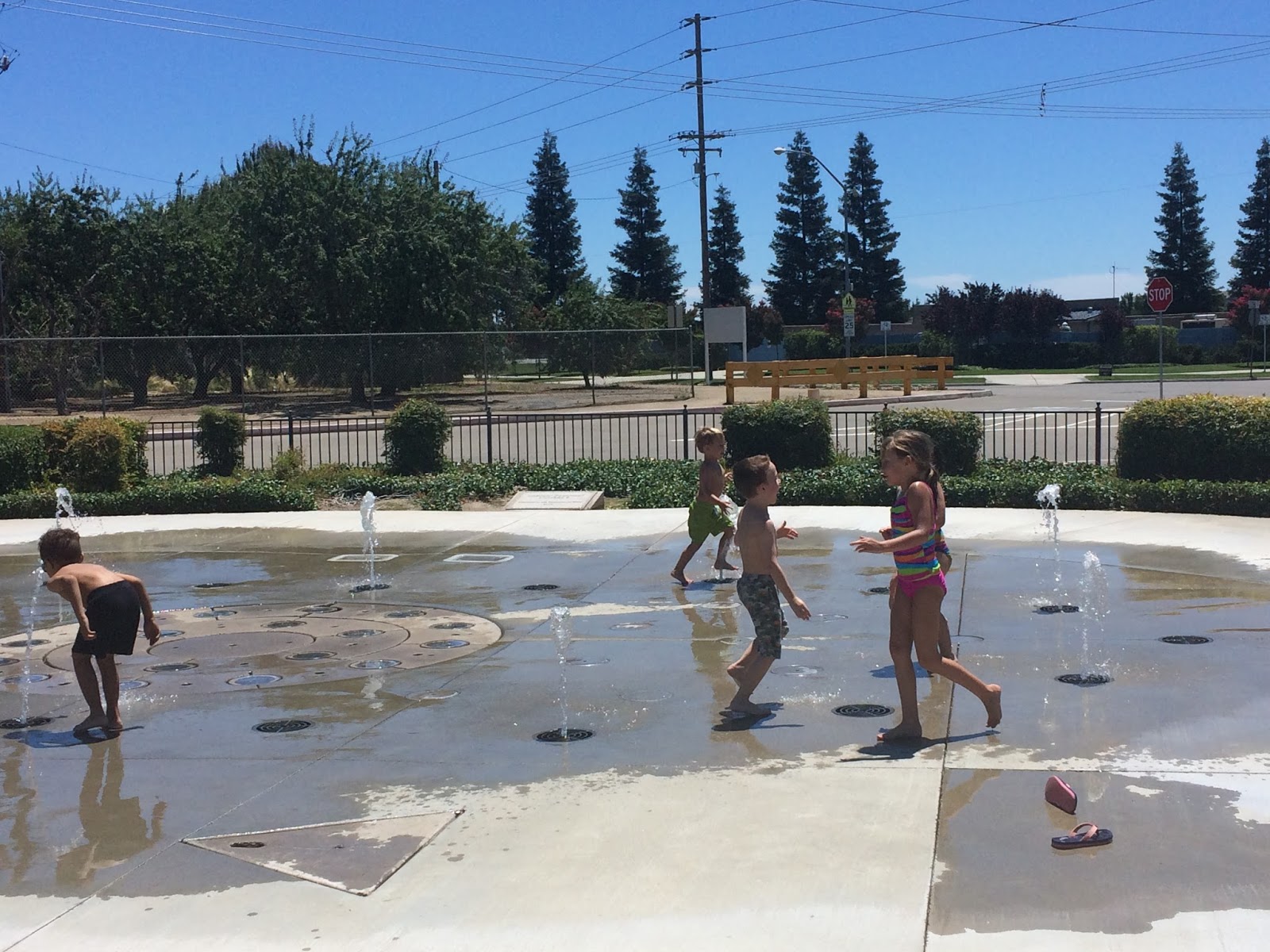 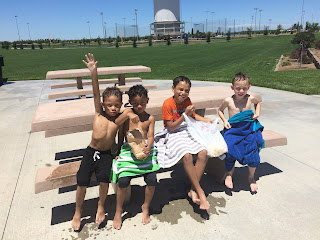 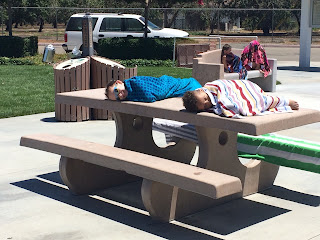 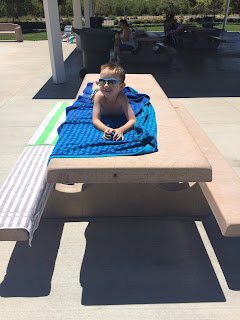 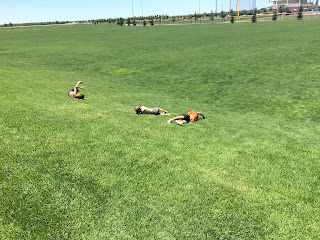 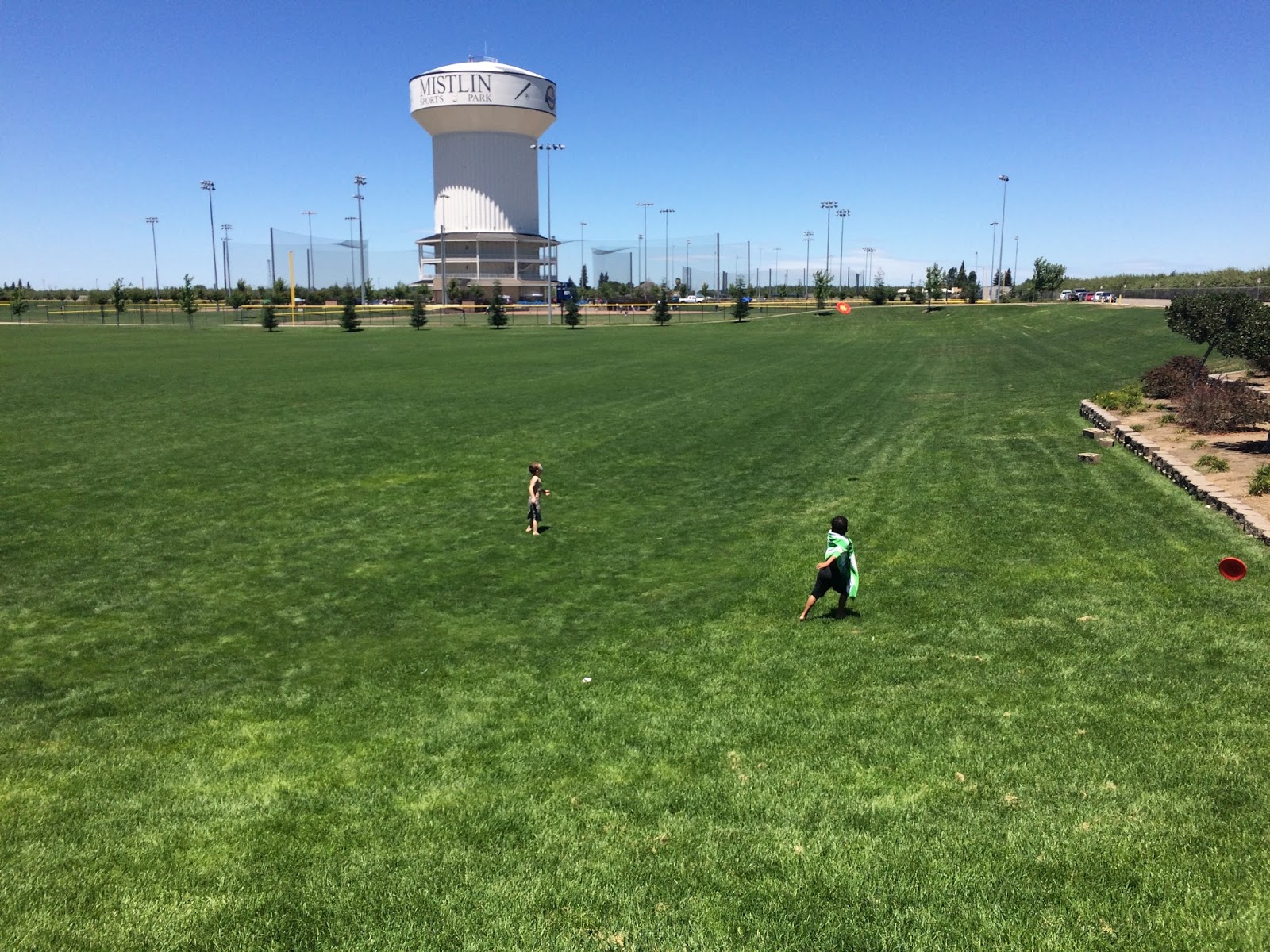 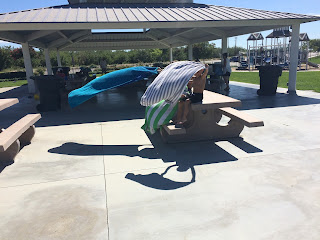 We were there for HOURS. Before we left my friend told the boys they could ride their scooters down this long bit of concrete. They let Robert take a turn too since we didn't bring one for him. 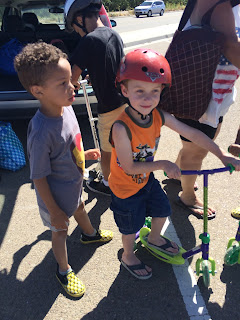 This is my friend walking down to talk to one of the twins that THREW HIS SCOOTER when his big brother "won" on the way back. He was so mad he got off, threw it, then after a minute or so he picked it up and THREW it again lol. I had to try hard not to laugh. Bad kid! He broke it too. Too bad for him! 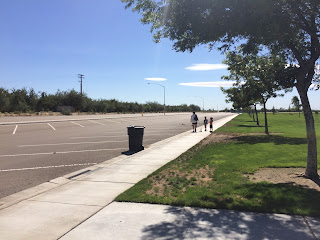 I some how got completely sunburnt on my face even though I'm pretty sure I sat in the shade most of the day. Darn it! Peeling faces are so pretty.

I understand how that little guy felt after losing but I'm sure after being disciplined he learned his lesson.

I hate a peeling face! I've gotten burnt on my face with sunscreen. THe only place I get any color or burned is my face. My body can be in the sun for 4 hours with no sun screen and nothing happens to me - nothing! no color or burning. I go home as white as I arrived. It's weird.