I have a few photos of a lot of things from last couple weeks!

Thursday the 1st we had Robert's 6th Birthday party at John's Incredible Pizza. I sat and talked the entire time and never even went to the game area. Melissa and Trevor helped watch the little kids. Robert is back to living with his mother and his grandmother now. So it was nice to get to go to his birthday party. 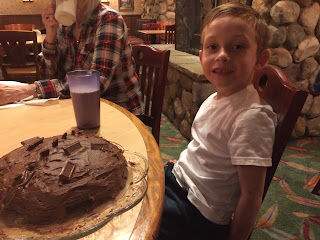 Saturday the 3rd during the day Melissa and I went to a craft show in Modesto and then to lunch at Mimi's. We ran a few errands and went to Joann's fabric store too.

That nigth was my friend Bev's annual Christmas party. Here's a picture of me and my friend Phyllis. Her parties are always a lot of fun! 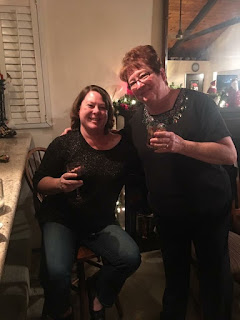 Sunday the 4th we went to my sister in laws annual gingerbread house making party. My little twin niece and nephew are just so adorable! I sucked at taking pictures there this year other than these few. As usual the kids were SO sugared up after they were done with their houses they were like a pack of wild animals. I was like oh so sorry we have to go lol. 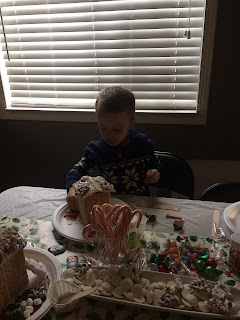 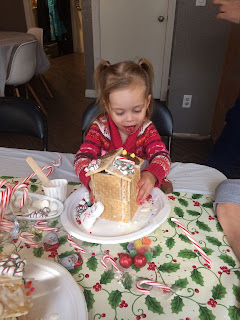 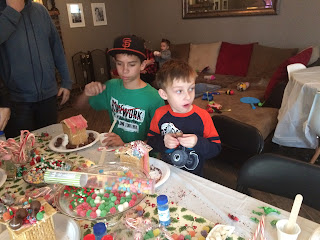 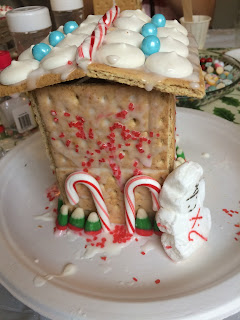 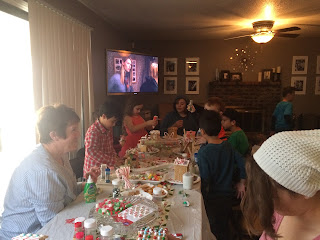 Thursday the 7th I went to Davis for a work training. I stayed at the first hotel I had stayed in in Davis. I like this one! Other than to go get sushi, which was really just me driving around for an HOUR trying to get through traffic and find a place to park and then giving up and just going through a drive thru, I stayed in my room and watched Netflix and slept for about 10 hours. It was awesome (minus the trying to go to dinner part). 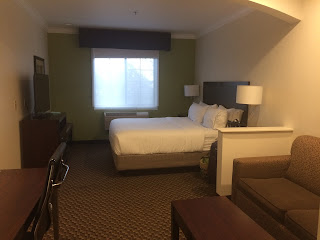 Friday Scott's Dad turned 88 on the 8th. Just realized the dates/numbers. Kind of fun! Scott went and picked up pizza, cake and ice cream for us all to eat over there. 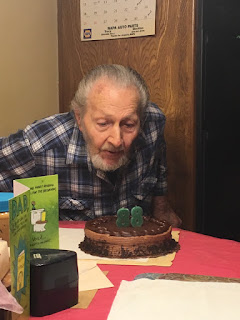 Melissa, Trevor and Scott put up the Christmas and then left the boxes in the middle of the living room for a week until I finally moved them. Scott came home and tripped over the boxes in the entry way right after I moved them. Whoopsie. The box with the tree skirt never made it into the house so I guess we aren't having one this year. 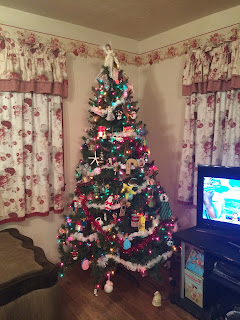 Melissa made this cute scarf on her little loom. She gave it to her friend for a present. 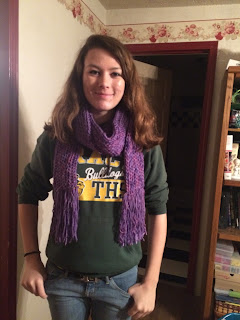 This last Thursday the 15th I did my first craft fair with all these wine totes I made. The "craft fair" was a total bust though since the weather was shit. No one even came in except for the people that were there to sell. I did sell 2 bookmarks but that was it. Good thing it was free to sell there. 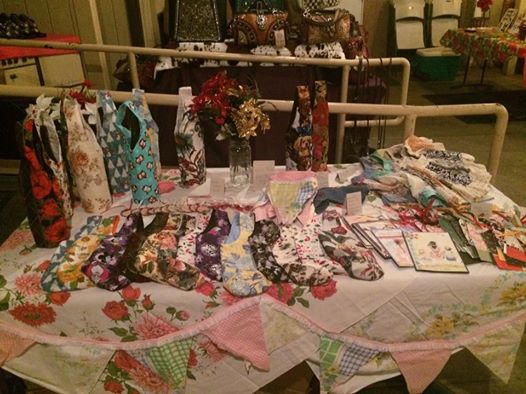 In between all that I sewed 40 wine bags (sold about 20 to my friends) and made a bunch of bookmarks and worked full time. We've been super busy with year end stuff at work.

I spent this last Sunday putting those wine totes and a bunch of fabric that I thrift in my Etsy store. I never got dressed and it was pretty great.

Thrifting has been my retail therapy lately. Then I buy stuff to sell and make more work for myself. Not quite sure if that's such a great idea but sometimes it is fun ;)