After the car show we went out to dinner for Jessica's birthday. She had wanted to go to one restaurant but they couldn't seem to reserve a table for a large party (wth is up with places now?) so we ended up going to Chili's. Works for me!

Jessica's friends Alex, Iris, and Chelsea joined us (and my mom) for dinner. 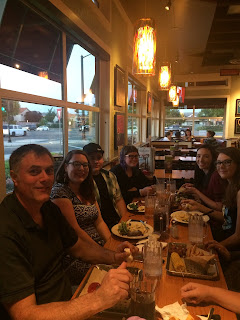 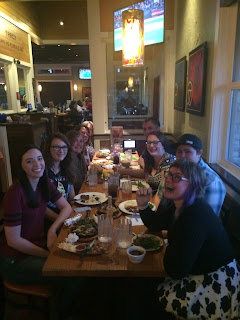 Iris is a balloon artist and brought her balloons to entertain us with. She made me a flower but I forgot to take a picture of it. 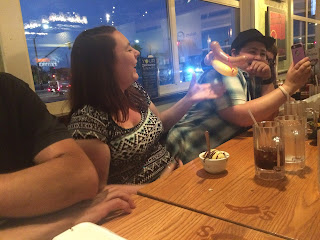 and a hot dog on a hat for Jess haha 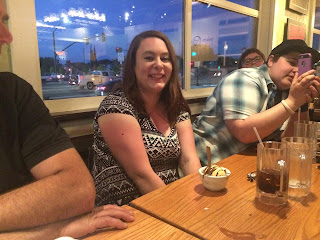 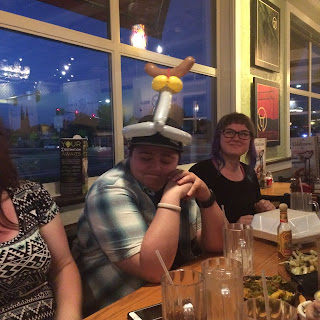 The waiter was like can you make me something (super cute kid lol) and she was like what would you like? He said anything so this is what he got. 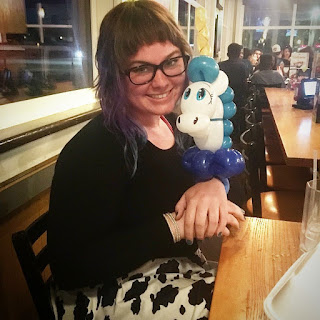 He was totally impressed haha 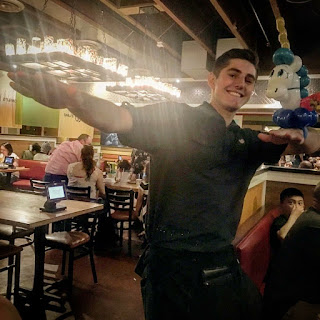 When dinner was almost over I started getting some sad messages on my phone that my friend Traci's husband had been in some kind of accident and something bad happened. On the way home it was it was confirmed that he had passed away. We went over Traci's house when we got home since we were all so devastated. I stayed for a couple hours until after he was taken from the house (he was in a car accident which he walked away from, then came home and had a massive heart attack). So much sorrow. I think Tom is the first younger person I've been really close to that has passed away. Someone I spent time with multiple times a week. So so hard. He was really a big part of our community too.