See we've been so busy that's why I'm so far behind lol. If we have a weekend with nothing to do (and no one getting sick) it's a miracle!


My brother and sister in law invited us over for a BBQ on Memorial day. We weren't sure if they would cancel at first since my Dad was in the hospital. He actually got released that morning and then went over to my brother's.


He had went down to pick up Adrian from school on Thursday I think it was, and he passed out and hit his head. Someone called my brother, someone called my mom and someone called an ambulance.  His heart rate was really low so they took him to the hospital. They gave him a bunch of stuff to get his heart rate up and then that made his legs start twitching really bad so they gave him some kind of Parkinson's medicine (WTH) to calm it down. Then he started hallucinating. It was the weirdest thing. He knew who we were but he kept saying weird things, like looking for the dog's collar in his lap.  My mom and I were worried that maybe he had a stroke or something happened when he fell to mess up his head but later one of the nurses was looking up the meds they had given him and saw that the Parkinson's one could cause hallucinations. It took about 12 hours for that to get out of his system. I believe they decided that the reason his heart rate was so low in the first place was due to some medicine the doctor had given him. He's doing so much better now. They also found out that the blood clot that he had in his heart has dissolved so that at least was some good news out of the whole situation.


Anyhow, back to the BBQ. The kids had a great time swimming and playing with Jessica's hula hoops. Vincent kept trying to grab both sides of the hoop which was kind of hilarious to watch. My mom ended up running gown the street to Walgreens and picking up some kid sized hoops for them all to play with. Vincent and my brother Joe ended up making that a weapon at one point. Boys.. 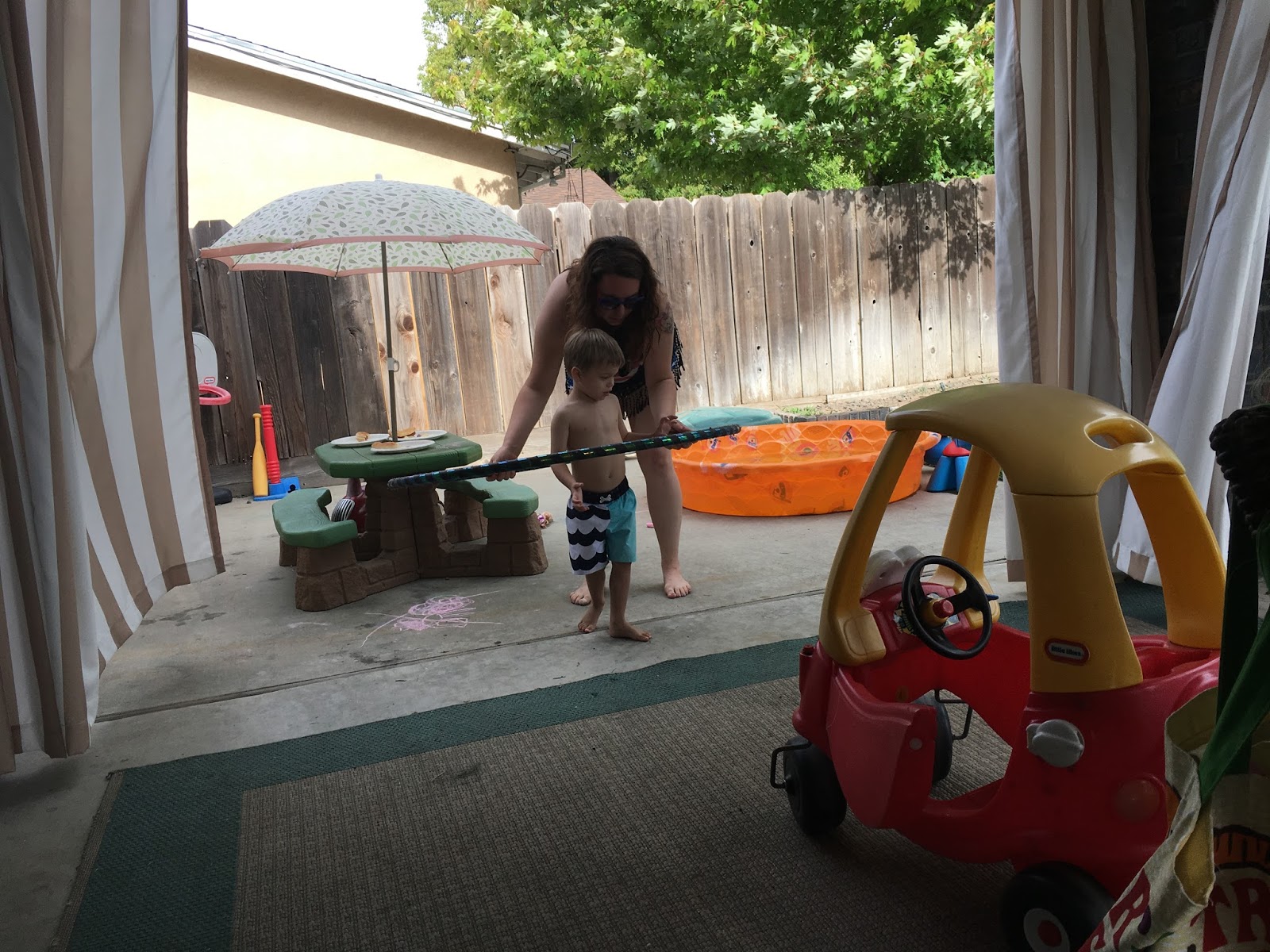 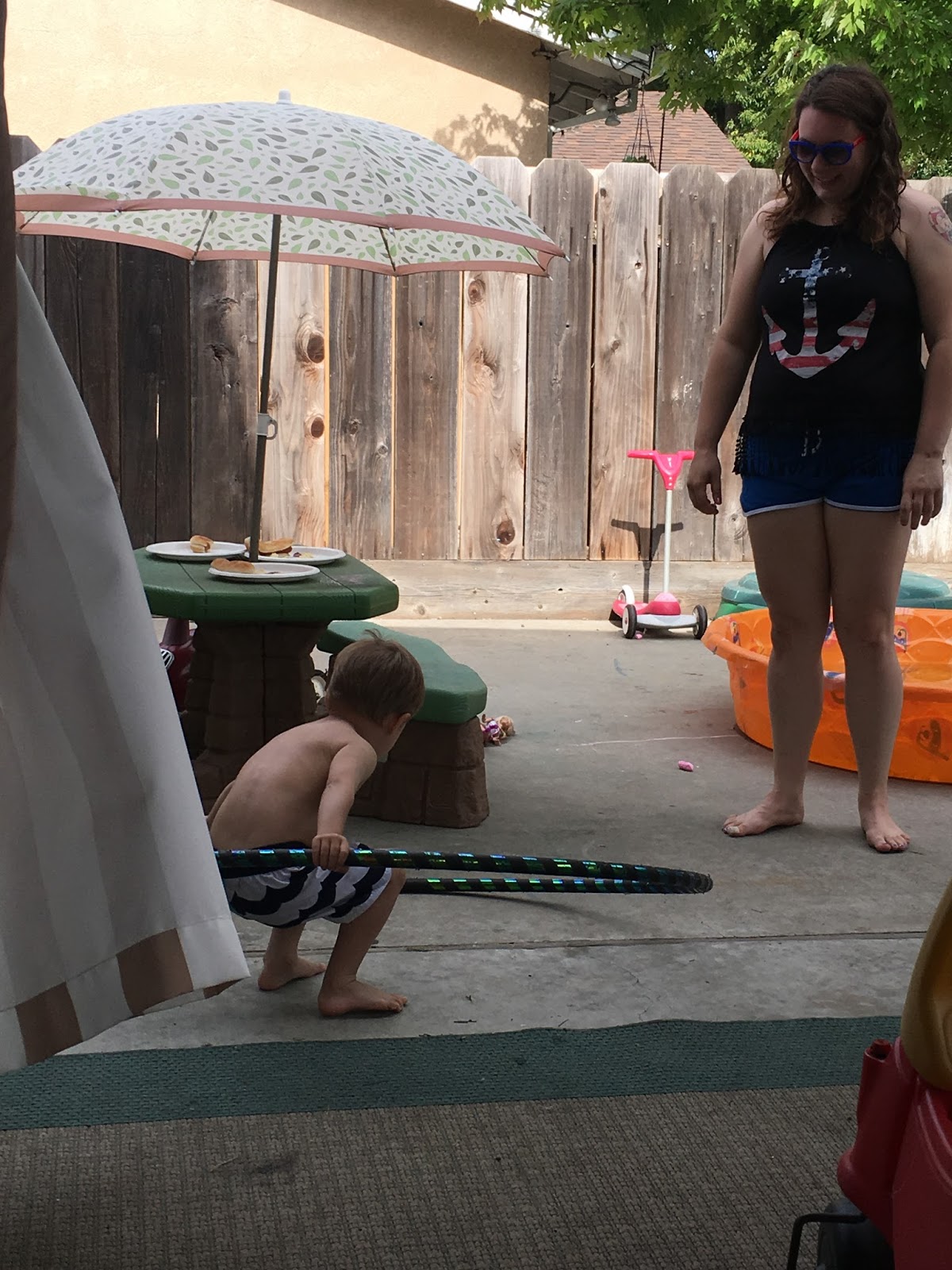 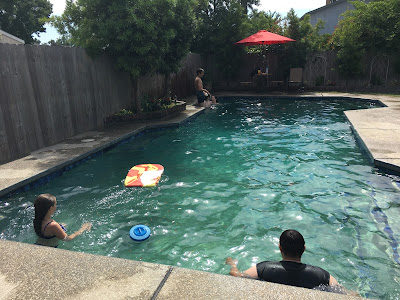 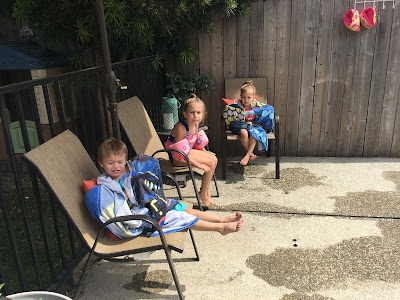 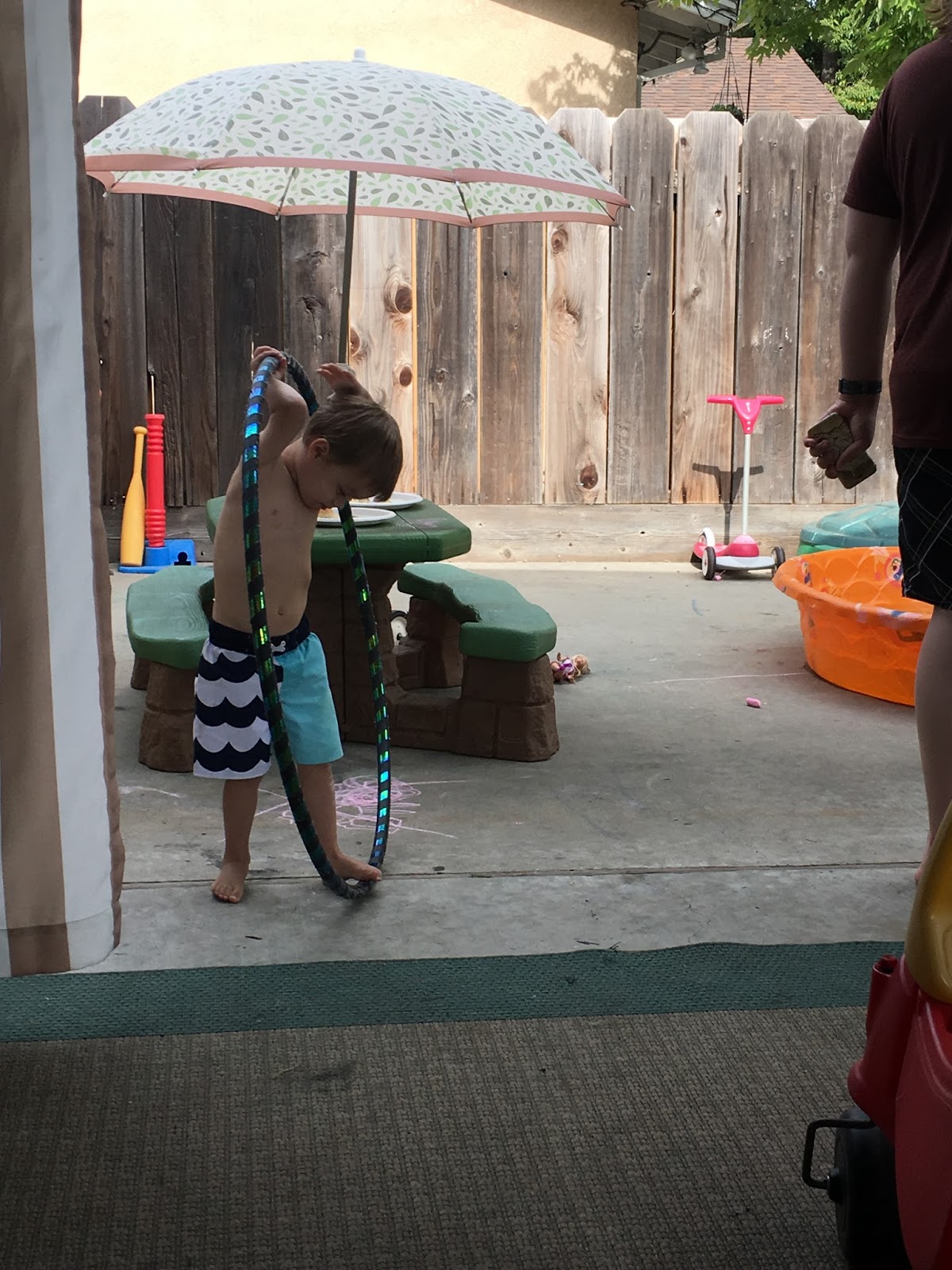 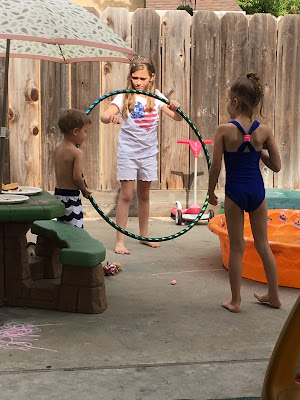 We had a nice time just hanging out. It's fun to watch the little's play but it's nice when we leave with our big kids too :)