Well I didn't win anything at Bunco last night. I did get 2 Buncos pretty quickly though so that was exciting.

Yesterday, today and tomorrow at work we are at a retirement training. I'll actually be able to retire with full benefits when I'm 62. That's nice to know I thought I'd have to work until I was 80. Makes the idea of maybe changing jobs not quite so great. Lots of info that would have been nice to have when I first started my job. These are the things I thought they would tell us about at the "New Employees Training" that I went to. Instead we toured farms and stuff. Also a good HR department would have been nice.

I didn't have any plans after work and it's beautiful outside so I pulled weeds for a little bit. I am now totally exhausted. My antibiotics had me feeling better but I definitely knew it was time to stop. I took a couple pictures to share my sad looking yard since someone asked me about it. Obviously my yard has not been my first or tenth priority lately lol. Mostly it's been a "oh shit people are coming over get the big weeds out" priority. Obviously we live in the country so we don't have the whole "gotta beat the neighbors" thing going on.

Might just try using roundup on the front this year. I hate using round up but it takes me a week to pull out all those little weeds. 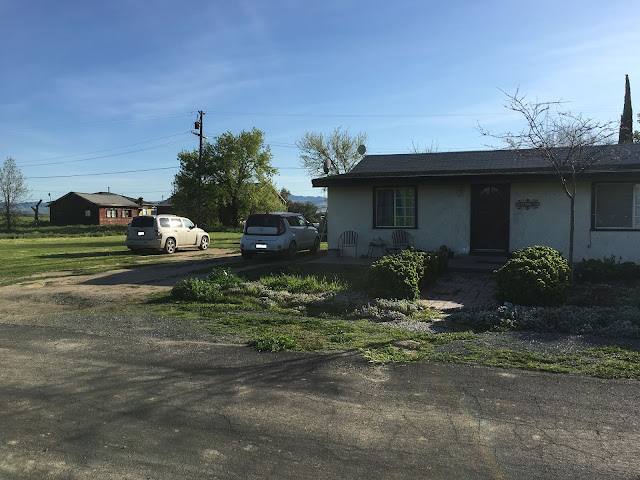 Scott for some reason decided to just put the bricks in that little area without actually doing it the way it's supposed to be done. I don't even want that area for what we had originally designed it for now since I had plunked that little hedge down it kind of ruined the original plan. (Only waited about 6 years for someone to get the gravel and sand for me and it never got done..) 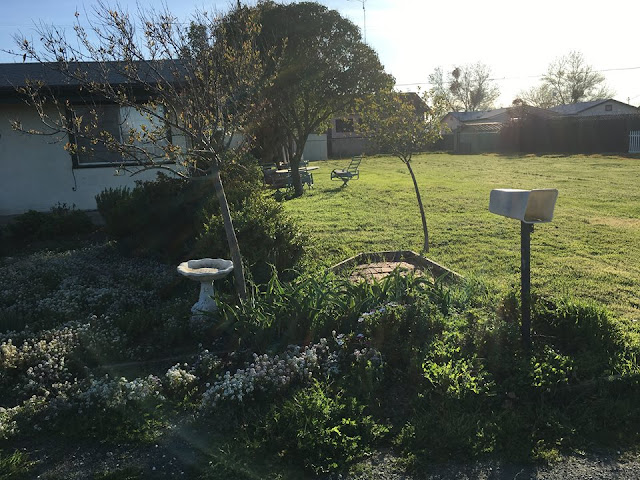 This are has pretty much all needs to be dug up and deep weeded again. I am thinking about putting some plastic down and rocks with just a couple areas of drought tolerant/self seeding plants. 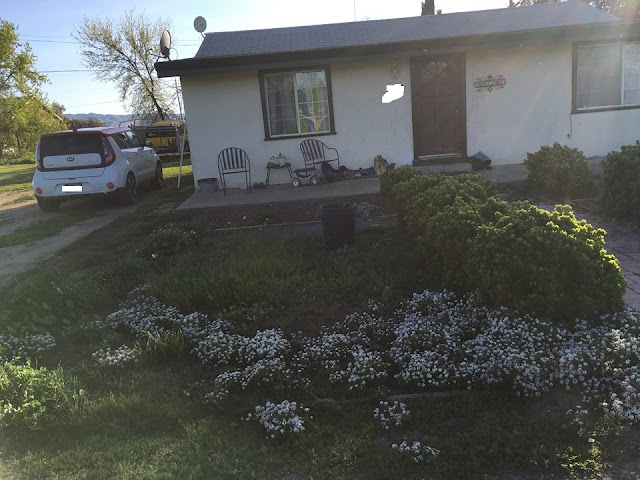 This side doesn't look too bad if you don't look too close haha. The alyssum is all filled in so it looks like I meant for it to look that way ;) 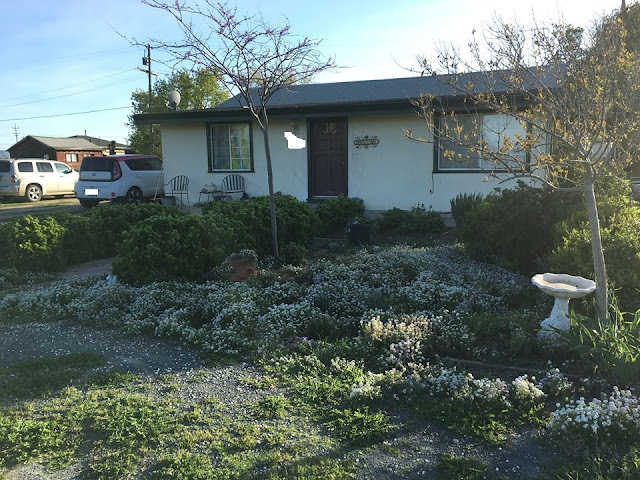 Yeah definitely going to go with the "good enough" weeded yard for Easter. With my luck it will be 50 mile per hour winds on Easter. (so far the forecast looks amazing but I don't want to jinx it!)

I need to make myself a schedule to work out there at least half an hour or an hour a day when the weather is nice. I love working out in the yard once I actually get out there and do it.