Saturday my mom and I went to Treasurefest! We left around 8:30 since when I looked on Friday it said about 2 hours to get there. When we left it said a bit over an hour! What a difference without traffic. So we got there a little bit before they opened, which meant a good parking spot, clean portapotty to start the day and we walked around without too much foot traffic. By the time we left people were searching for parking space and tons of people were walking around. I'm so glad we went early so we had an easier time with everything.

I mostly wanted to go to scope it out, since a few people have mentioned that I should have a booth there. It's a 2 day event so I'd have to either drive back and forth of sleep in the car OR get a cheap hotel somewhere but that's hard to do in SF. 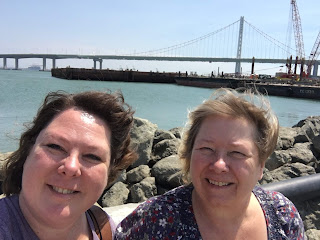 Mom debated on this white thing. I guess she has 2 so she was thinking one more would be good for her windows at her cabin. She didn't end up getting it though. 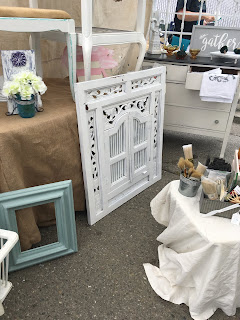 These are dog collars but I was taking a picture of his pvc pipe display lol. Very cool and I don't think they'd fall over since they have a wide base. 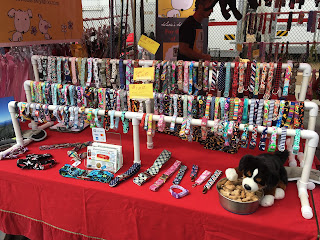 This is a cool display idea too 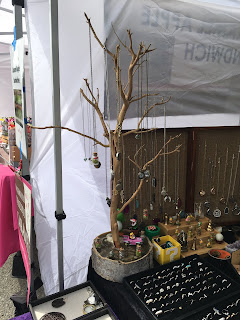 Food truck lunch! I got a burrito bowl but I was kind of wishing I would have got the messy burger my mom got lol. (Made up for any healthy-ness by eating a giant cinnamon roll on the way home) 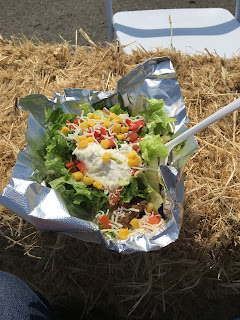 The view was really nice 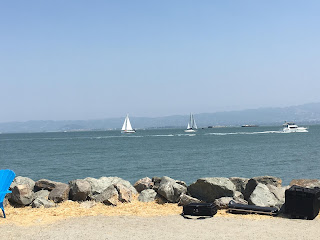 Looking towards the bay bridge not long before we left 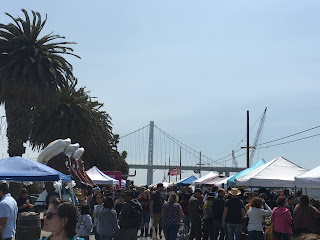 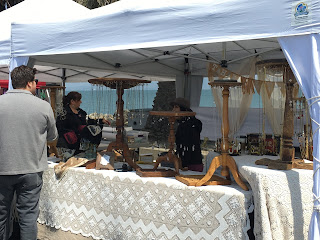 I only bought a couple things and forgot to bring them in the house so I'll show you later since I'm too lazy to go outside right now.

I had my mom bring her little cart on wheels and it as perfect since she likes to have something to hold on to when she walks and we could put all our stuff in there.

I'll definitely go back again but I will make sure to get there early too!

As always that looked like fun. And the view was really nice.
btw, I am no longer getting emails when someone comments.
I am ready to throw blogger out the windwow. If word press wasn't far worse I would for certain. I took the email address out and redid it all but to no avail.
Aargh! if you hear anything let me know. T