Throwing Up Is No Fun

Well I went to work today. Monday I was feeling kind of weird at work so I left around 12:30. That was after laying in my car on my lunch. When I got home I started throwing up and once all that was finally out of my system it went the other direction. Woohoo fun times.  I also had a fever so that was a nice little virus.  My cousin's son was not feeling well on Saturday and Sunday I they were throwing up so I'm sure that's probably where it came from. Although a couple people at work have had similar illnesses. 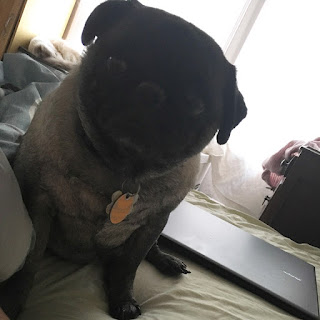 Amazingly no one in my house or my mom is sick. So weird how that happens.

This morning I dragged myself to work and after lunch I felt quite a bit better although I am feeling like I could take a little nap. Going to try and go to bingo though since the girls want to go. 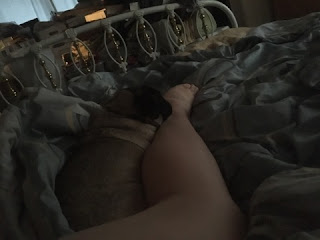 I know I've done a few posts in the past (PS went searching for some but got side tracked reading old blog posts lol) about how loving Scott is when I'm sick. Here's another one for the book.

So he asks if he can pick me up any medicine or anything else before he comes home?

No, I'm good. Oh wait maybe some Popsicles. (you know, because I'm sure I'm dehydrated from dying all day).

So he calls me from our little corner store that only sells single serving ice creams and tells me they are out of Popsicles, do I want anything else?

Like WTF? Why would you just go to buy ONE Popsicle when I'm obviously pretty sick and that's the only thing I've asked for and you totally could have hit a real store on the way home and bought an entire box?

I just don't get men.

Luckily he was saved by the one that was hiding in the freezer and Jessica bought me a box the next day. 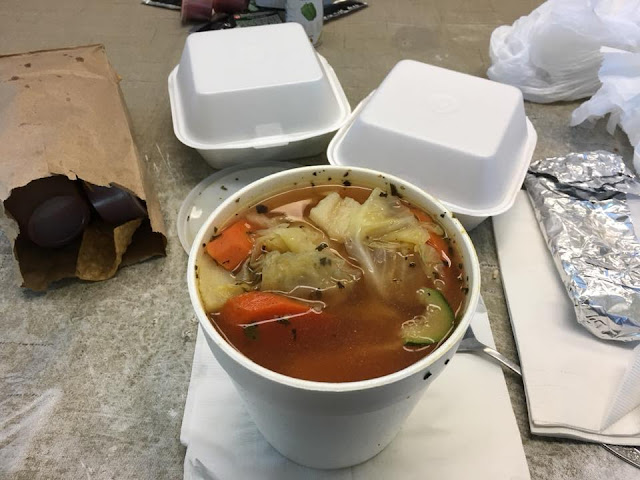 One of the containers had rice and the other had onions and cilantro. I only ate about half the soup and snacked on the chips later. I have so much more energy now that I ate something (and it stayed put)

So on a different note, you guys know I have an Etsy store mostly for patterns that I buy and resell?  Today I got the weirdest message from someone. I'm like is this a joke? This gal wanted to know if I could help her boyfriend pick out a good dress pattern. I was like um I'm not a fashionable person I just sell patterns lol. Hey I could care less if a guy wants to wear a dress, I'm sure if he does want to wear a dress he is probably way more fashionable than I'd ever be!

I am so glad that you're feeling better… A few people at work have been sick with the flu already and they said it's awful! That takeout soup looks really good… It looks like this type chicken noodle that I get caught Fogo. You get the noodles and one container, broth in another container and the basil, lemon, chicken and jalapeño in another container...it is sooo yummy!!!
That is so funny about Scott! And yes… That is true about any man I've ever met! Women go overboard to be helpful and do nice things and men just don't seem to get how to do that. Oh well… He's great and a lot of other ways so you got a good one! For me… I'm staying single LOL! There's no good ones left! Hope your health stays good… Stay warm and hydrated with all those Popsicles! Ha ha! Hugs!

Glad you are on the mend.
I loved your last line! Great point.
My husband always makes me chicken soup. But otherwise unless.
Once he asked if I needed anything because I was all cozy in the corner of the L shaped sofa. (not easy to get out once snuggled in) I asked for something to drink and a cup of that soup he made. He said, "Oh okay" And then he walks out to the garage and I don't see him for an hour. He comes back in and asks how I'm feeling. I tell him I'd be better with that soup. He said, I made it but put it in containers in the freezer so when we want some we can just nuke it" Okay but you asked me what I wanted, you made it for me.....
you get the gist - he's friggin' clueless.