Everyone was annoying me at home so I booked craft shows for almost every weekend in March lol.

March 3rd I did the American Legion Hall (sucked)

March 9th I did Downtown Modesto again. This time it was not as good as the time before because there was nothing going on at the convention center. That makes a HUGE difference in this area. People coming and going to the movies is a plus BUT they are usually in a hurry going in and didn't expect to see vendors outside. If we take down at 3 or 4 (can't remember what it was) they might not even come out before we leave. 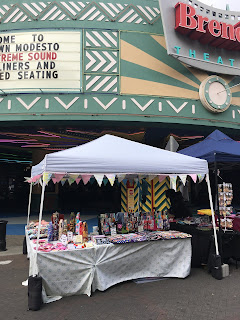 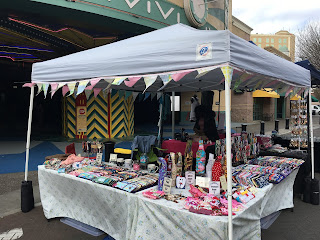 The gal next to me had SO MUCH STUFF and was so unorganized. I could never function that way. I was telling Jess when she came to hang out with me that by the time she got it all out it would be time to put it away lol. She was super nice though and we had a great time chatting. If I remember correctly it started to rain before we were done, but not too bad. 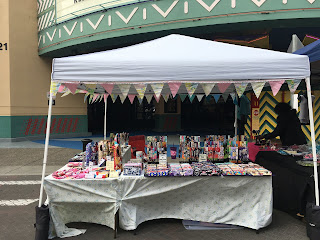 Next was my favorite, the Handcrafter's Boutique at the church in Manteca on March 16th. I love this one since it is SO organized. This year they gave us set up times and I drove up, got checked in and people  unloaded my car. I then drove off to park and when I came back my tent was up and so were my tables. Talk about service! I wish they did that at all the events I went to!

She put me in a different area than where I usually am but it was still pretty good. The weather was amazing! It was like a summer day for the first time. We had an unusually long winter type year this year (for us). I was glad I had my back shade cloth thing or I would have been really hot and sunburned. Jessica stayed with me for most of the day. For the lat hour or so I made a $1 table and got rid of a bunch of stuff I was tired of packing up.  This so far has been my best booth of the year. 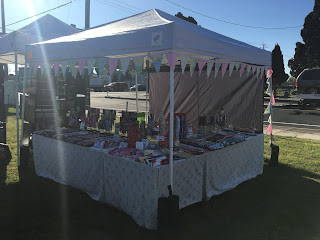 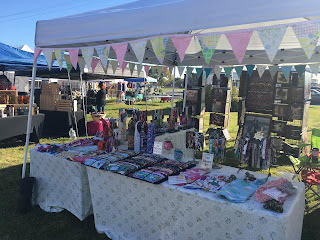 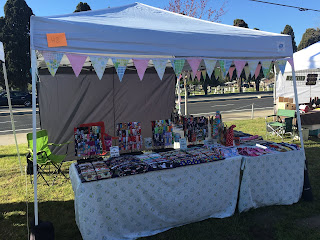 March 30th, I finally tried the Modesto Mall. The gal that does most of the events I do had been trying to get me to do this one. I had paid for another day out at Downtown Modesto but it got cancelled so she let me put that towards this one. This is the LONGEST day ever. You have to set up by 9:30 and can't break down until 9pm. 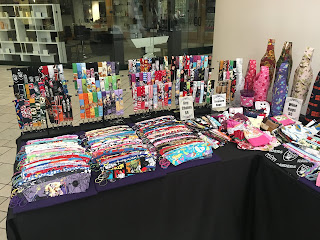 You also only get a 3 6' table space and I was a bit cramped since the other people on both sides of me were already set up. I thought it was a bit weird of a set up but made it work. 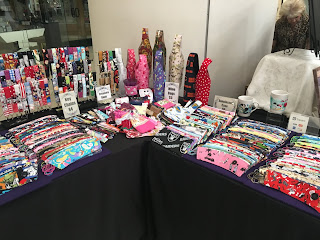 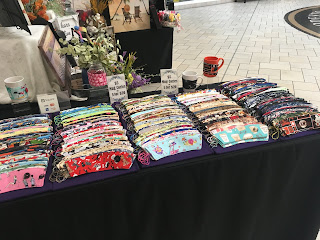 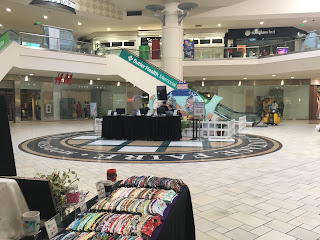 To the left of my booth was a girl setting Cut-co. I had a great time talking to her. That's one of the good things about these events is all the great people you meet. My friend Dee came to see me for a little bit and bought a few things and then bought me lunch! 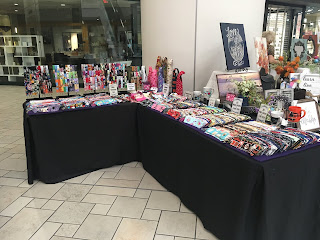 It was nice being inside all day but it's a LONG day. It would be nice to have someone to man my booth for me for a bit!

Here's a picture of some key chains I had made up in March. These are becoming one of my best sellers and I really like making them. 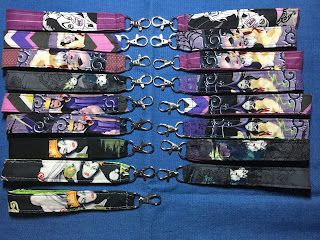 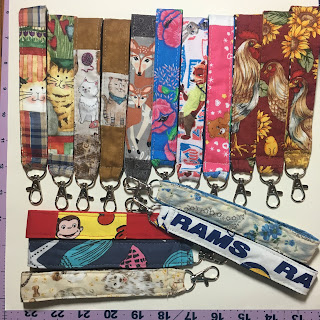 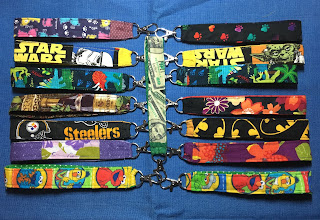 I have also been selling a lot of "sunglass cases". Here are just a couple I had in with my March pictures. I had made bunch of scrappy ones but sold almost all of them. (like the bottom one) 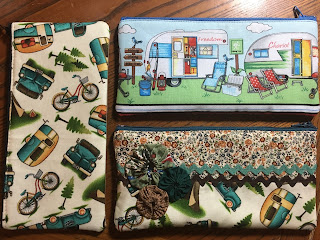 Onto April catch up :)

Your booth looks so nice. It's a lot of work setting up, working the event all day and then breaking down. I hope you sold a lot of stuff. Those sunglasses cases are adorable!