Here we are again, another Monday!
I made a lot of masks over the weekend. I have the rest of the orders I was working on 3/4 of the way done. 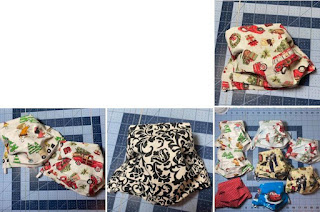 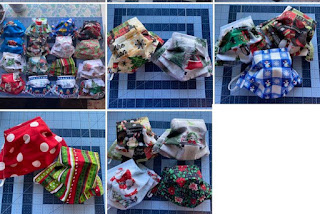 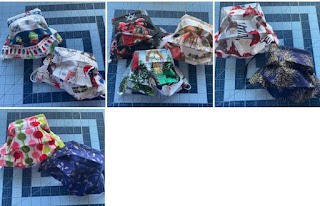 I took a break for some snuggles on Saturday night 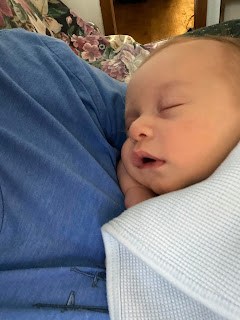 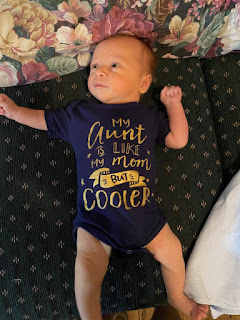 Sunday Jess and I went shopping for Thanksgiving food. I was worried they would be out of the staples but the only thing they were out of was salami. Odd lol. I'll have Scott try to get some when he goes shopping for his mom. We make these little salami/cream cheese/pepper roll up things for an appetizer for all the parties.
We got two carts and split our orders so we could get 2 free turkeys. I hardly ever actually go to the grocery store so I stocked up on animal stuff and some meat. They had TP and paper towels (we went to Costco and they were out there) so we got that for both our houses too. I'm good for a couple months on the TP now lol 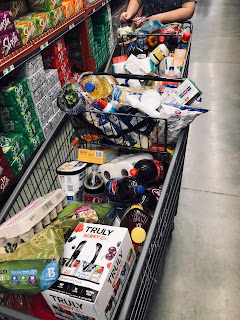 I sent Scott into the shed to find the Thanksgiving boxes. He couldn't find them. I was out there "helping" and ended up bringing in a bunch of boxes of misc stuff. Some sewing/craft stuff. Some stuff that I had bought to sell but never did etc. I'm going to start putting some stuff out for free for the neighbors I think and see what is left later lol. I've had a big box to take to the thrift store to donate but keep forgetting when I actually go to town. Some of the plastic boxes have actually disintegrated and I had an afghan that got too much sunlight and it got faded. Sad panda since my Grandma made it. I'm hoping it didn't ruin the yarn too. All because of one dumb window in the shed. Anyhow, we never did find the boxes we were looking for. I haven't decorated for Thanksgiving in years. I know there has to be at least one, there is no way I got rid of everything. I don't think. haha
I just have to today and tomorrow to work then I'll be off for the rest of the week. Nice little vacation! Even though I will be cooking a lot.
This is the first year I'm not doing the Black Friday craft show weekend by the movie theaters. I did it for 3 years in a row. Last year really sucked since it was raining most of the time. I don't imagine it will be too spectacular with the movie theater even showing movies in the time that it is going on. That was most of the foot traffic. I really miss doing craft shows. Maybe some day life will go back to normal.
Oh I almost forgot I found season 1 of Survivor on Prime. I never saw the beginning of it and I of course knew who won but it was fun to watch. In the beginning people really struggled with making alliances thinking it wasn't fair. Which is funny because that is the first thing people do in the later ones. Also most of the girls wore bigger swim suits ;) More tankini's instead of small bikinis.
I was looking up Richard Hatch since I know he ended up having to go to jail for tax evasion. He went to jail for 4 1/2 YEARS. Isn't that crazy? Way worse than being on an island I'd think.
Pin It
Posted by Julie H at 9:08 AM

Richard Hatch, I don't watch Survivor but my hubby does and he'd tell me stuff. Didn't he run around naked all the time? And how do you not know you have to pay taxes on your winnings? You don't actually get 1million dollars because 1/2 goes to taxes...well almost half. Silly boy.