Hello Happy Monday! Just got all my work emails caught up.
Trevor is home making his chair do a long high pitched noise hehehe I might be psycho in like an hour.
Friday afternoon Melissa came over and then we went to lunch at the Mongolian BBQ. After lunch we went to Costco to pick out some new frames for me so I can finally get new glasses. After that we went over to the eye doctor where I THOUGHT they were going to dilate my eyes but all they did was a couple of those little machine things. WTH. I was so annoyed. They were like "now we'll have the doctor look at these and let you know if they want your eyes dilated to check some more". I was like I thought that was why I was here. So annoying. So I'll either have to go back AGAIN or they will just not really document stuff like they were supposed to. Why can't I ever find an office that doesn't do things all whack? When I didn't have optical insurance every one was always badgering me to get my eyes dilated and now that I'm old and can actually afford it no one does lol. 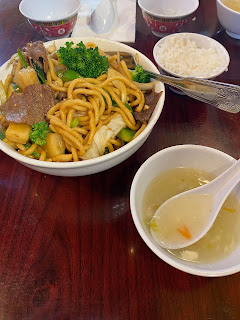 The upside of not getting my eyes dilated was that I could go to the Graffiti Night in Modesto. Trevor said he'd go with me. It was fun watching all the cars. Usually it's in June but you know, COVID, so we were just glad to finally get to see it. 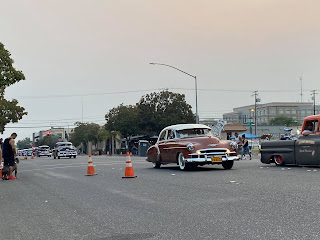 Check out this "car" 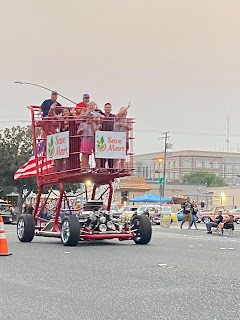 Saturday I just worked on mask orders and then tried to go to Joann's with my friend Cassi. We got there and it was closed for cleaning. So most likely one of their employees has covid. Hopefully it wasn't the cute little guy who waited on me last week.
We ended up going to Chinese food for a late lunch and a couple other little stores. I came home and sewed some more.
Sunday I was working on the Care Bear bag my friend ordered but took a break to spend some time with this little guy. His little cheeks were flushed after he took a little nap on me. 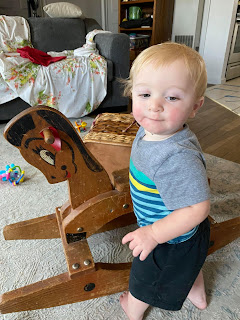 My friend Cassi came by later. She went to Joann's again and got the fabric I had been needing plus a FEW others. I'm like let me pay you and she says just make her some stuff. 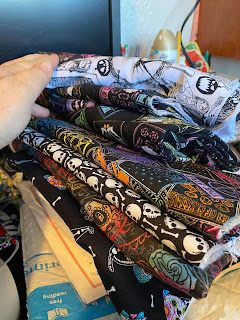 Last night I finally finished the Care Bear bag. I was going to make a 2nd one for my booth at the same time but only got the bears sewn together for that one. I think I will just set that aside for now and work on all the masks I had started for my booth. 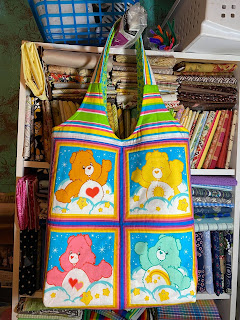