Tres De Julio and the Fourth of July

It's been so long since I posted I had to go look and see what I talked about last!  So let's end with last Friday, my last post then Saturday we did not much of anything. Took Melissa and Trevor to go see the fireworks from the car about a mile away from where they were shooting them off in the next town over. WHY they do it on the 3rd I don't know. I think it's stupid. What's Cinco De Mayo if you have it on the Quatro? Anyhow I broke out the camera. 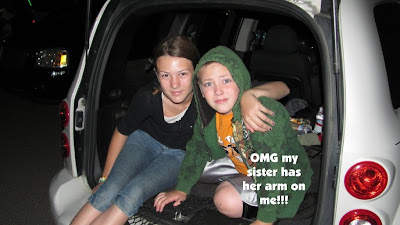 My son could NOT sit still. He ended up getting out and standing next to the car. BOUNCE BOUNCE BOUNCE. Thinking that's a boy thing. 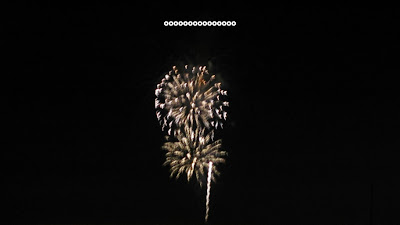 The fireworks weren't that great. Hopefully the kids didn't remember how awesome they were last eyar when we watched them. 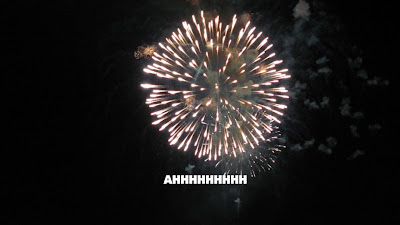 The people next to us were STANDING on the roof of their SUV. It did have a roof rack on it but I really can't see how you would NOT dent your car standing on the roof. AND having 2 adults and a little kid up there. The little kid wanted up and down and up and down and as soon as the fire works started started crying hysterically about something. Not sure but I think the mom was about ready to beat her. Why can't they do fireworks before bedtime??? Oh yeah it has to be dark.. Maybe they should change it to December. It's nice and dark then. We could get them done by 6:00. Quatro de decembre...
Oh and right when they were almost over some people drove up in a hoopdy with their rap music blaring. Got out and left the car and radio running? Hello if your car is smoking up a storm and your radio isn't playing patriotic music you might want to turn it down while you ruin everyone else's firework experience. Afterall we paid (oh nothing) to watch these from the side of the dead end street. Luckily it was only like 5 minutes then they turned it off.
SO onto the 4th!!
Off to my brother's. 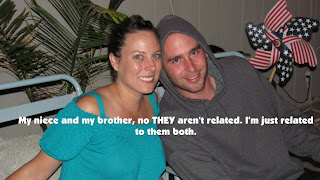 My friend came and hung out for awhile. We took some pictures with her cell phone. I had already swam and had no make up on. Threatened bodily harm if she posted them on facebook before I got to give the ok.
My niece was there 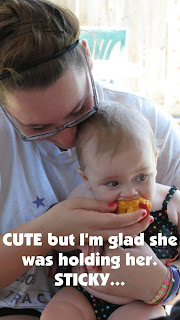 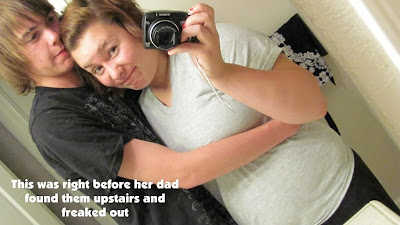 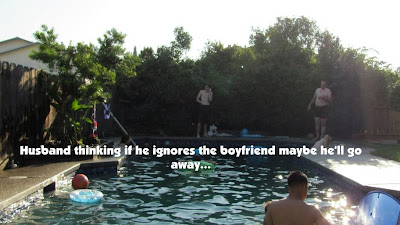 I am now taking my make up and hair stuff to parties that have more than our immediate family. 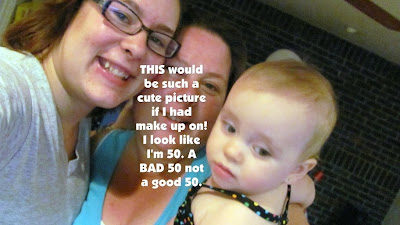 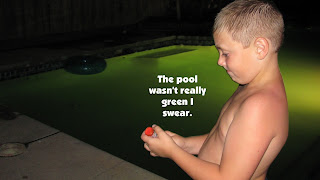 The streamer things were everywhere! 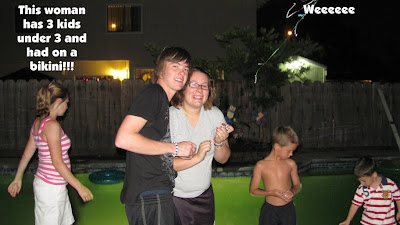 Totally jealous of the bikini lady.. 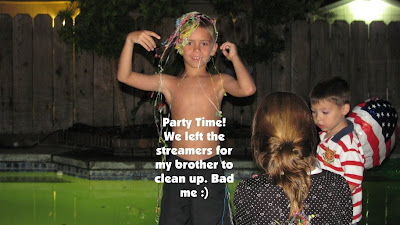 The neighbor shot off a bunch of fireworks. 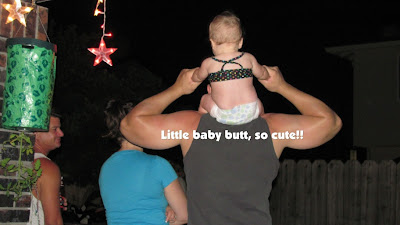 All in all it was a fun day. 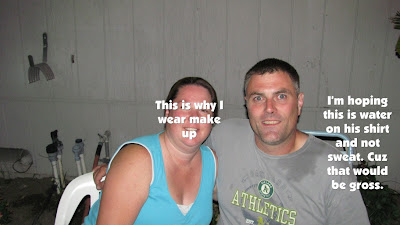