I need some boots

So thinking she was ready to go I got my purse and headed up front. She's sitting at her desk and is not ready to go. She wants me to make a map that shows the roads to get to the dairy we are going to. I show her that it is on a main road AND tell her I just went out to this dairy not too long ago so I know where it is. She insists that we need a map so I take my purse and go back to my computer and make the map.

When I'm almost done she comes back and asks if I'm ready. "just as soon as I finish making your fucking map" I tell her.

Then she somehow gets a lightbulb moment and rememebers that I said I know how to get there and says "it's ok you don't have to make the map".

I'm like, "it's almost done so you are getting a map."

I go get the map from the printer, once again grab my purse and head up front.

She's STILL not ready to go.

This time she's trying to find a working camera.  (which I just realized right now that we never used the camera). She finds the one ancient one and jams the card (which isn't an SD one because it's OLD) in the wrong way. It takes 3 people and a pair of tweezers to get it out.

About 10 minutes later she's finally ready to go. As we walk out she asks me why I didn't bring tennis shoes. UMM because everytime you ask me to go out in the field with you it never happens? Whatever, my feet wash it's ok.

We get in the truck and she's flipping channels and lands on a bible study channel. It's like talk radio. With someone reading the bible.

Yeah. Did I mention that she's a Jehovah's Witness?
If we can't have birthday cake we so can't have the Bible in the truck.

I facebooked that I was out in the field with my not too "smart" co worker and that she tried to listen to the Bible station on the radio.

A bunch of people jumped my shit because I called all Christians dumb. Yeah SO not what I was saying. Obviously if I thought all Christians were dumb I wouldn't be sending my kid to church camp. I ended up deleting that later just because I didn't feel like getting attacked by everyone.

We finally get out to the dairy and tromp through the sandy soil in my open toe open back slip on shoes. My feet become one with the soil as she talks to the dairyman. After he shows us where all the properies are (which we have on another map and should be able to figure out if we have half a brain). We get in and out of the truck a few times driving back and forth to the different fields only ALMOST getting stuck in the sand once.

That was kind of fun.

After it was all over I have to say I did kind of learn something even though I was so grouchy when we were on our way out. And my feet are a nice sand shade now.

Thursday Thunks: It's a holiday, people!
So yeah, it's a holiday weekend. 4th of July... Independence Day... whatever you want to call it. What are you doing on July 5th?

I have the day off so I'll be sleeping in to start with. Maybe sleeping off a hang over since it's the hubbies turn to drive home from my brother's house.


Have you ever known anyone who has been kidnapped? Nope


Does wiping with newspaper make you a smartass?

The idea of having newsprint smeared on my butt kind of bothers me. I would use it if that was all there was though.


If someone sends you - or you stumble upon a link that will show you celebrity death photos, do you click the link?


Do you decorate your computer/laptop?
My computer at work has all the different cuties stickers on it. 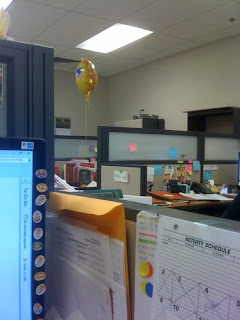 You see Bud and his lady out walking in a park... suddenly she stops and kicks him square in the ass. What did he say to her?

I don't know but my husband deserves a good kick in the ass sometimes. (Like today it's 7:25 and no word that he's going to be home late)


There is a cockroach, a tarantula and a mouse in the room - which one do you kill first?

cockroach, those things are nasty


Did you know that a hay bale can start on fire by itself? Do you know how?

Yep, there is a dairy down the street and when they first built it they had 3 huge hay barns and they ALL caught on fire. They burned for DAYS.  It's from the gases coming off the hay.


Have you ever played Battleship?

Yep, my step brother had it so we'd play it all the time. That was before he showed me the girly mags he had hidden.


Days of our Lives paid tribute to Francis Reid/Alice Horton this week (Francis, the actress, died in February, Alice (the character) died last week). She was 91 years old and was protrayed as a smart, witty, funny, loving, always gave the best advice type woman. Wonderful mother, grandmother, friend... many characters (and cast members) commented on how they strive to be the type of woman she was. Is there someone in your life that you strive to be like?


Do you attend parades?

I used to back when we were in Girl Scouts. They usually start way too early for me.


If Berleen were to purchase three 10-gallon tubs of the peanut butter that they use at Dairy Queens, would you think any less of her?

Only if she was allergic to peanuts.


If all the flowers but one kind withered and died, never to grow again, but that one kind of flower would grow worldwide forever, what would you want the surviving flower to be?

DaisiesPin It
Posted by Julie H at 7:51 PM

Labels: stupid people, Thursday Thunks, what not to put on facebook

I had to tour a dairy once for work and they gave us plastic booties to wear over our nice shoes. Then we were slipping and sliding all over!

There is a local author signing books today. Her book is called: Awakening of a Jehovah's Witness. It is "a tale of mind control,the use of fear to manipulate vulnerable people, and final escape from a suffocating cult environment is a revealing expose of a secretive contemporary sect, as well as a true psychological thriller." By Diane Wilson.

Maybe a copy of this in the break room next to the non-existent birthday cake will spice up the conversation in your office!