Cure to eating? And other Random Thoughts

So I figured out the cure to wanting to eat all day. I go read, and then take a nap! hahaha. Yeah that will get me in shape... 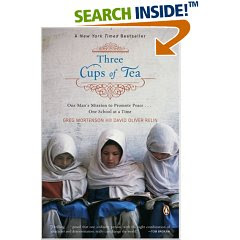 God that book took me forever to finish. I started it when I was in Texas, read it on my 8 hour plane flight (like the WHOLE TIME) and then what has it been, like 2 weeks?? Anyhow, finally finished it. It was a good book but the middle part kind of dragged on and seriously, why did they not include a map so you could understand what they were talking about? I'm so a visual person. And I'm clueless when it comes to geography (Google maps is my friend!). When I was in high school you could take Family Living AKA sex ed! Or Geography. Yeah seemed like a good choice at the time. Never mind the fact that you eventually figure out the sex stuff on your own lol.

Anyhow, now I'm reading Such A Pretty Fat, which let's face it is about as far as you can get from Three Cups of Tea lol.

This is the 3rd book in the Jen Lancaster series. So far it's hilarious, which I totally don't understand because, really, I've NEVER been fat, OR on a diet. And right now she's doing Atkins which reminds me so much of when I was on South Beach and her husband is eating French Toast in front of her and she's all OMG is it like a party in your mouth??? And I'm like OMG I so remember drooling over a stale piece of the end of the loaf of the bread. Yeah, I really should go back on a diet soon. I'm trying the exercise thing (only walked around one lake today and took the short cut, bad me, but the dog WAS really tired and all). And the not eating all day thing (2 hour nap). Yeah um I'm working on it.

After I picked up Jessica from school Trevor asked to go to Grandma's which is RIGHT down the street so I was hey ok with me lol. Melissa decided to go too so I had just Jessica and my nephew Tony home with me. Scott is picking them up on the way home from work, and um it's 8:30 and they still aren't here because he worked late but it's ok.

So tomorrow morning the Direct TV comes. I think I'm going to be in a coma from all the tv I'm going to watch after it gets here. I'm getting it in the kids rooms too so I can be like, NO I AM WATCHING THIS!! Go in your room and watch the Disney Channel. Melissa is going to be like, OMG I've watched so much Hannah Montana I'm going to puke. And Jessica is going to be all MTV!! Is the bestest. (Do they still have MTV?) I'm all about the HGTV and all those women channels, and I got the package with ESPN so I can hate my husband on the weekends. Bye hunny I'm going shopping while you watch that race on TV. Pshaw. Hehehe, it's going to be so exciting. See and all you Direct TV, Cable people are like, what are you so excited about, sheesh it's only tv. And I'm like hey try watching PBS for 14 years and it hasn't even worked for the last year so it's been Judge Judy and her friends for the last year for most of the day.

WTH IS this?? And who wears something like this?? 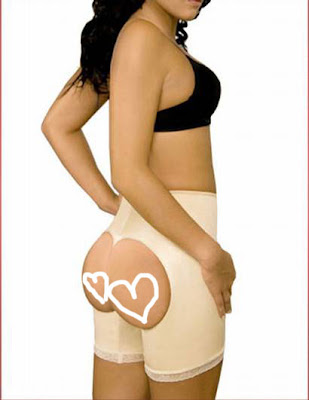 Photo is from here(I didn't draw the hearts lol).

I can just see it now, you are on a sexy date (because why else would you care if your ass was just so like that?) and man reaches over, grabs your ass, ahhh nice. Then eventually you get to the undressing part and he's like "WTF is that??" and you are like "It makes my ass look good" and he's like "OMG WTF does it look like without that??" and you are like "umm can we turn off the lights??" and seriously doesn't it look painful? Butt floss and girdle like but you can still get air on your cheeks.

I bought new knickers recently... but there is no way in hell I would buy any like that!

I laughed so hard water came out of my nose!