On the road again..

So after we went to the Grand Canyon we had to drive an hour or so back to Williams, Arizona so we could get back to the highway. Then we were on our way! 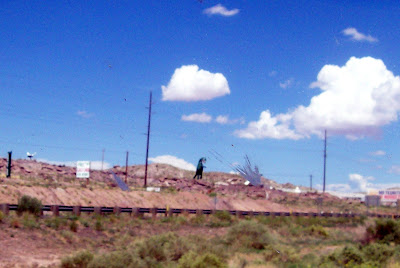 We stopped somewhere I can't remember and had Burger King for lunch. Which promptly made 2 out of the 4 of us sick and caused us to stop 2 times and get out the big ass pepto bottle I brought with me. 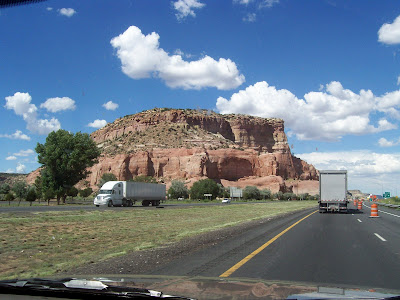 Somewhere in there we passed up the big moving truck that they had hired to take their things from California to Texas. That was pretty funny! Nice to know your stuff isn't lost somewhere though! 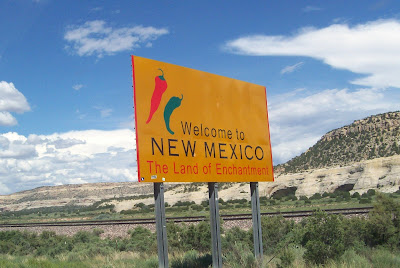 The trip went from nice weather to rainy weather off and on and then when we were almost through New Mexico there was a flash flood warning on the radio. Luckily it was a bit south of where we were. It was still a little stressful driving in the dark with it raining really hard, and being on the road with big trucks that thew up a ton of water on the windshield. 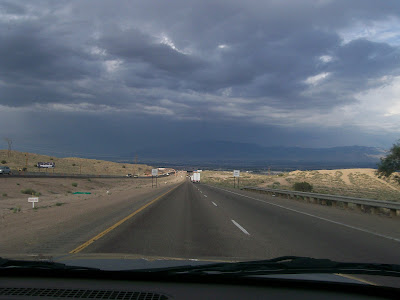 We were really happy to finally get to our turn off spot off Highway 40. We stopped at a Flying J for gas and went into the Country Market and had something to eat.

When we pulled out of the parking lot we stopped at the first stop light and got pulled over by a police man.

He said he pulled her over because she was going 57 down the hill. We were like um there was no hill from the parking lot to the light?? And how do you get up to 57 pulling out of a parking lot with 700 pounds of your possessions in the back of your truck??

So he asks for her license and asked her how much farther she had to go and then he said well you have about an hour and fifteen minutes to go and that there is 4 of them out on the road so take it easy and have nice night!

I'm like well obviously he was just messing with us because there is no way you even went down a hill or went that fast. Gotta love the New Mexico Police! They live up to their reputation!!

So it was really late. And dark. And we were getting a bit giddy. 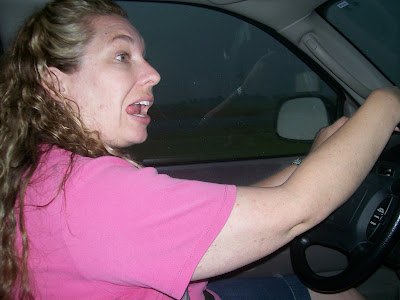 We FINALLY made it to Texas!! 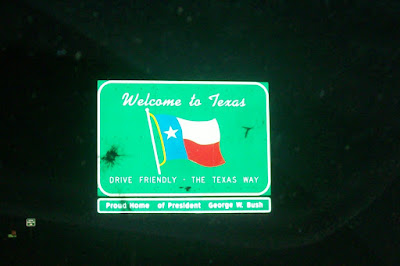 Here is the moving truck that arrived on Saturday morning. 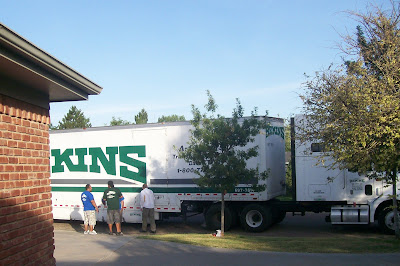 VERY intersting how they pack those up (all the way to the top!). I was hoping the big moving guys weren't going to keel over from a heart attack since they looked to be in such great shape. 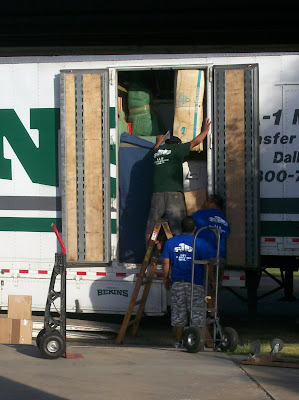 It took over 2 hours for them to unload her stuff. CRAZY!! 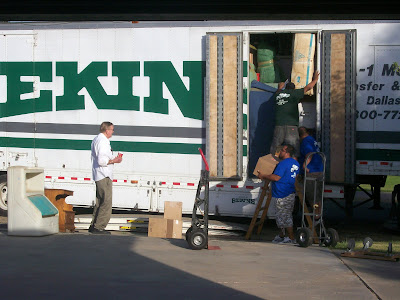