I could really go for a big alcoholic beverage right now.

But I can't. I have to go pick up Jessica from youth group later. She's at a different church (3rd one. oye.) so I can't even send Scott to go get her because I'd have to draw him a map and take pictures of where to turn and such.


So today I had to take my car in to get a safety recall thing done.

I've only been supposed to do that for at least 6 months. What finally got me in there? My visor broke and wouldn't stay up!! So I had to take it in for that.

I planned to walk down to Marshalls and Starbucks while my car was there. Yeah as I drove by I realized just how FAR that is. Um no thanks. Instead walked across to the mall which involved crossing the street 3 times and walking through a HUGE parking lot. TG no one tried to run me over.

I got a Grande Pumpkin Spice Latte (non fat no whip) and then sat down and read my library book in Barnes & Nobles.

Bet they love when people do that. After I finished my drink I got SO HOT. I had to go outside, decided to just walk back. Sat in the dealership for about 10 minutes fanning myself with my book. There were 2 old guys sitting there with light weight jackets on and I'm thinking OMG what is WRONG with them. It's so FUCKING HOT. 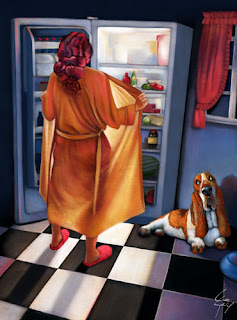 Thinking it might have been the coffee. Waddua think?

Got my car, BLASTED the air. TG for air conditioning!! When my old car's started going that was the #1 push for a new one! You cannot live in California and NOT have air conditioning. Well unless you live in San Francisco but that doesn't count.

Had tons of time to waste before having to go home to get the kids so went to a couple thrift stores. Went to a little tiny hole in the wall one I haven't been to in forever and got some cute stuff! Hopefully it will sell well on ebay.

Had to RACE home for the bus because I had so much fun taking my time strolling through the stores.

Luckily I made it in time.

then Jess called that she missed the bus. So had to go back to town to pick her up.

then had to drive Jess to church.

sitting here waiting for the next call...

If it makes you feel any better I just got a recall fixed about a month ago, been getting letters for it for YEARS!!! LOL

And I too get hot this time of year when I drink a hot Starbucks!! LOL

I let the recall sit for ever too. Ha ha ha! Why is that? I am sure tons of ppl do it. I mean, WTH was I thinking, I think it was major like seatbelt malfunction or something. Ha ha ha! Yeah that was real safe of me. Man, I am lazy. Ha ha ha. Okay, well, really glad to see I am not the only procrastinator. I'm sleepy too, and hungry, actually starving, so I think I should call it a night early and go to bed.

I had to do a recall as well...Toyota. That pumpkin spice sounds delish...cherry

Hi - Thanks for popping in to say hello. My word you're a busy lady!

As far as heat and coffee is concerned - believe it, it happens!

I am in Arizona this week and the thought of Starbucks makes me need to wipe my brow........

Have a wonderful date!!

It's why you're called Mom Taxi Julie. Now I want a pumpkin spice latte.