So last night we had Layered Enchilada Bake again. Although I didn't use the Taco Bell seasoning (made my own) and it was a lot spicier! Think I like the Taco Bell version better.

Tonight we had Country Salisbury Steak Which was good but would have been better with gravy instead of the BBQ sauce. 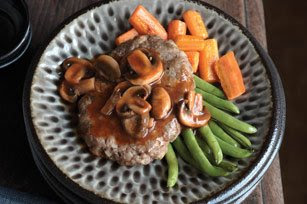 Tomorrow's dinner is going to be Velveeta Pepper Jack Enchiladas. Except without VELVEETA because they didn't have that at Safeway. I just bought some sliced pepper jack and figured it should work OK. Let's hope! 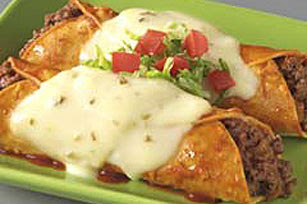 I'm thinking next week I will venture out and pick some other site to cook from! Although first I have to cook the rest of the "week's worth" I bought :O)Pin It
Posted by Julie H at 9:38 PM

Those enchiladas look yummy. That'll have to go on next weeks menu. Thanks.