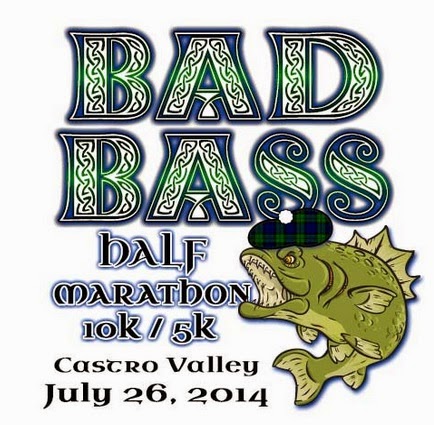 Well I jumped back into crazy town yesterday.

I had signed up for my July race kind of late, which left me with not very many races to choose from in the area.  I'm sure you have all figured out that I have not been running as much lately. I kind of fell off the running trail into the couch after my last half marathon and I've been struggling to get out of the cushions every since.

I decided a couple weeks ago I'd just go back and start over the couch to 5k. Which, after Week 1 Day 1 I decided I could skip ahead a bit. I went to Week 5 day 1 the next time and then to Week 6, and that is where I am fitting in. Some running with some breaks for walking.

So I signed up for this trail run. It was about an hour away with traffic so I decided I'd sign up for the 10k because why would I want to waste the gas to drive that far for a 5k? Some logic eh? If I'm going to kill myself I better kill myself enough that it's worth the money.

I actually didn't even drive myself. I had found a local running "group" on Facebook and I had posted on there asking if anyone wanted to car pool and one girl answered so I drove with a complete stranger. She was cool though and her (21 year old) son came too, although he didn't race.

I was a bit intimidated by her when I first saw her because she weighs MAYBE 100 pounds. She started running when her son went to college so she had something to do with herself. She doesn't even know what her pace is because she doesn't run with anything and even wore her daughter's old tennis shoes until just recently. But then she told me how she did in the last couple races she ran, and she's super fast. Like a 25 minute 5k or something like that. I'm in awe of people who can just get out there and be awesome like that.

So anyhow, the race was put on by Brazen Racing, who always does an awesome job. Their races cost a bit more but they are so worth it! Totally organized and they always have a big spread of snacks when you're done. Plus they have awesome medals for all the race distances.

This race was called the Bad Bass and it was at Lake Chabot, which I've never been to before. 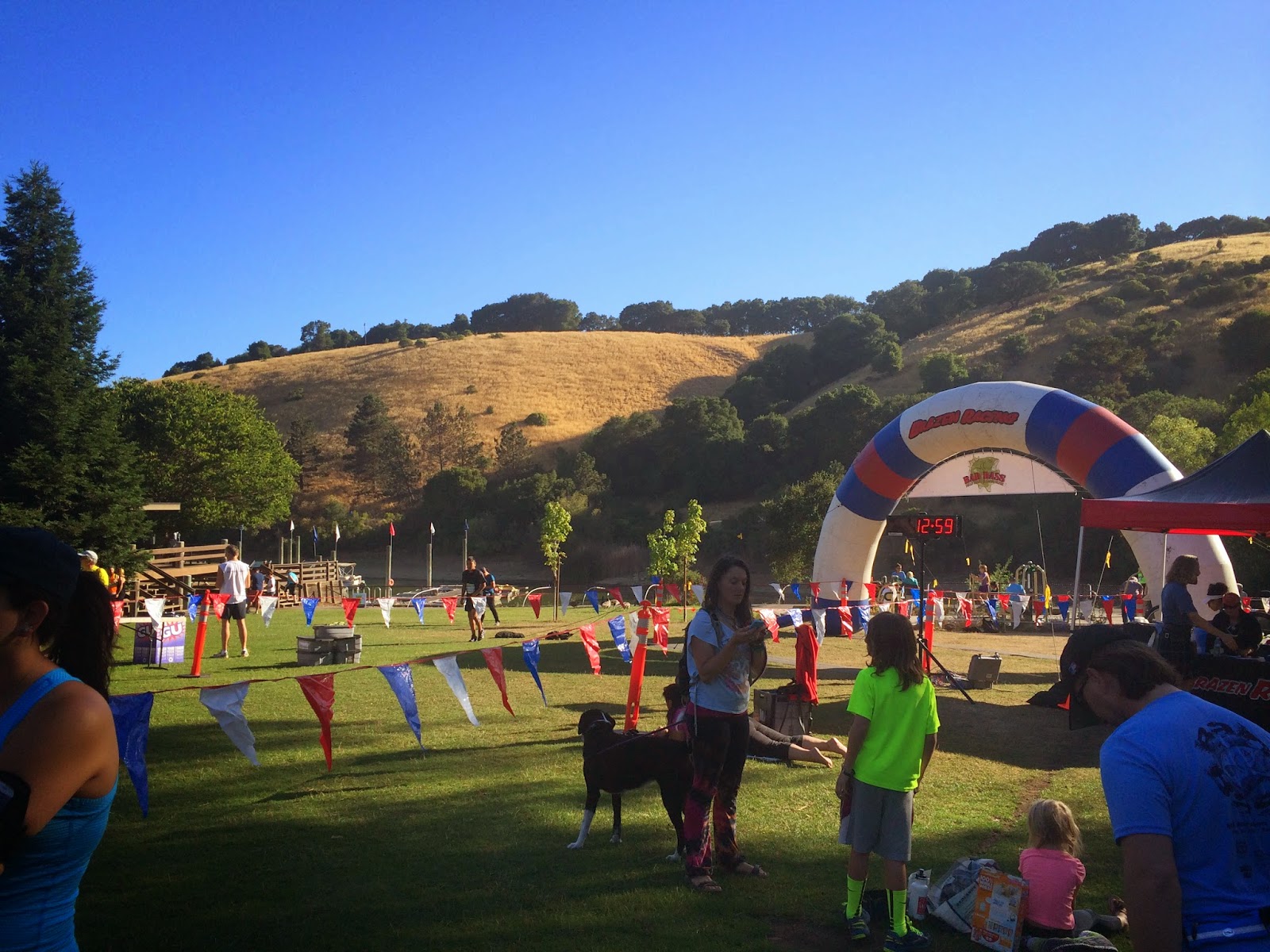 I got in line for the 10k race and waited for the start. My strategy this time? Don't die.

The first part of the race wasn't too bad. I was thinking to myself, wow is it going to be on this paved path the whole time? I could totally do this!

But then, then the paved path stopped. It went to the dirt and then STRAIGHT UP. 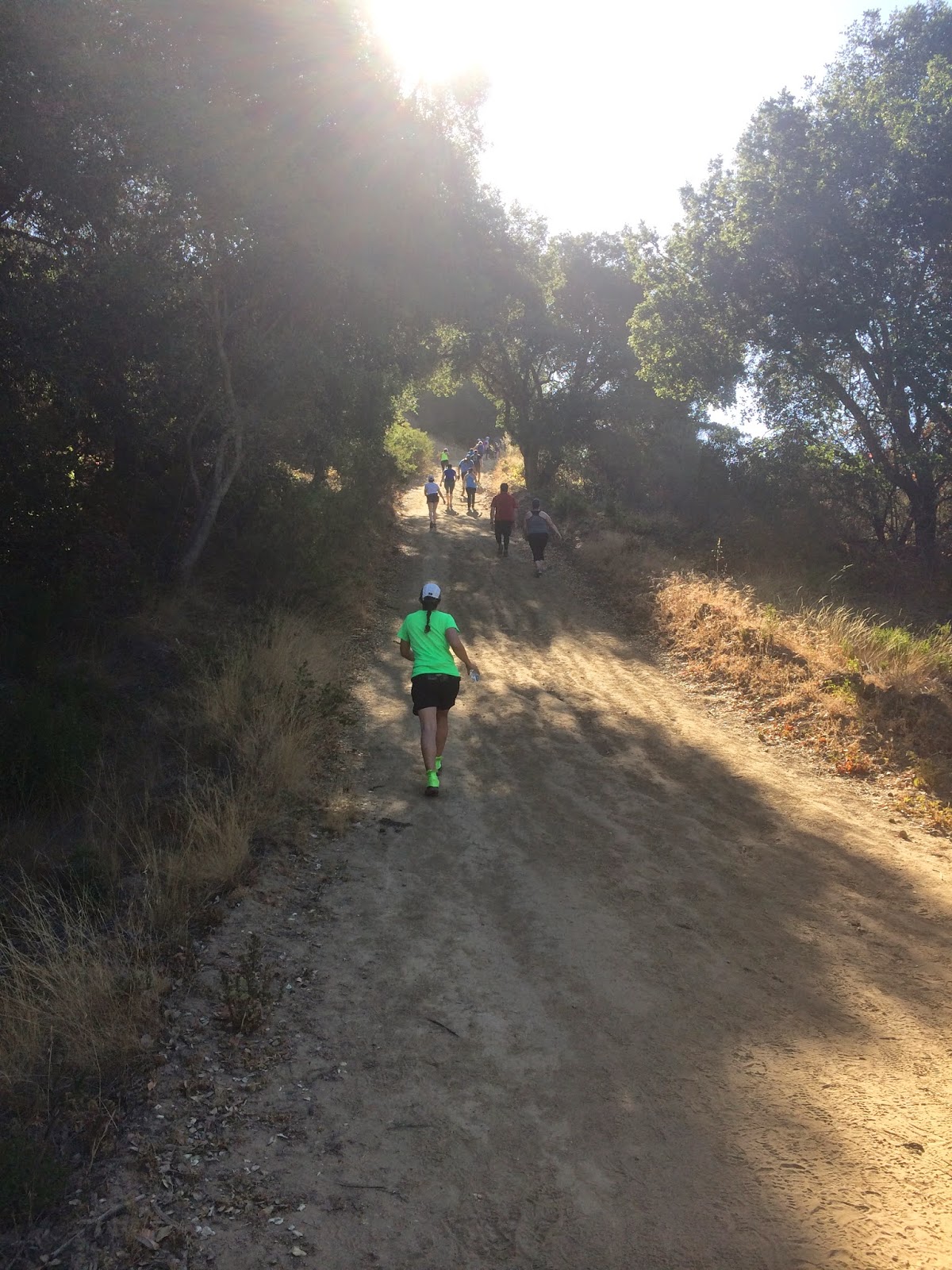 And it wasn't just like one hill. It was like over a mile of that. I pretty much walked it the rest of the way to the top. I even stopped and just stood there a couple times to catch my breath.

At least it was pretty though. A little smoggy out there but pretty. This was just a tiny bit down from the top. 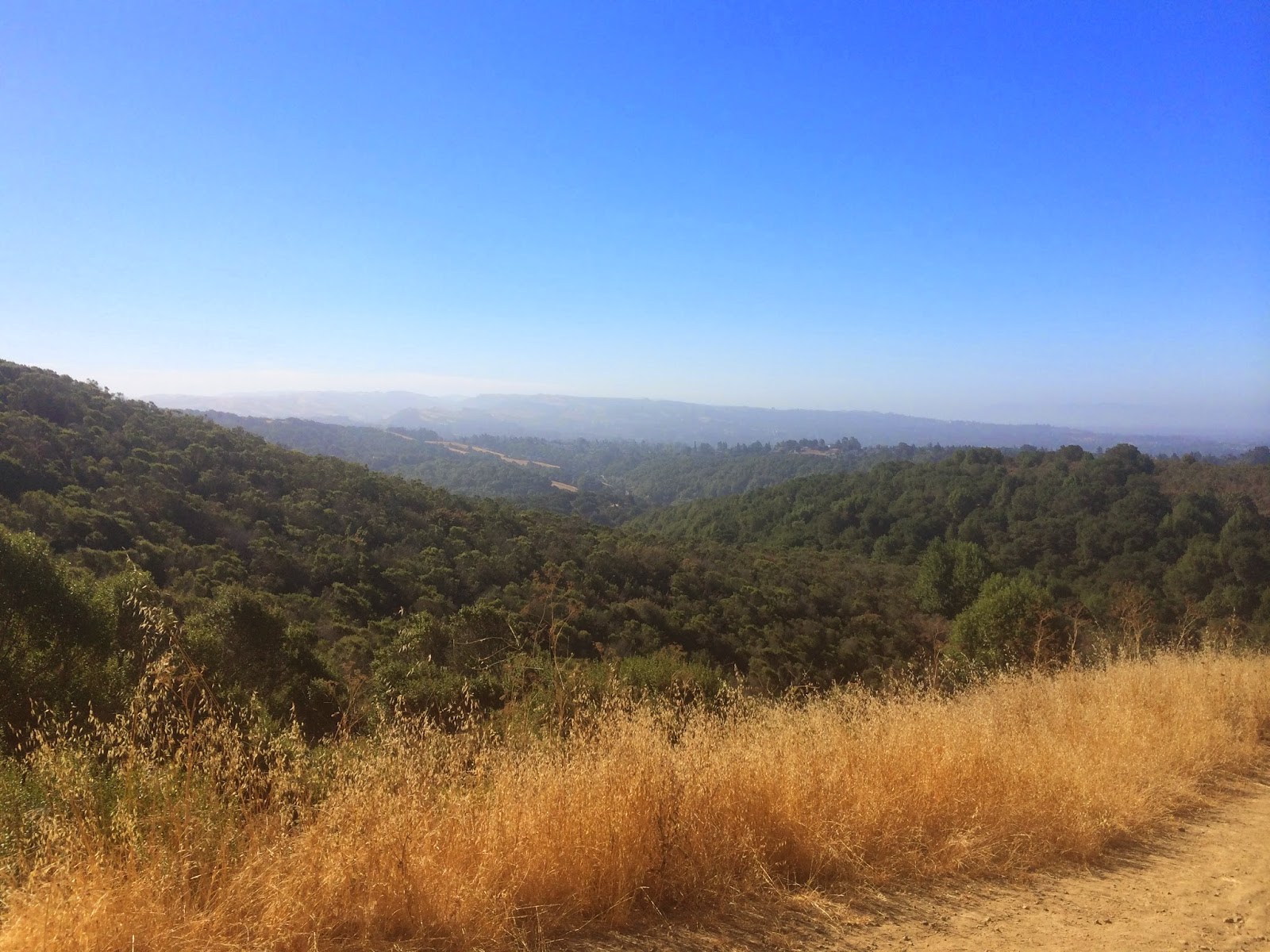 I told myself I'd just run down the hill, which I did partially. After seeing a girl in front of me roll her ankle in some of the water ruts I decided that I should probably be careful. There was a young boy  that kept leap frogging with me and he'd just barrel down the hills and I kept thinking how nice it is when you are little and don't worry about hurting yourself.

Instead I was calculating how much an ambulance ride to the hospital would cost if I broke my leg lol. Eventually I got to the paved part and I was like woohoo it's easy from here but then it kept going up hill again. Hmm maybe that's why that part wasn't too hard on the way out lol.

I kept feeling bad that the girl I rode with was waiting for me. She had passed me going back long before I got to the top of the hill so I knew she was waiting at least half an hour for me.

When I was done she came up to me and was super nice though. She was like "well those hills were unexpected" ha! Oh by the way that was her first 10k and first trail run. I just looked up her time and she finished in 1:01 and came in 4th in her age group. 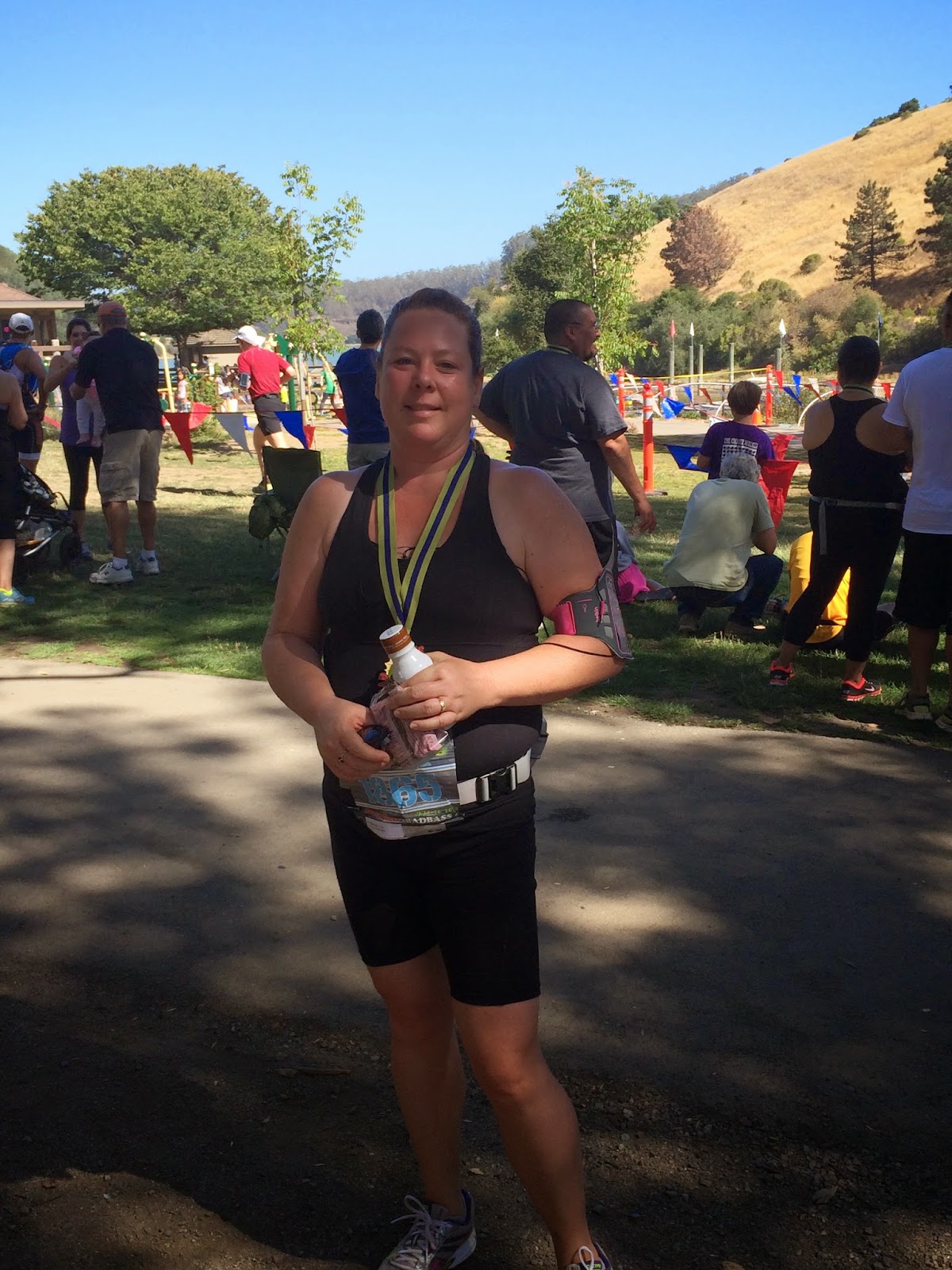 I was glad I didn't have to drive because I was kind of beat! 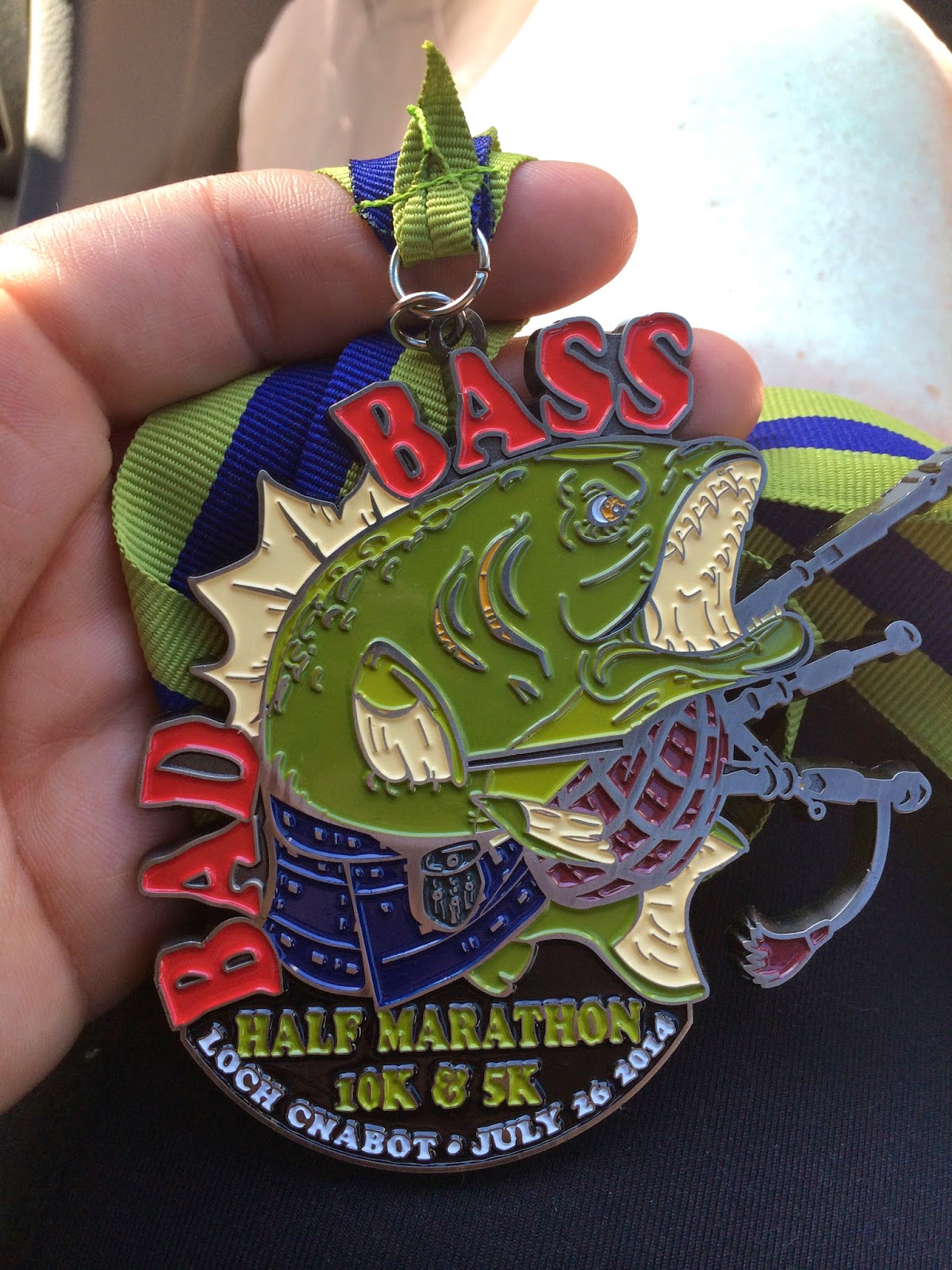 Later after I got home I was looking at the elevation map on my Runkeeper. Yep I didn't exaggerate that it was uphill lol. Look how pretty the map looks though, all green! 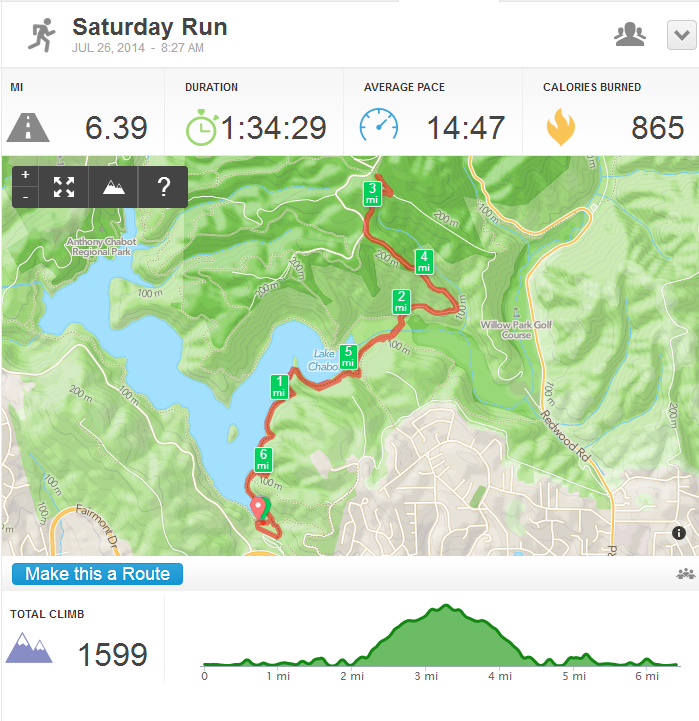 I actually wouldn't mind coming back here and running on the trail again. I know I'm nuts but it was so pretty! It would be nice to just take my time (ha) and be able to stop and enjoy all the pretty sights. There was a bunch of times I was like "Oh I should take a picture of that" but didn't.

I wouldn't mind riding bikes on the paved part too. I don't really like going off road with the bike (that whole ambulance ride thing) but the paved part wouldn't be bad.

Next up is the Color The Skies Run in Ripon. Nice and flat and only a 5k!

Bloody hell what a run! You should be so proud you did it.
I love the medal!!!