We had enough trophies that everyone could just pick one, that worked out well.

Trevor got one since he was the "captain" of my mom's boat. 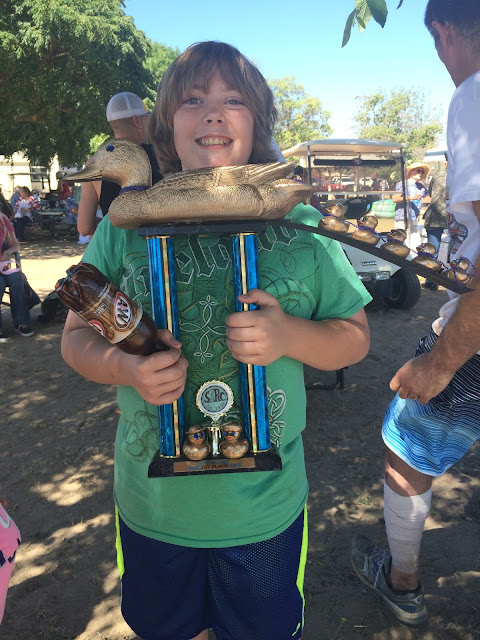 and Scott got one for us 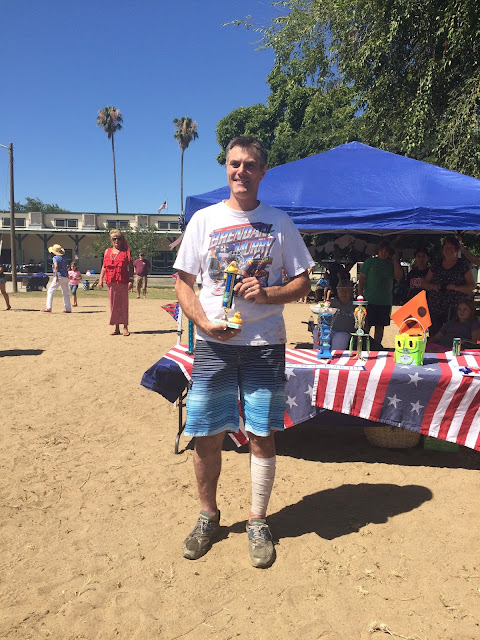 After the boat parade we did some bike decorating for the kids and then later they had a bike parade and got ribbons. My niece Adrian crashed her bike while she was riding around, poor kid! 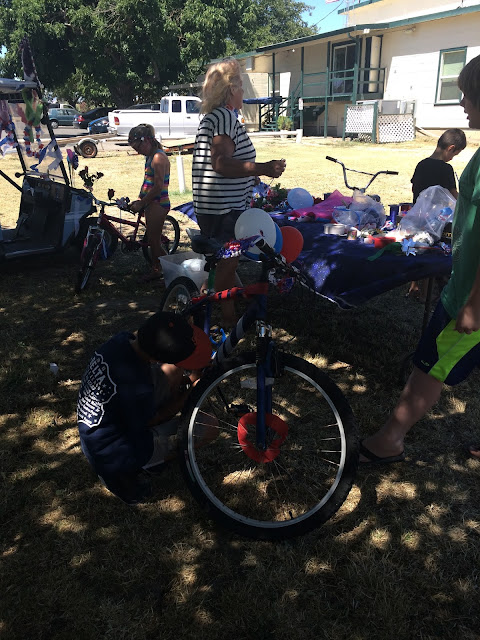 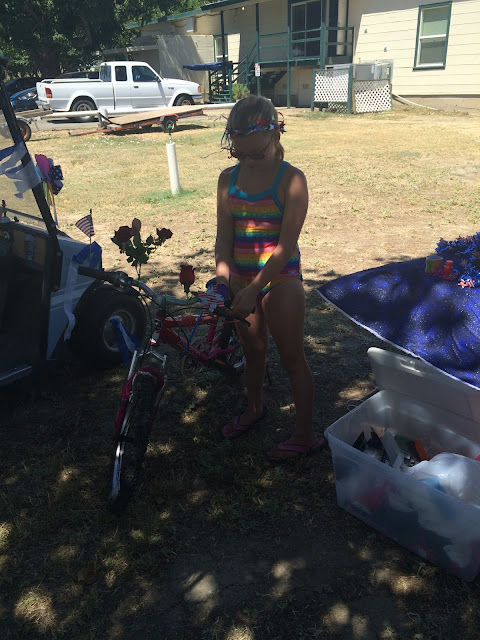 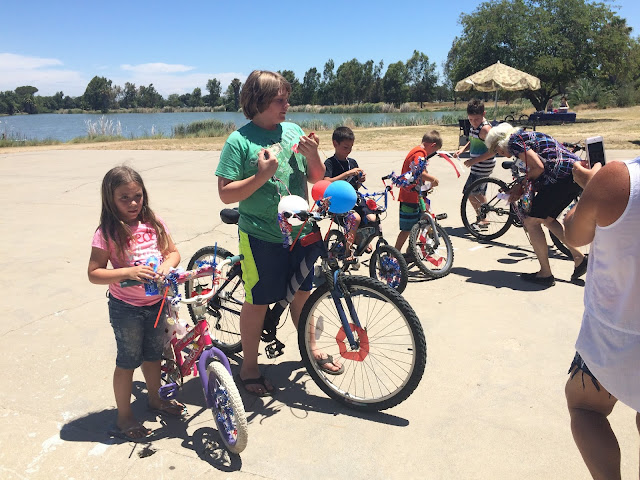 And in between all that we had the cake booth. We have "cake ladies" out here who all donate cakes for the cake booths for parties. You put .25 cents on a number and when they spin the wheel that number gets a cake. 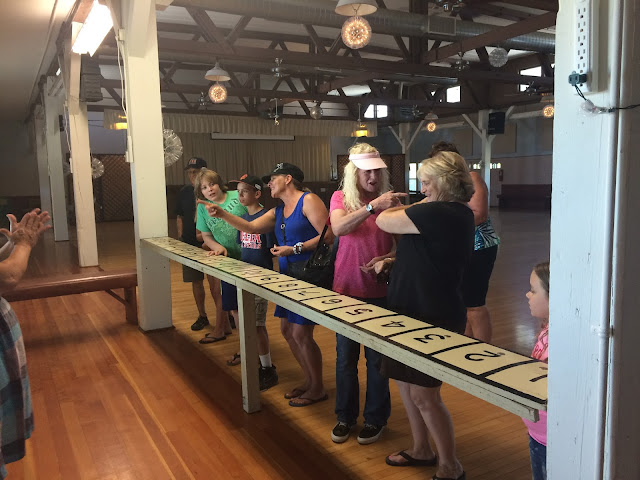 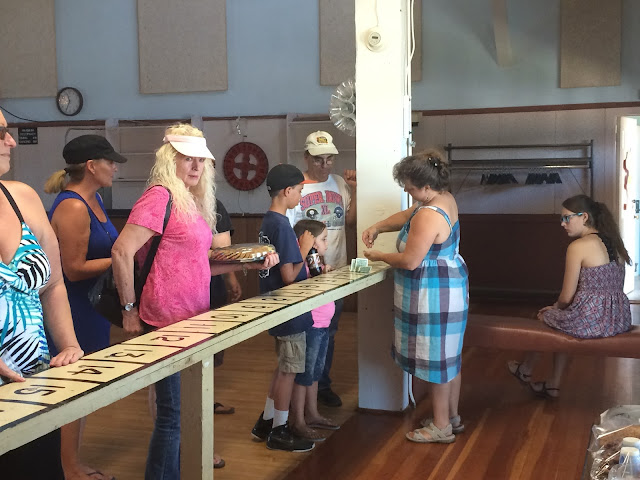 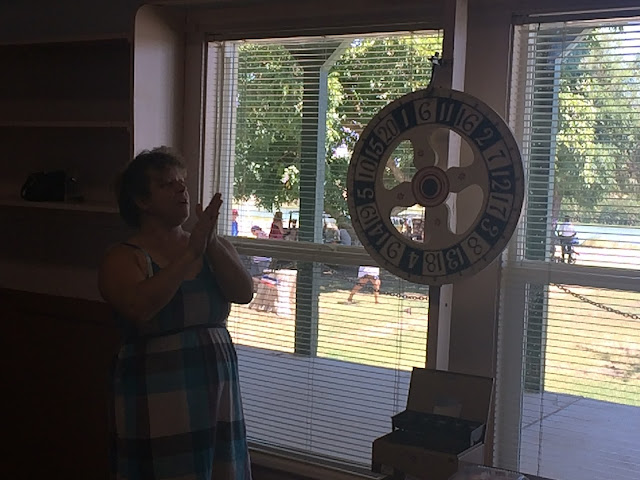 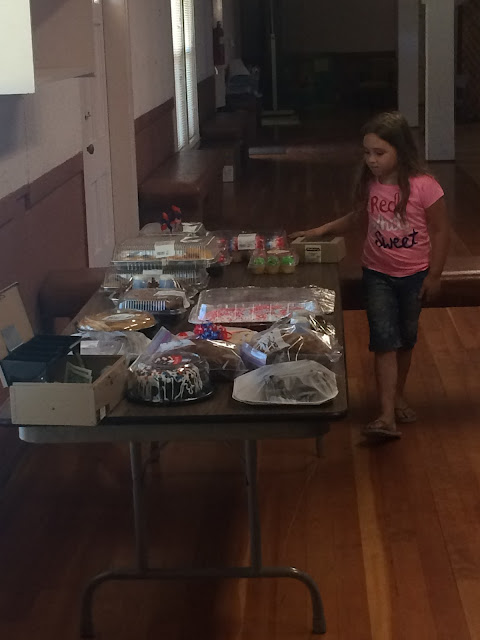 And then there was some food 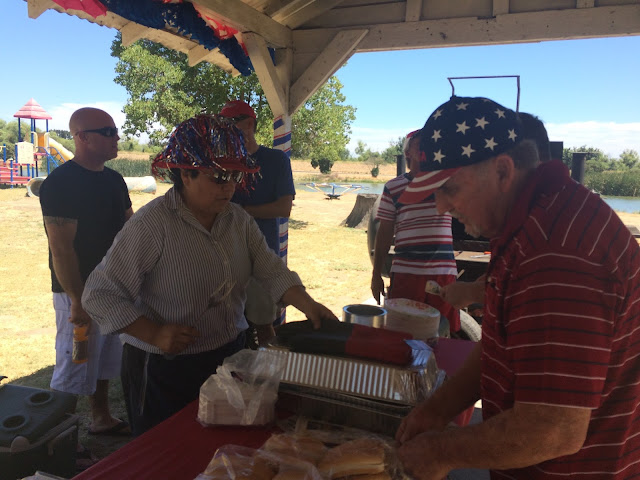 and a watermelon eating contest for the kids! That was pretty exciting and a little girl won lol 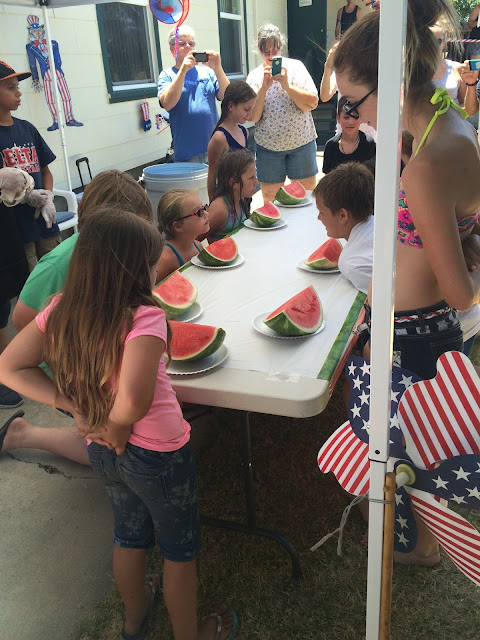 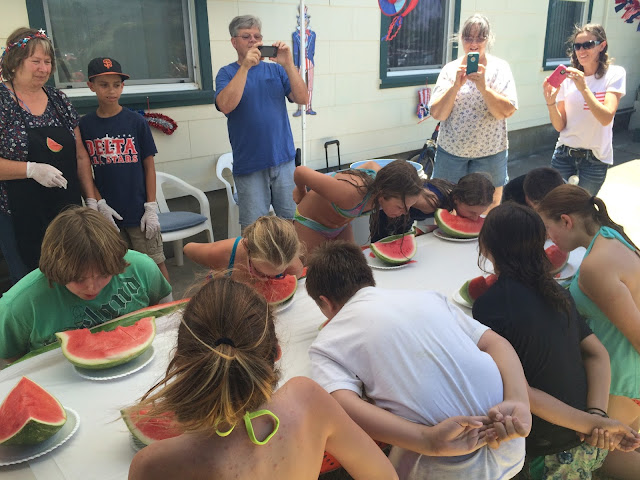 We had a water balloon toss that I was in charge of that just turned into a water balloon fight haha. And then we all went swimming in the lake, then had a few drinks in the bar. Someone brought a bunch of food over and we ate that for dinner. Trevor had went home with my mom and Melissa had went to watch the fireworks with her friend. Scott and I went home around 6:30 to check on the dogs and just fell asleep. What a day!
Pin It
Posted by Julie H at 6:00 AM

You seem to be always going out and having fun Julie! Ya lucky tart.