Only 77 days left until school starts. I hope I can make it.

Started off the day by waking up to my brother knocking on the front door. Whoops, forgot I needed to get up for my nephew.

Called the doctor and made an appointment for Trevor at 10:40 for his "bladder infection" symptoms. 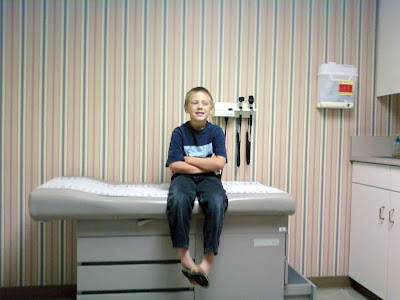 He thought peeing in the cup was awesome. Didn't think it was so cool when the doctor wanted to check out his member. (big sister and cousin exited for that). The test strip came out that all was good but we got an antibiodic anyways since he was showing all the classic symptoms and they are sending his pee for a culture. Doesn't that sound like a fun job?

Then it was off to Target for the medicine. We ate lunch at the Pizza Hut Express. Of course my nephew didn't like the pizza. Picky!

After that we hit the "big slide park" which was fun for the kids until this HUGE group of kids came over (they were 6th grade I think I heard a teacher call them). We left shortly after that since they pretty much took over the place. 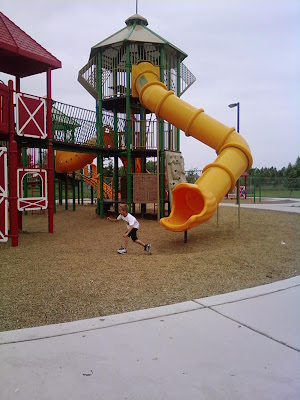 THEN we went home and I went outside to work in the yard. Everyone was BORED. So I told Melissa I would buy her a shirt or a pair of shorts if she would take the little kids to the play ground. That worked!

While they were gone Jessica came out and wanted to wash the car. She wanted to move the car over to the other side of the yard to do so. I was like ok! Then she was like no, you do it I'll crash it. So I pulled it out into the big open field and told her ok you can move it the rest of the way. Next thing I know SCREECH she almost hits the back of the truck!! I about shit my pants. TG she found the brake pedal. OBVIOUSLY we will have to work on driving soon LMAO. I moved the car the rest of the way after that.

Then the little kids all came back and Jessica and Trevor were fighting for at least 3 hours. OMG Seriously.

Eventually I had to go inside to take a shower and get ready to go to my friend's daughter's 8th grade graduation. 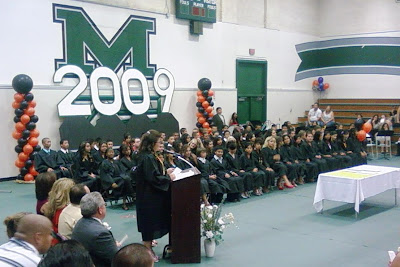 She was one of two valevictorians. She started to cry during her speech and had just about everyone in the whole place crying. She's such a sweet girl.

(PS can you see the girl with the 4 inch red hooker heels in the first row??, this is EIGHT GRADE GRADUATION!! Can you imagine what she will be wearing if she makes it through high school?)

Now I'm going to go pour myself a glass of wine. Everyone is in bed but Trevor who is waiting for me to go get his puppy and kitties out the car (stuffed). He's too afraid to go out there in the dark!Pin It
Posted by Julie H at 9:50 PM

You have my heartfelt commiserations about it being school holidays. I wish you a very big drink and amnesia so you can last the distance!

I can't believe they wear gowns for 8th grade. We call it promotion, not graduation. Come on, who really doesn't make it out of 8th grade?