Look what the monkeys learned how to do today. Tony was the first one to climb up there. I told him right off the bat that if he climbs up he has to climb down by himself too. I'm not helping him and he will just have to sleep up there. Eventually he learned how to get down. 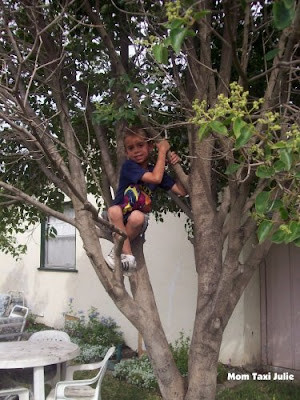 Then he went and told Trevor. He's a little afraid to get down still too. Guess he can sleep up there. My poor geranium was looking so pretty down there but it's been tromped on a few times. I should have known something would happen to it. 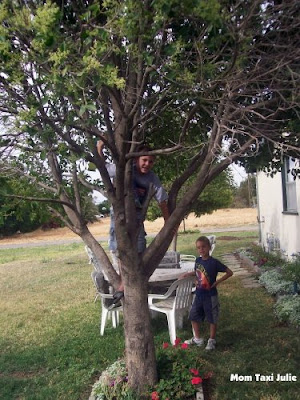 How long do you think it will be before someone falls out? Maybe I should go put pillows around the base like I did when they were on the couch when they were little...

It's a good thing they didn't try this (Texas Privet) tree on the other end of the yard. It's in full bloom and it sounds like a bee hive. 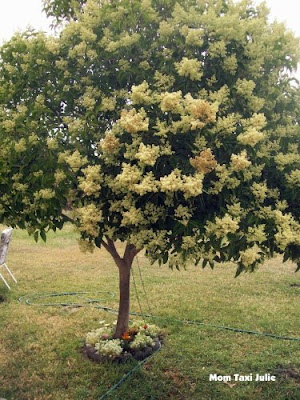 It has a lot of bees on it but a lot of them are flies. 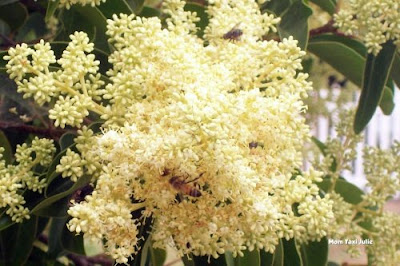 I hope it gets done soon, it kind of freaks me out when I walk by it. 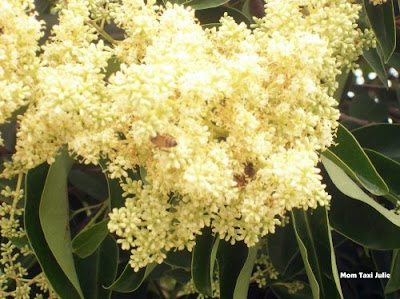 Give the boys a cute little ladder to climb into the tree with ,that way your plants under the tree will survive!
Those bees would freak me out too!

Boys and trees go hand in hand like men and beer!