Well we came home from camping a little early this morning. We all got up and immediately started packing up camp and got the heck out. It was really windy this morning. And all night. I think I hardly slept with the rain fly on our tent whipping and snapping around all night. 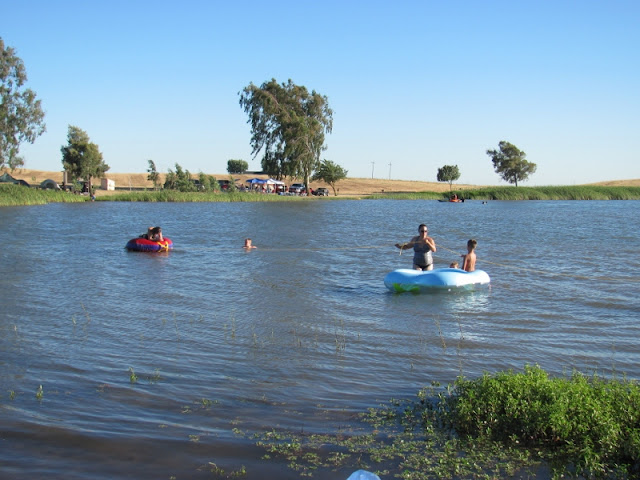 I'm kind of sad that we didn't get to go out on my brother's boat again, that I never got to ride in the tube, and I didn't get to float around in the lake for one more day. But it was freaking cold! 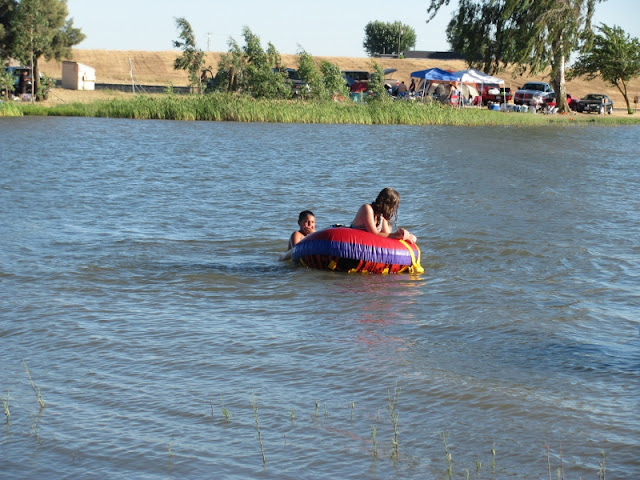 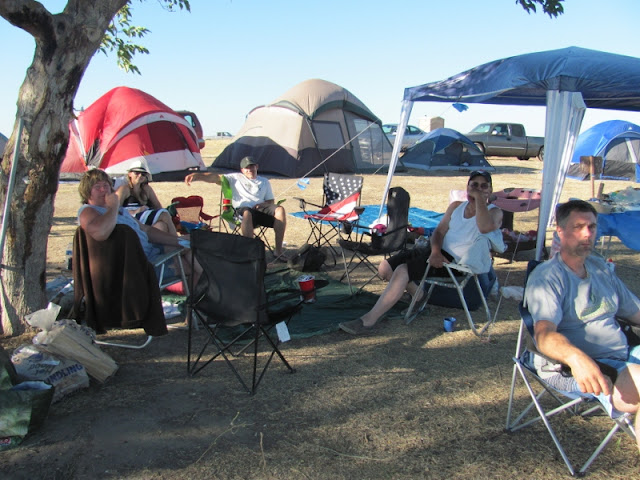 I did however totally fry the shit out of my face on Friday. I usually don't put sunscreen on my face because it makes me break out. I had put it on my body and I was out floating around the lake and I could feel my forehead on fire so I actually came back in and put it on my face. 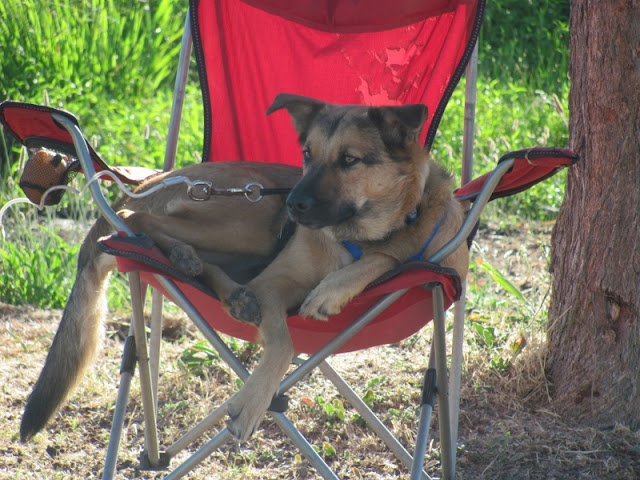 I think at that point it was too late. Later that day we took a ride to town (we needed bigger drinking cups, fire wood and tequila go figure) and I could feel the heat radiating off my face. It was like my own little fireplace. 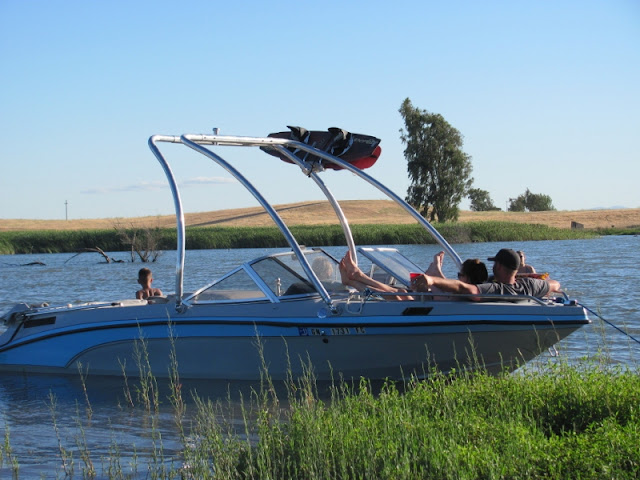 I started off trying to be good on my diet but we started the first day with McDonald's for breakfast (first time in 4 months) and ended the trip with McDonald's for breakfast (that will be the last time for hopefully 4 more months). In between there maybe have been quite a bit of whiskey but I kind of lost count somewhere in there so I'm not sure. 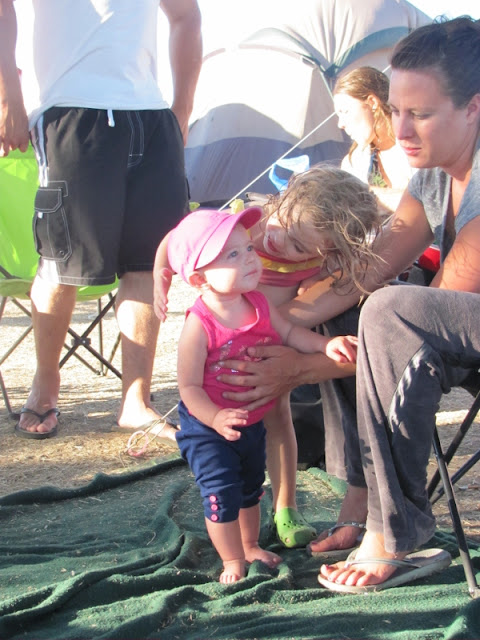 I did take the boys on a couple bike rides. Well I attempted to ride and my son kept bringing up the rear by WALKING his bike up the big hills (but I did it!) and eventually falling down a big hill and landing on his bike and a road of rocks. AWESOME. 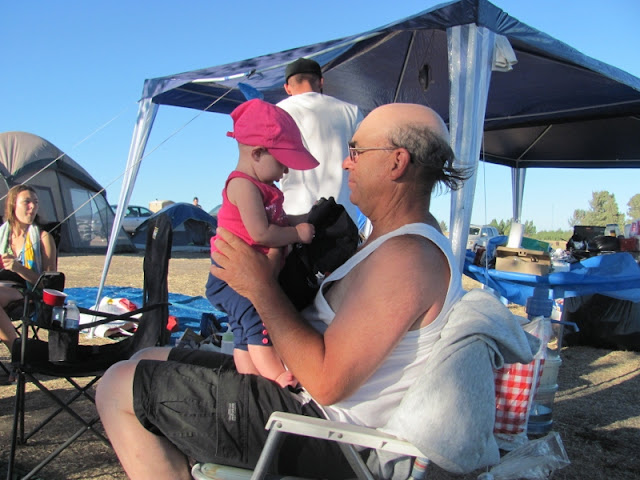 Yesterday I took them out again and there was a lot more of the walking up the hill nonsense so after we got back to camp I yelled at them that "I'll be right back" and took off to actually feel like I did some hard work. I rode my bike up this HUGE hill then panted and gasped for breath for a bit and then came back. Success. Finally felt like I did something. If it doesn't make you hurt at all it hardly seems like exercise. Maybe that's just me though. 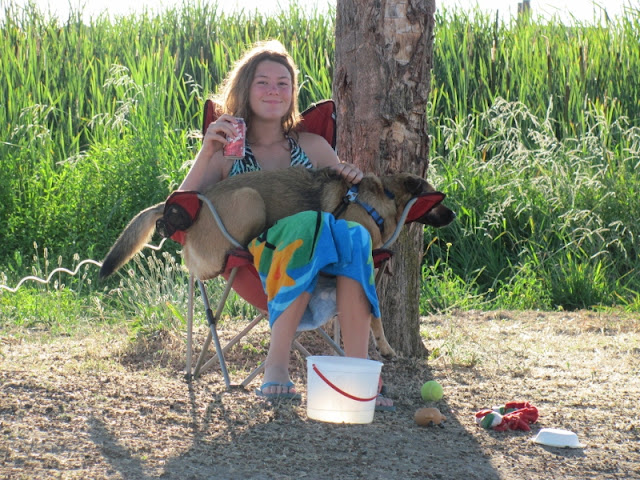 I didn't take very many pictures AT ALL but my mom and dad took a ton so at some point hopefully I'll have a ton of cute pictures to share.Pin It
Posted by Julie H at 4:32 PM

Should have left the rain fly off. Lord knows it ain't gonna rain on ya.

I'll trade you the "it's so cold" for this heat and storms and nightmare's we're having!!!