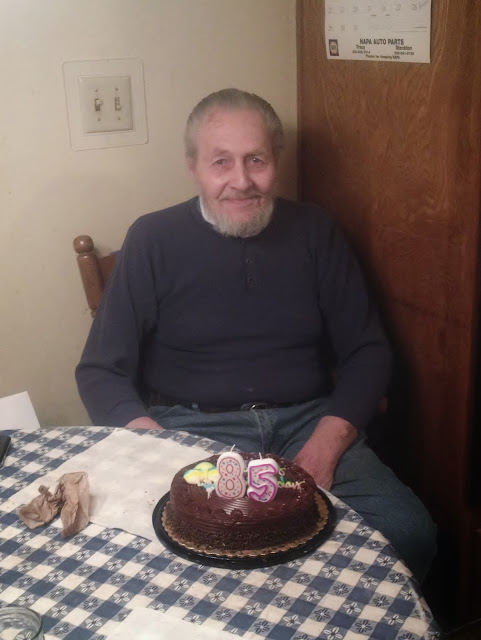 I totally bought those candles new but they did not have matching numbers. Not very nice!

Amazingly he passed his driving test and got his license renewed. Obviously they did not have him do a behind the wheel test (don't tell him I said that!) AND he actually missed one more than he was supposed to but they gave it to him anyways.

I bet he was totally flirting with the DMV lady.

It got me to thinking though. My mother in law gave up her license already. If he had not passed his driver's test, can they still register their cars? In California you have to have insurance on your car to register it, but don't you have to have a driver's license to have insurance on your car? I can't imagine them selling their cars even if they didn't drive. Although they wouldn't really need them either.Pin It
Posted by Julie H at 8:21 PM

Your hubby sure looks like his Dad. Only a bit chubbier in the cheeks!
85 ... what a good age and still be driving.