I feel like I'm in a lame duck period of time right now. A couple more days of crap food and then we can have that fresh clean break that I am so desperately ready for.

Christmas Eve we went over to my in-laws house and I :gasp: didn't take any pictures. I hate when I do that (or don't do that). It's kind of weird over there though, it feels like the same exact thing every year. Everyone sits in the same seats and it's like one more mark on the calendar.

We did have a nice visit though. We brought over Papa Murphy's pizza (mother in law's request) along with peanut butter pie and cookies. When we got there I realized we forgot to get some drinks so Jess ran to the store and picked us up some.

We stayed for a few hours and then came home and I wrapped all the kids presents. Have you ever had to wrap a skateboard? 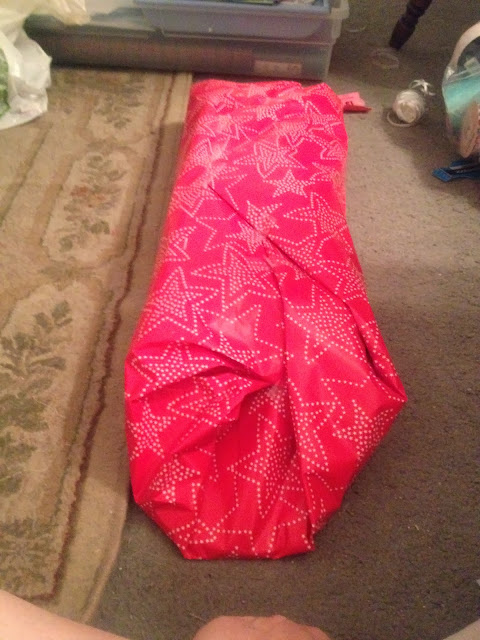 How about a bow and arrow. Hmmm probably should have looked for some boxes for those. I usually put fake names on the kids presents so they don't know which ones are theirs. That usually keeps the messing with the presents down to a minimum. I didn't really need to do that this year since it was Christmas Eve when I was wrapping them but Trevor kept asking me what I was going to make their names be this year. So I made every present have a different elf name. Yes, I do keep a sheet of notes on who is who. He was all tickled that I did that. Nice that one is at least young enough to still have fun with silly things like that! 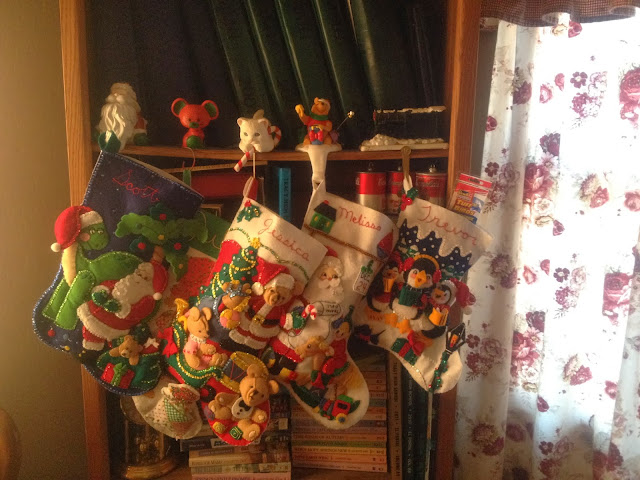 I managed to sleep in a little bit on Christmas morning. Scott was up first as usual and then Trevor woke up and I yelled from my room to the girls "wake up!" and that did it, everyone was up. No more 3 am Christmas mornings here!

We always open presents youngest to oldest. This year we got Rusty a present because Scott said he "always looks like he feels left out". So cute!

So we picked him up a present and I had wrapped it up. I called him in from my room and showed him the present. He got so excited! He picked up and carried it away a bit and then came back and ripped it open. Silly dog! It was hilarious! I wish I would have done a video! Maybe next year! 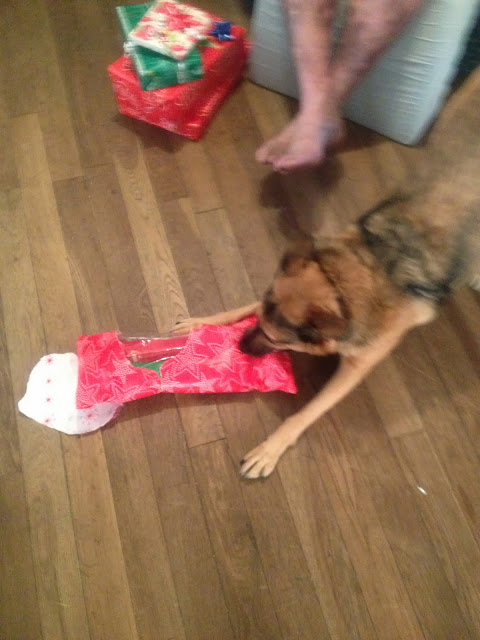 After Rusty we all took our turns opening up our presents. Everyone seemed to be happy with what they got so that was good! 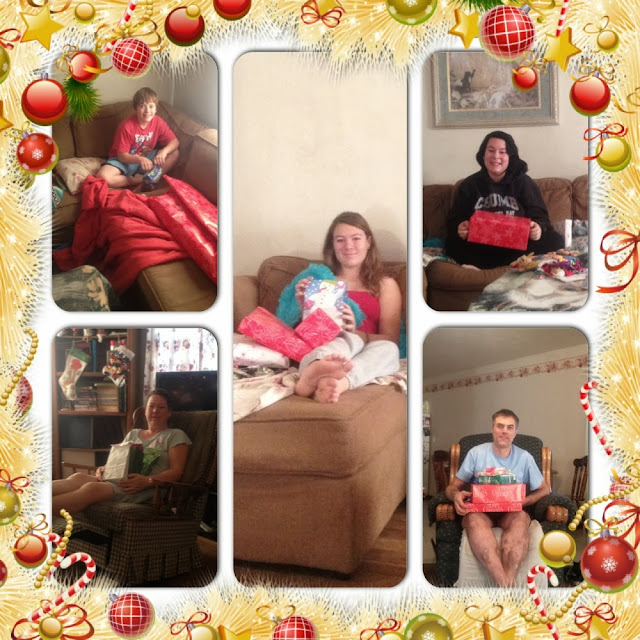 After we all played with our presents a bit we got dressed and went to my mom's house. I'll post about that tomorrow!Pin It
Posted by Julie H at 10:12 PM

I like your idea of naming the presents with Elf names so no one knows which are theirs. I'm gunna do that next Christmas for sure.
And YES, I have had to wrap many, many skateboards over the years!