Last Sunday Scott and I went out for our bike ride of 20ish miles.
37 miles later we were on our way back home.

This time we drove to the Patterson Pass exit and left the truck there and then rode our bikes over Midway to Altamont Pass into Livermore. You can't tell here but I just climbed a big hill. This road has long slow hills on the way over. 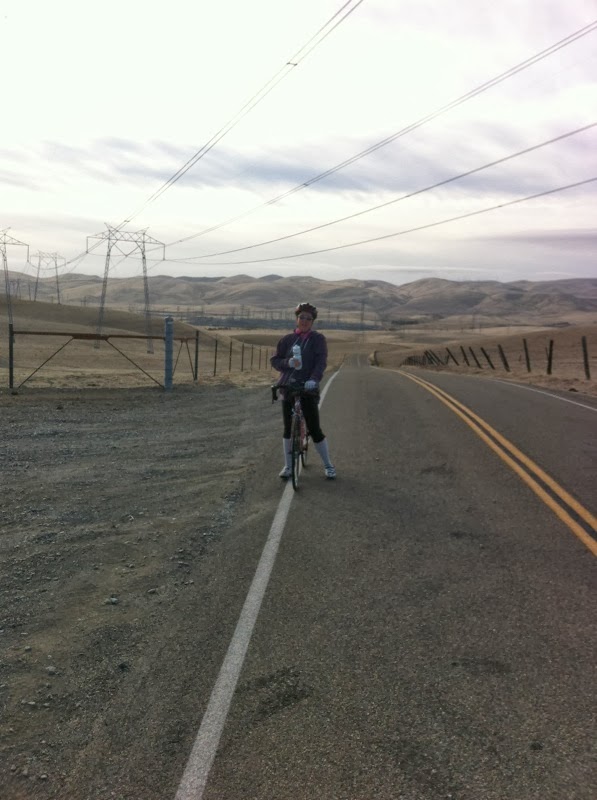 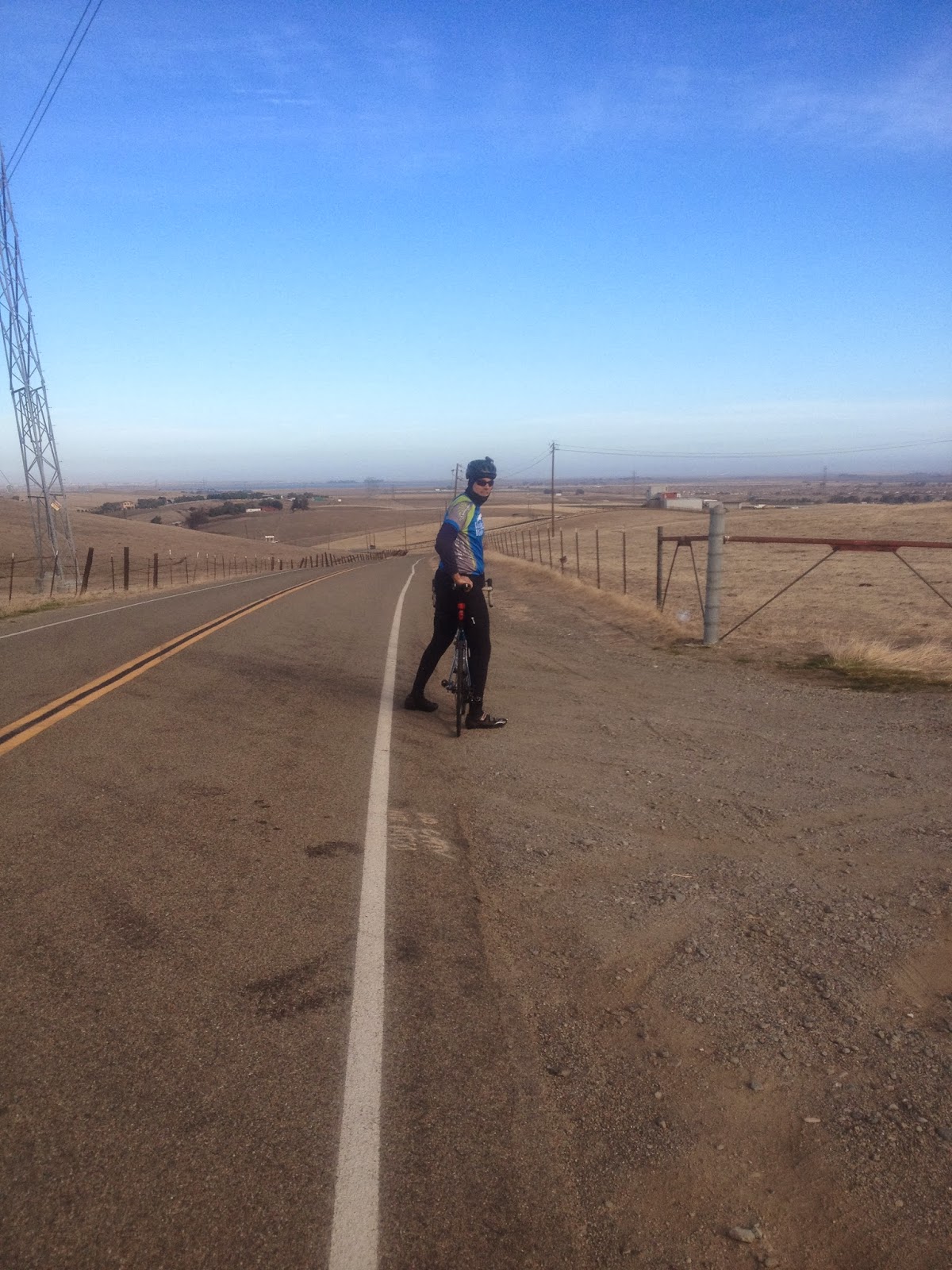 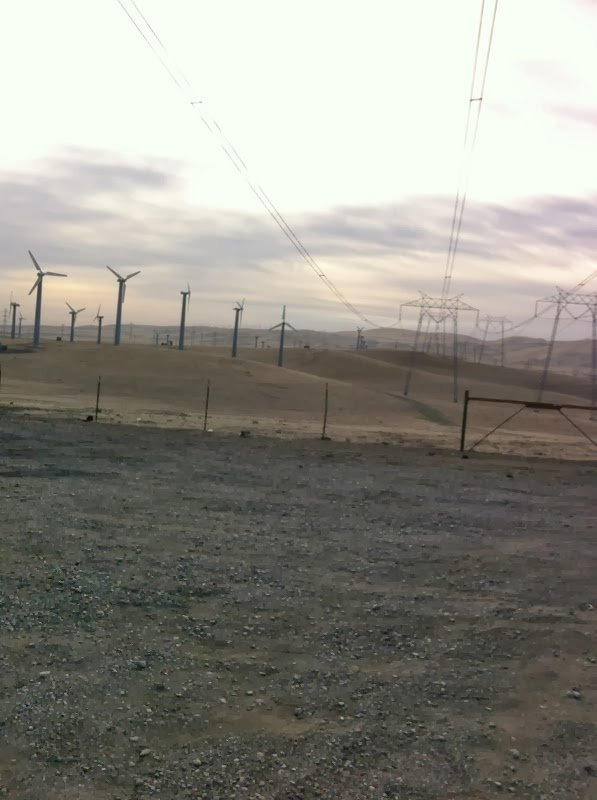 This picture was taken after we got onto Altamont Pass Rd. Sundays are nice days to ride because there aren't very many cars. These roads have pretty paved shoulder sections too so you have enough room to ride without actually being in the car lanes. 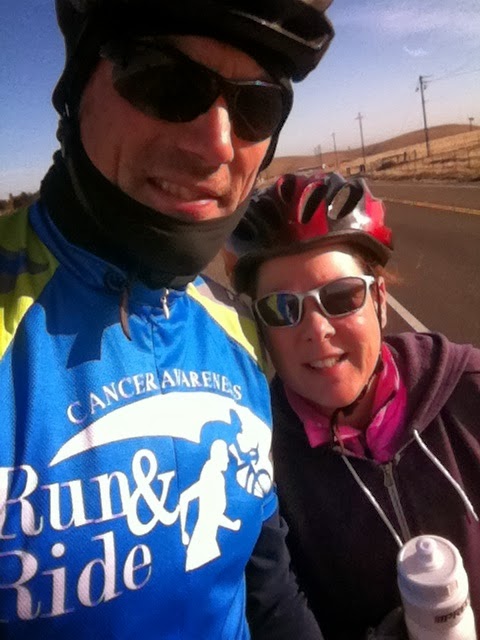 After we got to Livermore we ended up riding a bit farther to find something to eat besides Subway. I swear there is a doughnut factory somewhere around that area because I always smell donuts when we ride over there. Maybe it's all in my head lol.

We ended up going to Baja Fresh. I've only been there once before but I pretty much inhaled this huge burrito. It was so good! I may have been a little hungry too. 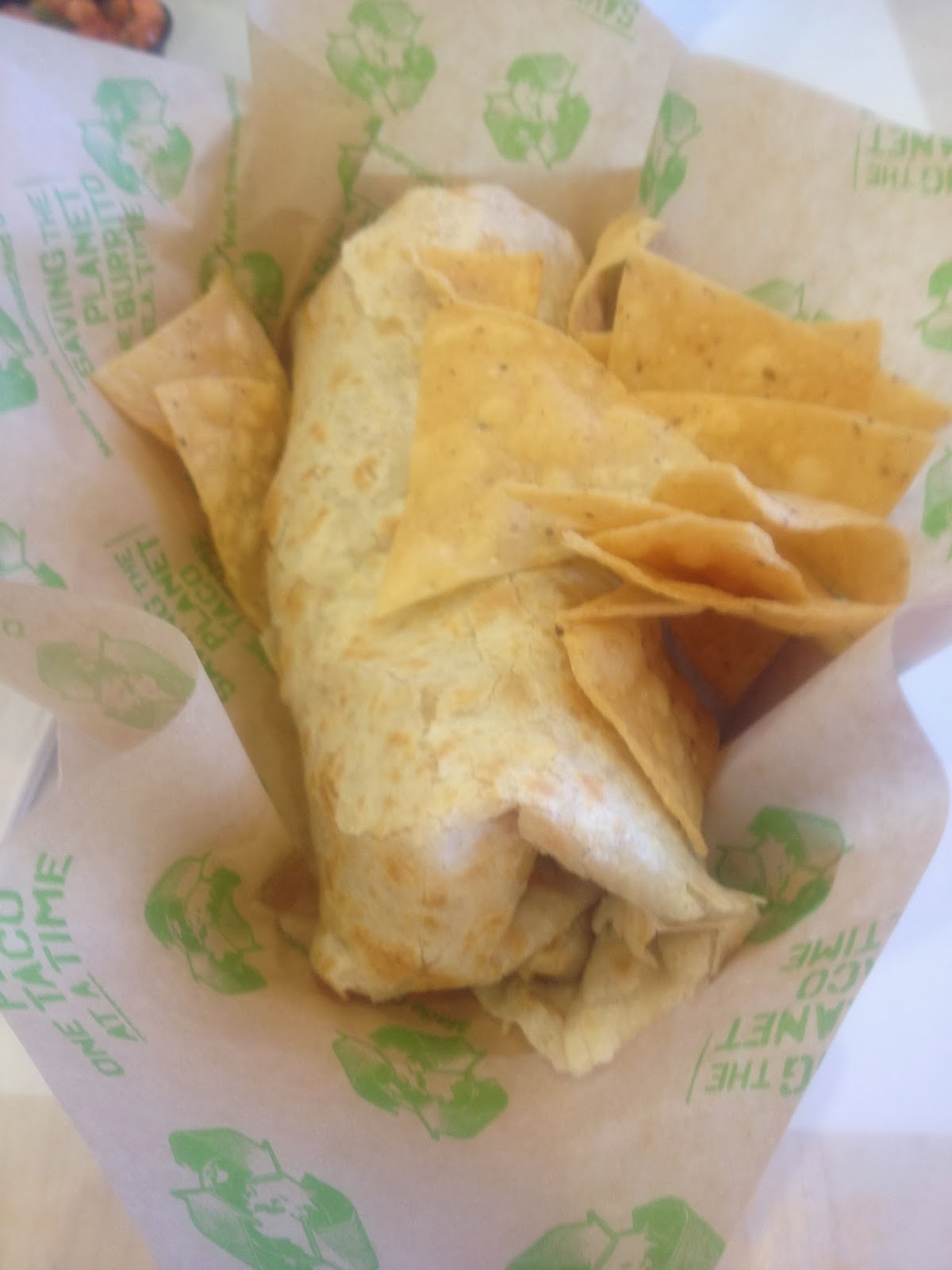 Scott had realized on the way to Livermore that he forgot his bike pump and was worried that one of us would get a flat and get stranded so we also ended up stopping at a Big 5 to get a little bike pump.

Since this was our first more hilly ride in awhile Scott said we would take the aqueduct back. We rode back down Altamont Pass and then instead of Midway we got on the trail along the aqueduct. It was pretty flat so that part was nice since I was already pretty tired. It was a bit rocky though so my arms were a bit tired! 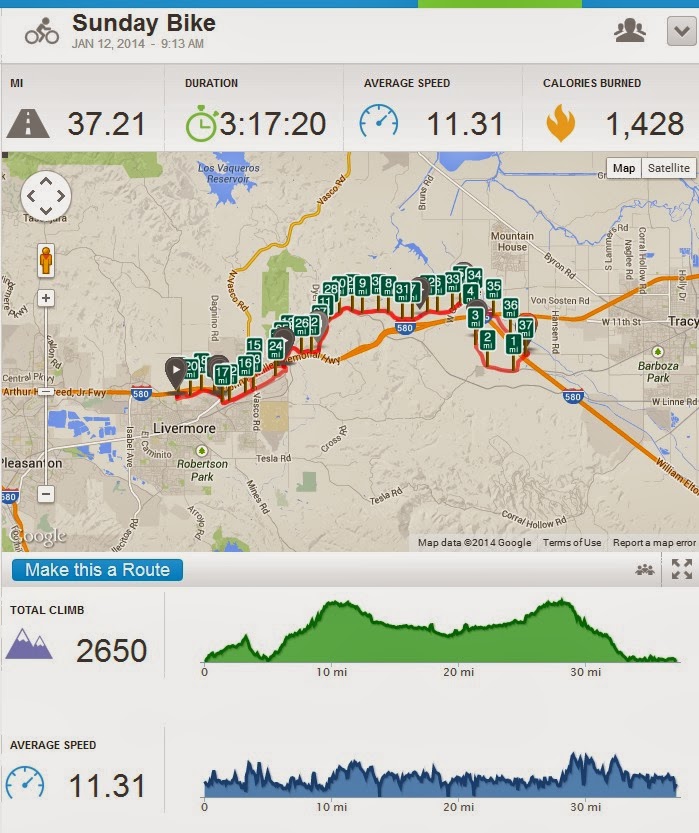 Amazingly my battery on my phone made it through the whole trip. It died right when we got to the truck after I stopped my Runkeeper. I need to get some kind of back up battery system for when we go on these longer bike rides (or figure out why my battery goes down so quick-I'm sure there is something I should turn off).

If you look at the green part of the map you can see the last part is the aqueduct part. I love these little graphs to play around with. That first part on the left is when we first start off. I was telling Scott how that one hill from the gas station up over the freeway always seems so hard! Apparently it's quite the little climb for when you first start off. No wonder it gets my heart going!

I'm thinking about skipping the bike ride this weekend. I would kind of like a day to just lay on the couch and be lazy. But then sometimes going out on the bike is kind of therapeutic too. Maybe if we get an early start and don't go too far it won't be too bad. It took me about four days to not be sore after this ride last week.Pin It
Posted by Julie H at 6:16 AM

What a ride!! That looks like such beautiful country where you are!!!

Wow that's a long ride.
The countryside looks very dry... how come? It's not summer there eh?