Saturday I drove out to Knight's Ferry for work. One of my employers (I'm a contract employee so it's weird) helps put on the Salmon Festival. I worked it last year and took the kids out the first two years to check it out.

It's a "festival" but really it's really a bunch of educational booths. This year there was one vendor there selling butterflies made out of recycled plastic that were beautiful but other than that it's all stuff to learn, mostly focused on little kids. 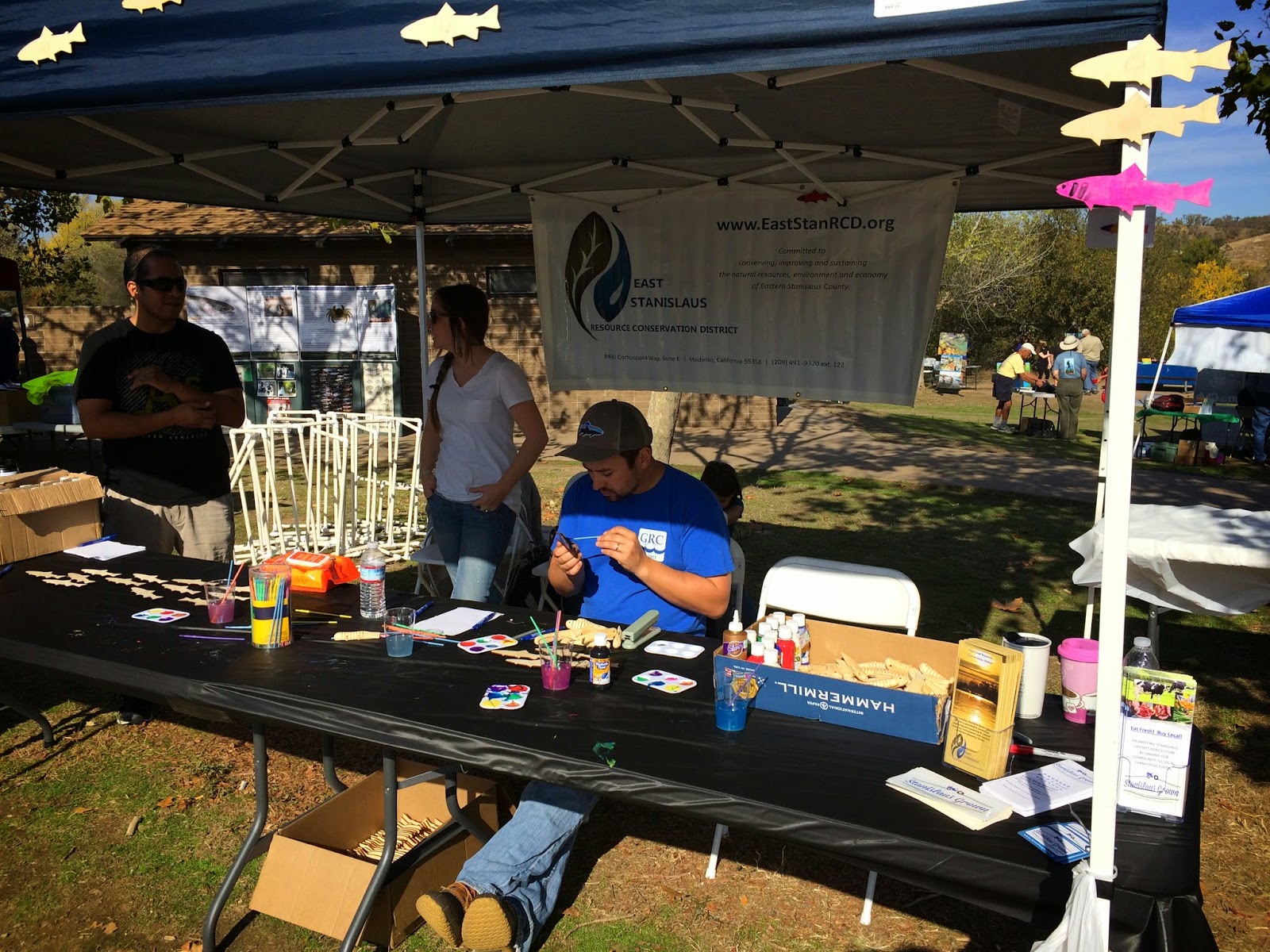 Which seems kind of weird to me. I'm like heyyy festival, where's all the crafty booths and delicious food? And they are all heyyy here's some dead animal carcasses to look at and some bugs under a microscope.

So yeah. Mostly just worked our booth which was to paint little wooden fish. They got some different ones from last year so this year we had the "wiggly" fish and the laser cut salmon fish with a magnet on the back.

The kids seem to have fun painting them and I spent most of my time wiping up after them, refilling paint and moving the finished fish over to the drying table.

Oh and there WAS one food booth where you could get a salmon lunch so that is what I got. 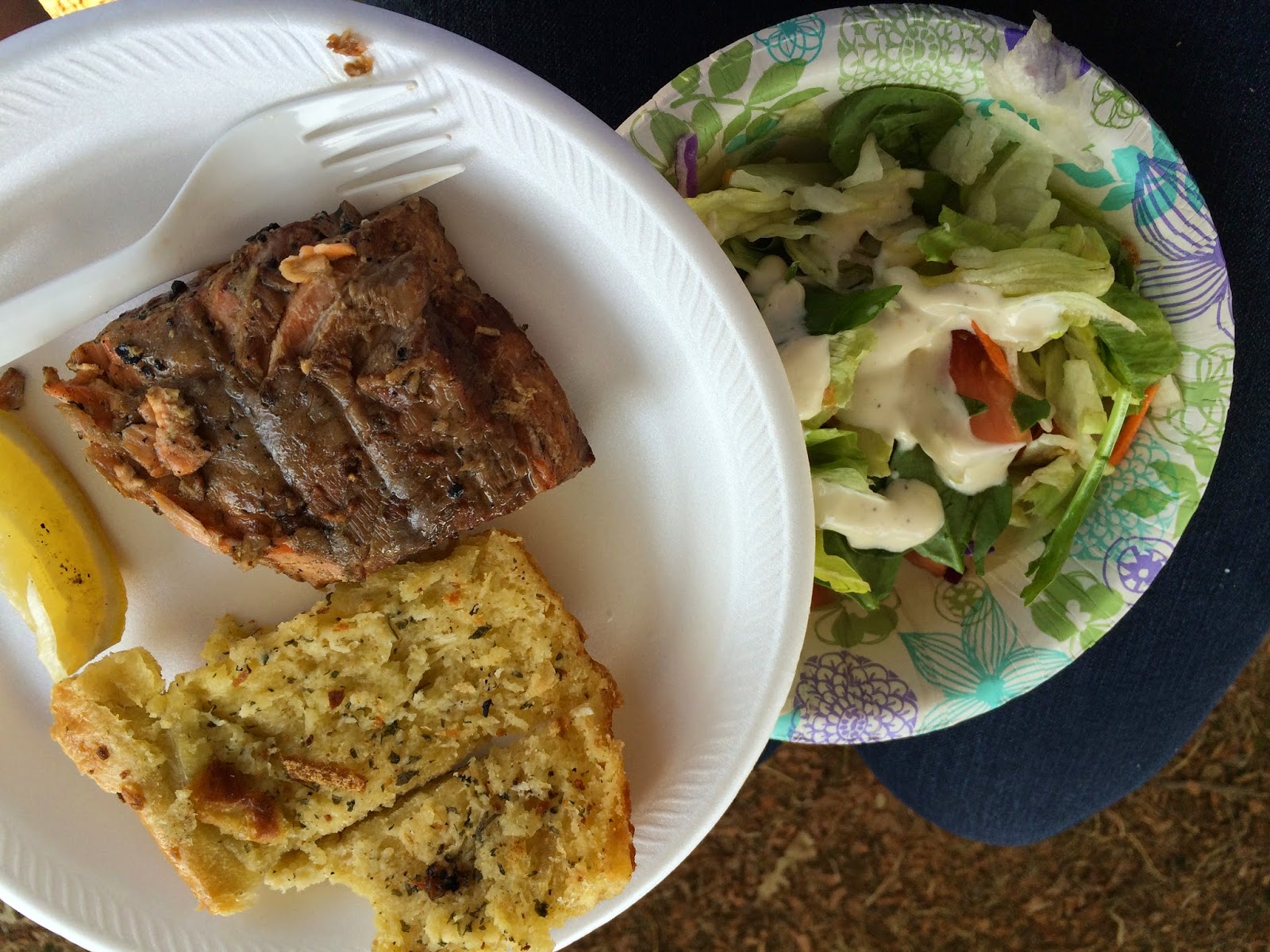 This year they also had it on the top side of the river so I never even walked OVER the river bridge that goes to the other side. I was by myself and I've seen it before so I was just like eh, I bet it looks like last year. Things aren't as much fun when you don't have someone to share it with.

I made it about 3 hours and then called it quits. It's an hour drive one way to get there so I was pretty tired when I got back home.Pin It
Posted by Julie H at 6:00 AM

Well done on lasting 3 hours. It did sound a bit boring for kids.