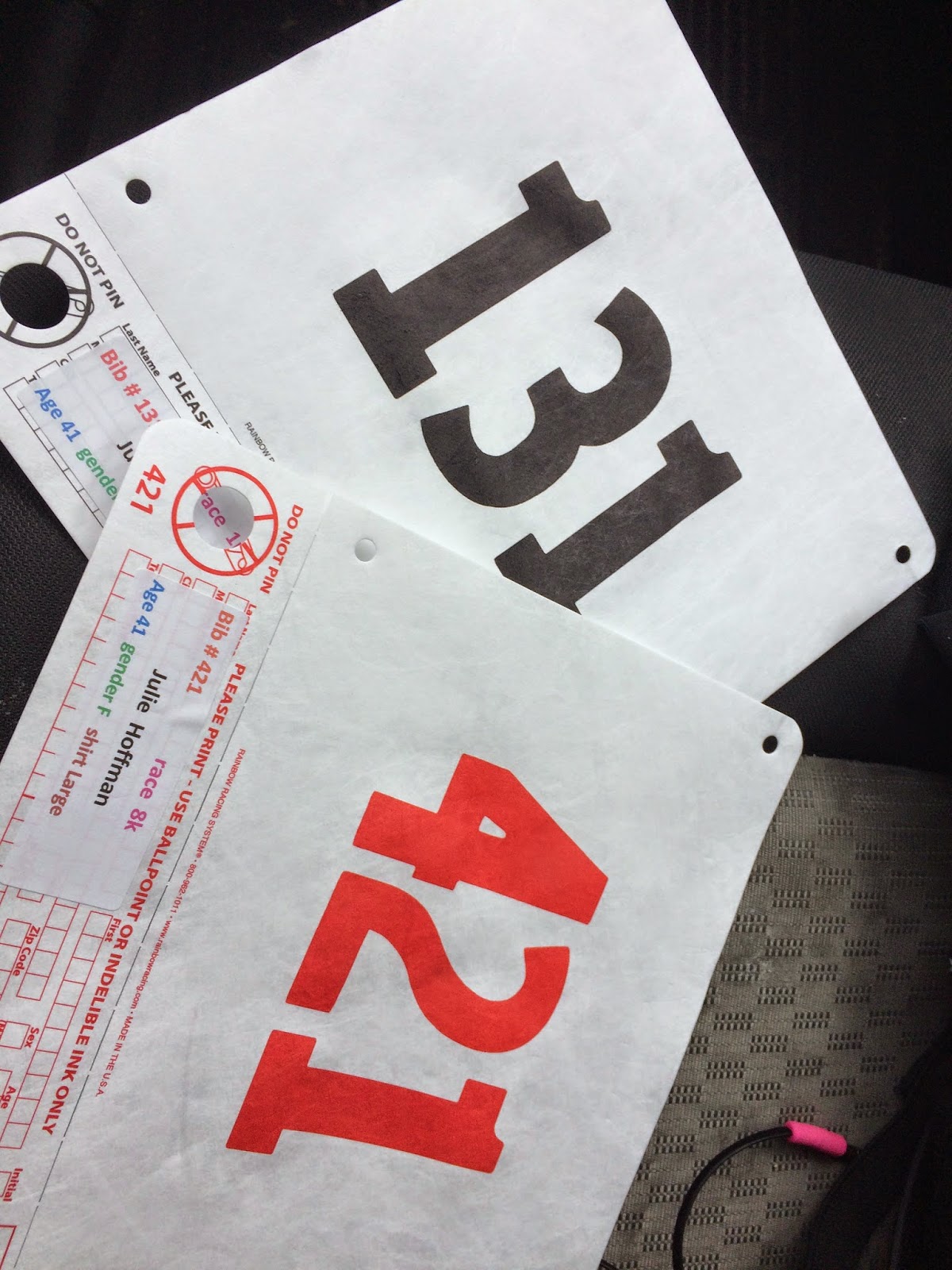 Last weekend I did the Almond Blossom Run. Ripon is a little town not too far from us and they have this whole big festival every year. Usually it's pouring rain so I've never been. Last year Scott and I both signed up for the 8k run. I was bad ass last year and ran the whole thing without walking and had a fantastic time.

This year I knew that that was pretty much not going to happen because I can't seem to run that far without walking and I'm definitely not as fast now.

Scott didn't sign up this year so I went by myself. Their race is a little different since it's an 8k and then they also have a 1 mile race that goes before the 8k. Since I've been running at least a mile every day for 180 days (that day) I was pretty excited to run the 1 mile race too. Although I thought for sure I wasn't going to be anywhere towards the top for my time since I know there are women that can run a pretty fast 1 mile!

I started off the race kind of towards the front but not right on the line. There were a lot of kids there and I knew that there was going to be some dodging around them. People took off like a shot when the race started but I tried to pace myself since I know 1 mile can seem REALLY long sometimes lol.

There was this guy that was running close to the same pace as me and at one point he turned to me and told me that I was "doing really well". I said thanks but I was thinking to myself, WTF I must look like a rookie ;)

The race is a small loop so you run the last part going out and going in and when I got kind of close I turned on the heat and just raced it in. I thought for sure that guy would speed up too but he didn't so I actually came in ahead of him.

I was pretty stoked to see I had come in under 9 minutes. I have only done that a few times, mostly last year when I was a lot faster and doing the run streak trying to beat my time all a lot.


I walked back to my car to change out my bib (they had separate ones for each race) and as I was walking back to line up that guy gave me a head nod like "eh, you aren't a rookie" haha. I should have told him thank you for making me faster!

We got lined up and I just made a plan to take it easy and to not walk until I got to the water stop. I remembered from the year before that it was about half way through the course. As I started running I noticed a guy in cut off jeans running and made another goal to not come in behind the cut off jeans guy.

It seemed like forever but I did run until I got to the water stop and then I did a lot of run/walk for the rest of the race. Towards the end I didn't feel like walking as much, probably because I knew I was almost done. I still got a pretty good time for the 8k with an under 11 minute average. Not bad for doing some walking. Usually when I run at home I tend to be around a 10:30 average so I wasn't too far off from that.

I got myself a little snack and then walked over to check the times. Imagine my surprise to see that I placed SECOND in my age group for the 1 mile run!  Talk about exciting!  I went and got my medal (they had someone at a table with them for that first race in case people didn't want to stick around for the 2nd race) and then sat away from everyone and did a little cry. Yes, I'm a dork. But it's pretty exciting to be able to place!

I thought my time was 8:37 but after I got the official results online it's actually 8:54. The way they have the results is confusing. No matter, I still got 2nd and got in under 9 minutes :) 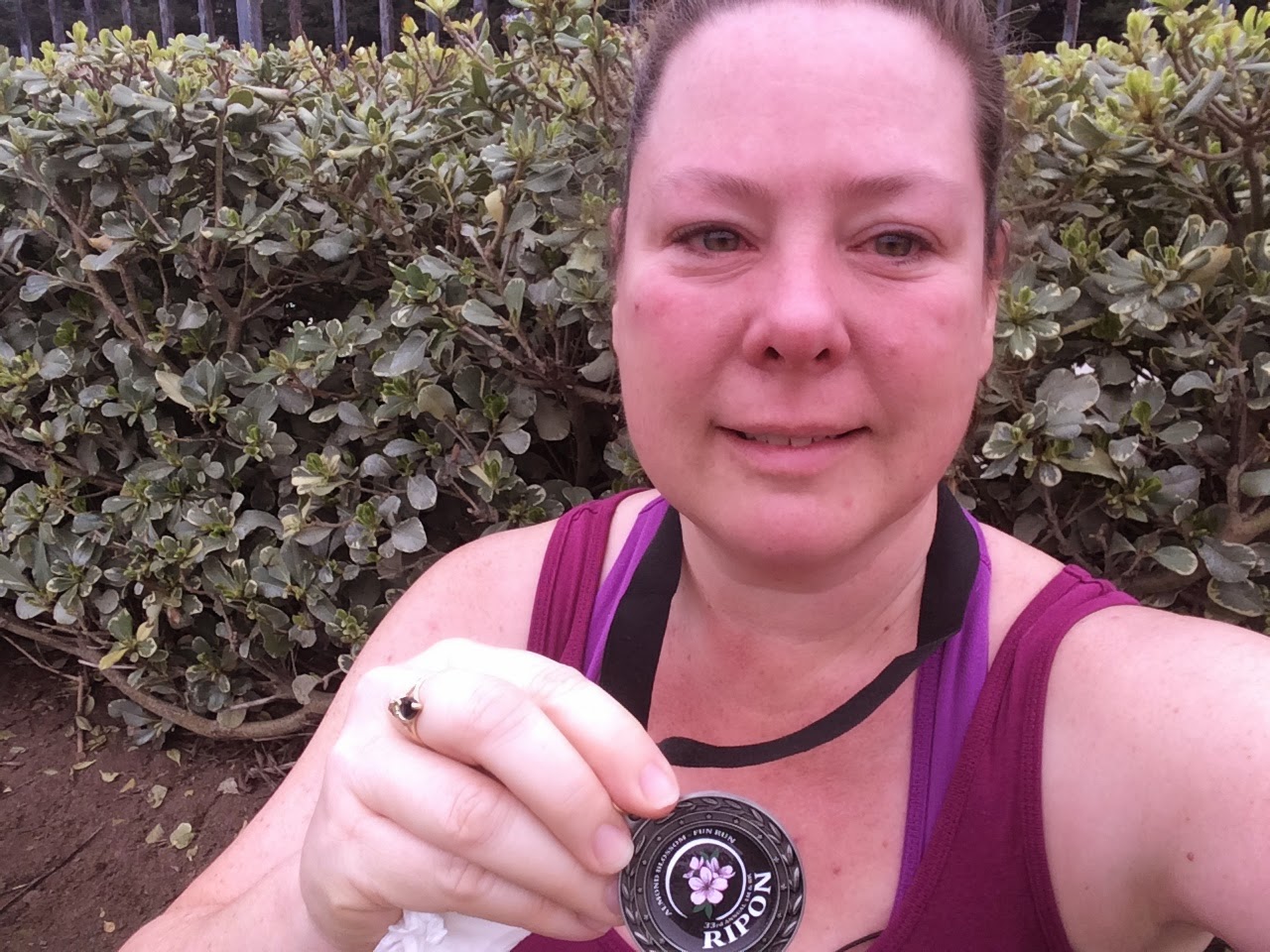 Now to find something to sign up for in March :)
Pin It
Posted by Julie H at 6:00 AM

WELL DONE Chick! You deserve to cry, you did really well and deserve your medal, and cry.