Way back my friend Sarah got me to sign up for the Yosemite Half Marathon. Originally we were going to have a "team" with all these people. The race gets here and we are down to four lol. Funny how that works! I had booked us a crappy hotel because I waited too long to book one and everything was super expensive. Sarah's cousin let her know last week that she had booked this cabin at The Pines and we could have it for the weekend! Score! I cancelled the crappy one and did the happy dance.

The actual race was not in Yosemite but at Bass Lake. The lake is really LOW of course since we are drying up in California. 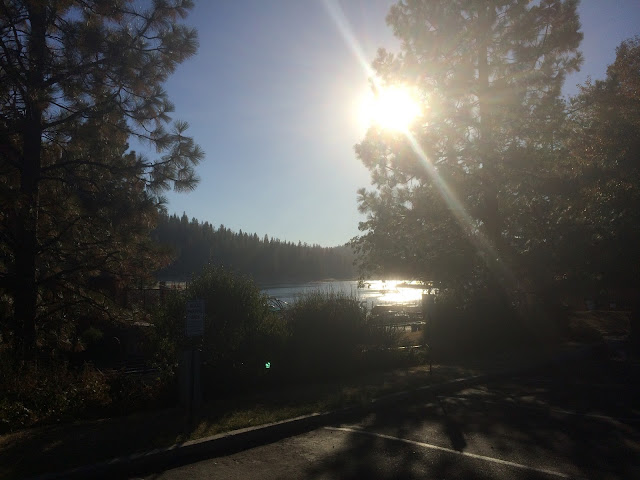 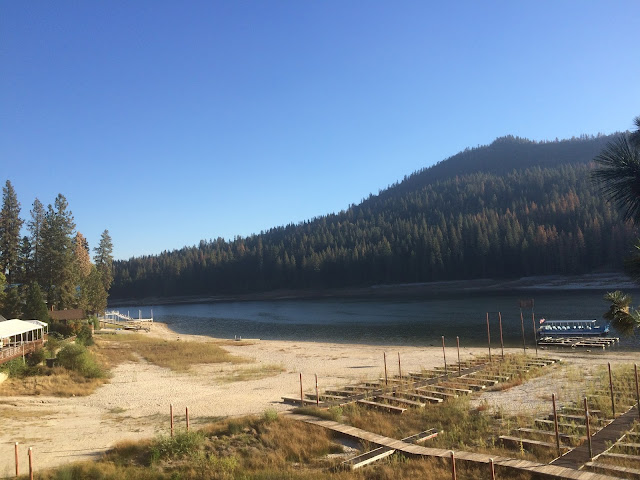 It took us about 2 hours to get to the resort. My friend Sarah and Masia, who was sharing our cabin and running with us were already there. We hung out for awhile and then went in search of dinner. We didn't have to go far because they have a nice little restaurant right there in the parking lot area. 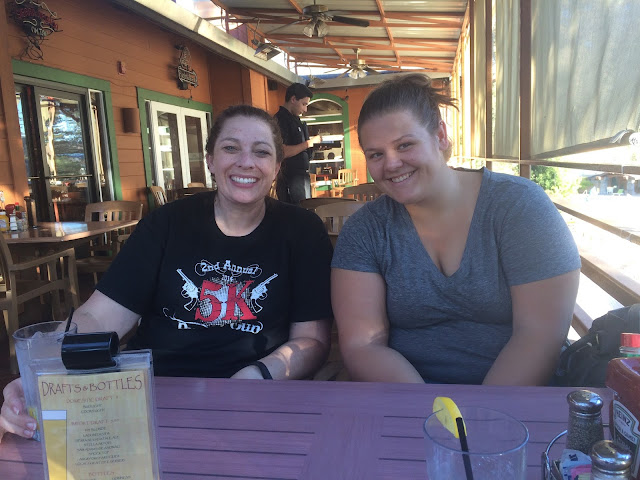 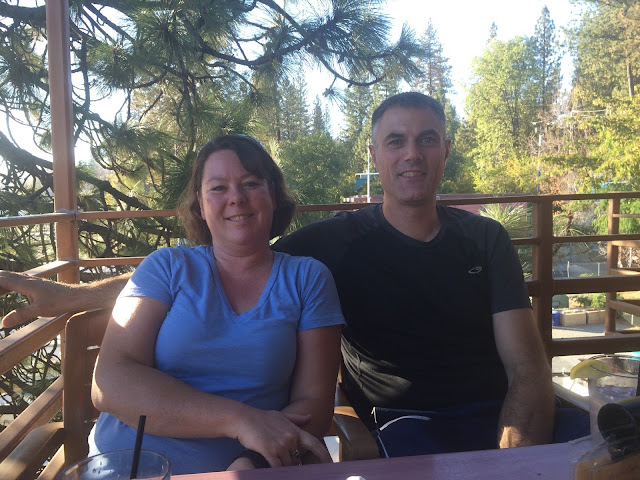 I think we need a golf cart like this for around the club! 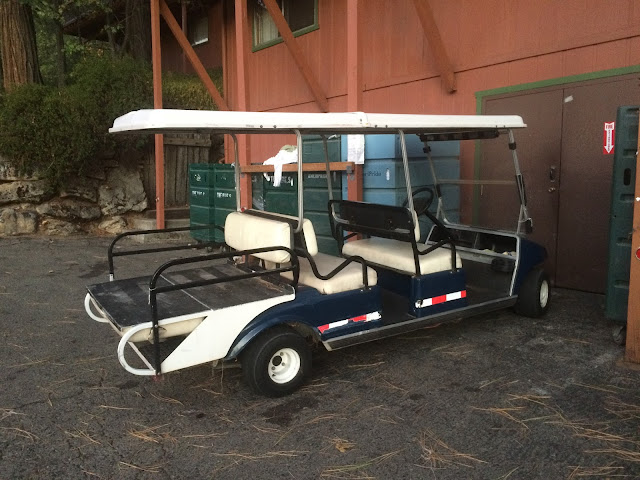 After dinner we went back to the cabin and had a couple margaritas, watched TV and then hit the hay. We had to get up super early for the shuttle to the race in the morning. Because the race basically started at the top of a hill they weren't allowing anyone to drive up.

We got up at 3:30 and were in line for our shuttle by 4:30. After 5 everyone was getting pissed until someone finally came and told us that there was an accident down the road that was delaying the shuttles. Finally a few buses came in and we got on the first one. Which, turned out to be a bad thing because it got slightly LOST. Eventually they figured out where to go and we started climbing the curvy mountain, in the dark, sitting in the middle of a big bus, with no windows, getting car sick. I thought for sure Scott was going to spew chunks all over us. I was pinching myself to keep myself distracted from my own misery. Thank God we made it without having to find a change of clothes.

We got off the bus just in time to hit the port a potty lines and then line up. 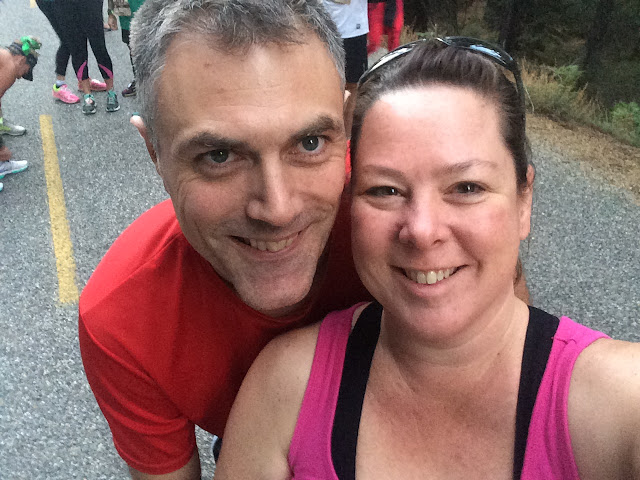 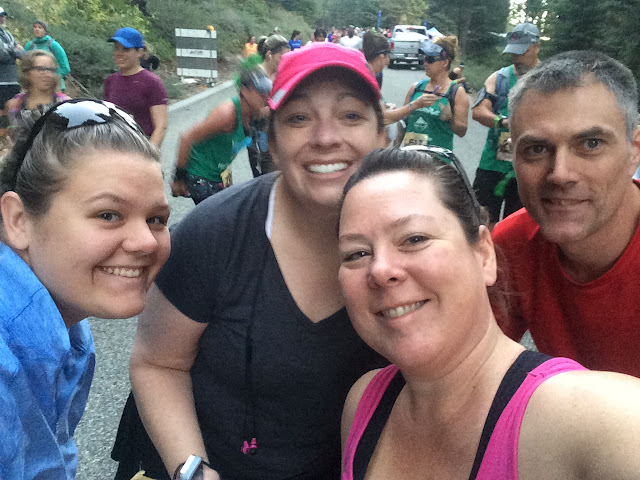 Originally I thought Scott would stay with Sarah but instead the two of us ended up staying together. We ended up running a lot more than I thought I was going to (since I stopped training over a month ago when I got sick) simply because it was easier to run than walk when going downhill!

This was a nice spot where we stopped running for the first time to take a picture around mile 3 I think. 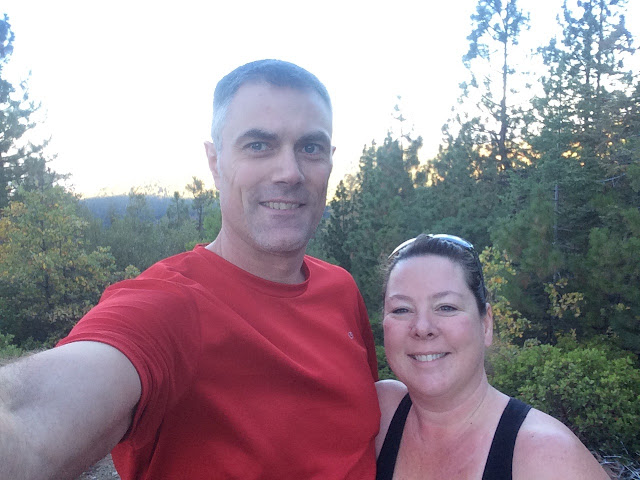 I stopped twice to use the potties along the run. Something I would try really hard not to do if I was serious about getting a good time lol. We stayed together for almost the whole race but the last 2 miles or so Scott was getting tired and told me to go on ahead. I should have just stayed with him since we still only finished about 3 minutes apart. The last 3 miles was much more difficult since it was up and down more and of course, we were tired.

All in all it was a good run! I instantly started wanting to find another race so I guess I like to torture myself a little lol. After the race we went back to our cabin and rested a bit. Scott, Sarah and I went to the pool and the hot tub to try and ease some of our muscle pains. We were totally kicking ourselves for not driving down to the pool since we were all so sore! I had to take a break walking back up to our cabin! After showers we ended up going back to the same restaurant  from the night before and even ended up with the same waiter.

After dinner we had more margaritas and came up with a new fat girl drink by putting some vanilla ice cream in with them. Tastes a lot like key lime pie. Yummy! I was laying on the floor watching TV since we were one nice chair short for our little group and I fell asleep before 8 pm. Talk about exhausted. We had to get up around 8 so that we could get Sarah to the airport.

I took a few pictures of the cabin before we left 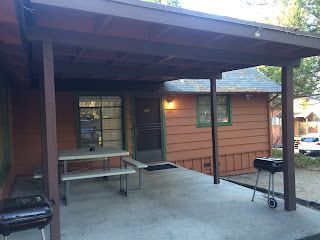 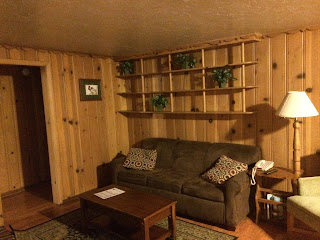 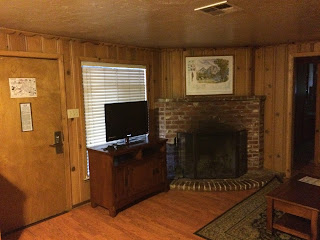 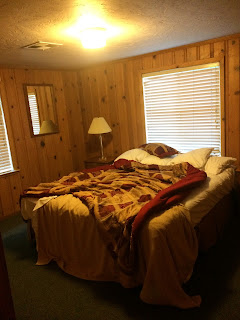 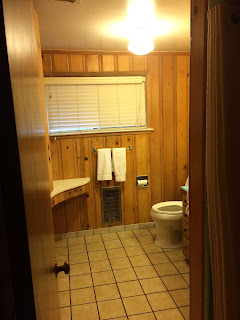 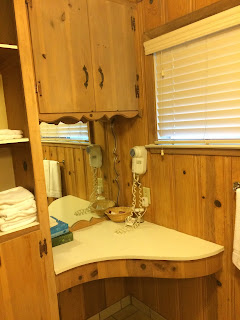 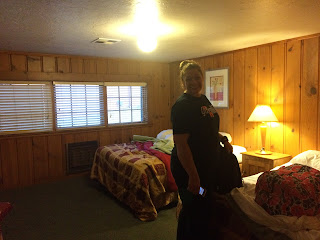 Look Scott DOES know how to do dishes ;) 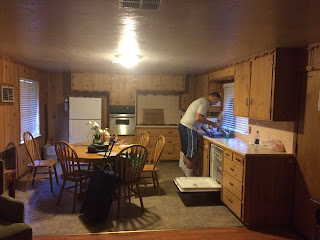 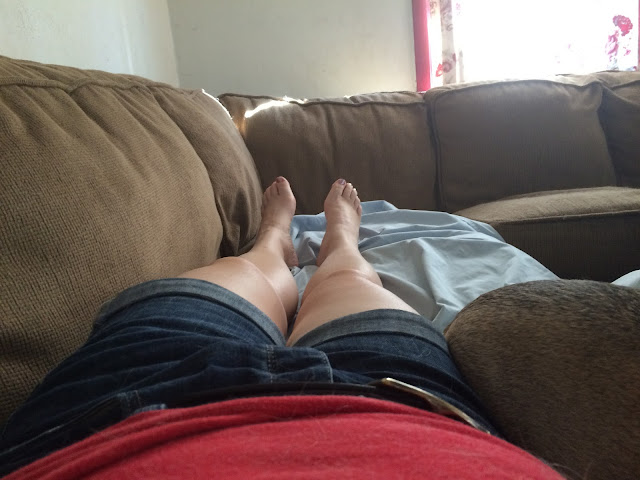 and walking like a zombie. Good thing I have Monday off work.

I love this - running then margaritas with ice cream.
Damn! Great reward!

Nice... we need more date nights! Hell ANY date night would be awesome.