So life has pretty much felt like a roller coaster lately. LOTS of softball practice and baseball practice and softball games and baseball games and trying to fit regular life in around all those. Last week I spent all my "free" time trying to get my house clean for my book club. Lucky for me Scott decided to pitch in and help which was so abnormal I'm still trying to recover from the shock. Oh and did I mention I also had the flu on Monday night? Yeah that was fun. So in all the commotion we also had my mother in law's 80th birthday to celebrate on Saturday. 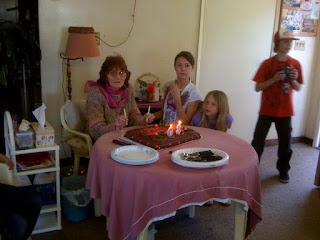 She's still looking pretty good for 80! The Dr has her on some weird diet though and she's pretty much wasted away to bones and skin. I think if you're 80 that should be a free pass to eat whatever you want. Don't you?
We only had a little drama that day. Like getting ready at 1:00 to get to the party at 2:00, which we were told, was when the party started. Mother in Law called at 1:30 wanting to know where we were, that everyone was waiting and that the party was at 12:30?!? That was news to us since we were told 1:30ish & 2:00 at three different times when enquiring what time the party was at. So we finished getting ready and got there and no one seemed to be worried that we had just showed up and the food wasn't even ready yet.
:cocking head sideways:
Whatever.
The only other drama was my middle one getting yelled at by her adult cousin for chucking a full water bottle at adult cousin's son and hitting him near the eye. Woopsie. Melissa said she was aiming for her brother and missed. Maybe she should be playing ball too?
Here's a few of MIL's plants since I didn't get any good pictures of people.
:must go buy camera: 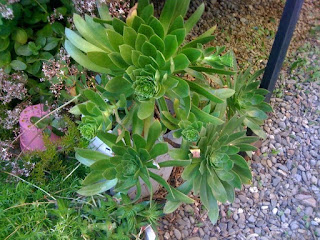 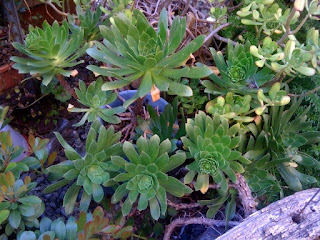 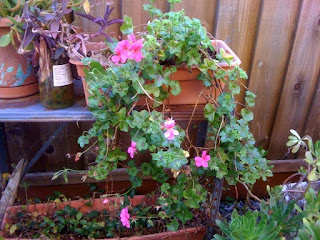 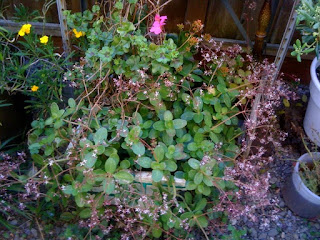 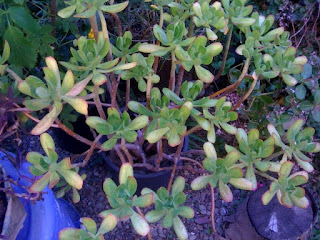