Saturday morning Scott and I went out for a bike ride. Our usual pre-ride conversation kind of goes like this

I told him let's drive over to the hills again and ride over there since that is so much more fun(?) than just riding on the flat ground around our house.

So we got in the truck and went down and parked at the gas station at the bottom of the hill and took off towards the challenge of the day.

Scott decided that we'd go up Patterson Pass this time. We've only done that one other time because it's HARD. Last time we did it was when I first got my bike and I wasn't even clipped in yet (shoes clipped into pedals).

We started up the hill and had to take a lot of little breaks to get the heart rate back down to "not pounding out of the chest" mode. 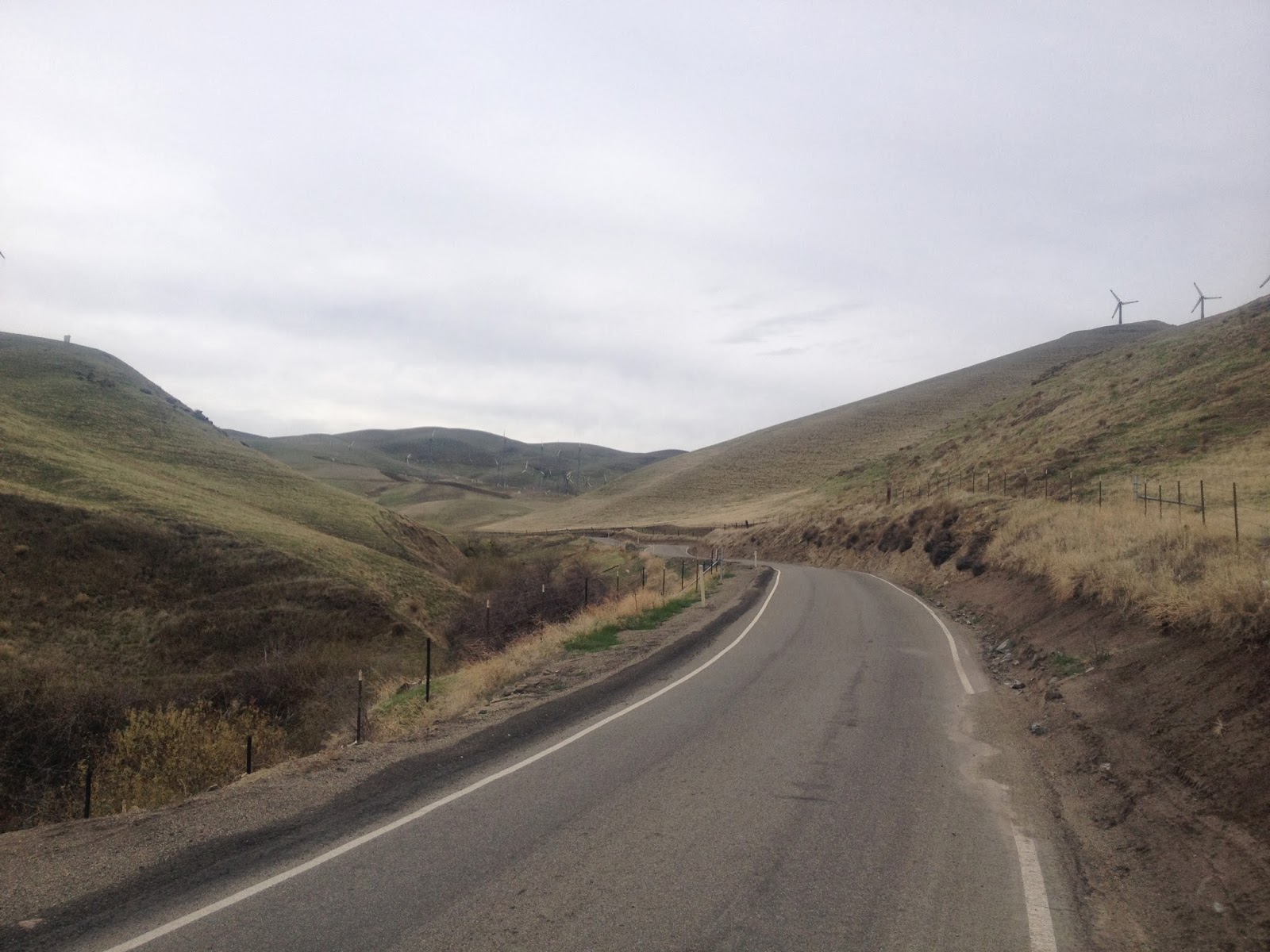 We had a little bit of rain (for my birthday of course) and a few other days of light rain and it's amazing the difference in the hills. GREEN! and wildflowers, so pretty! 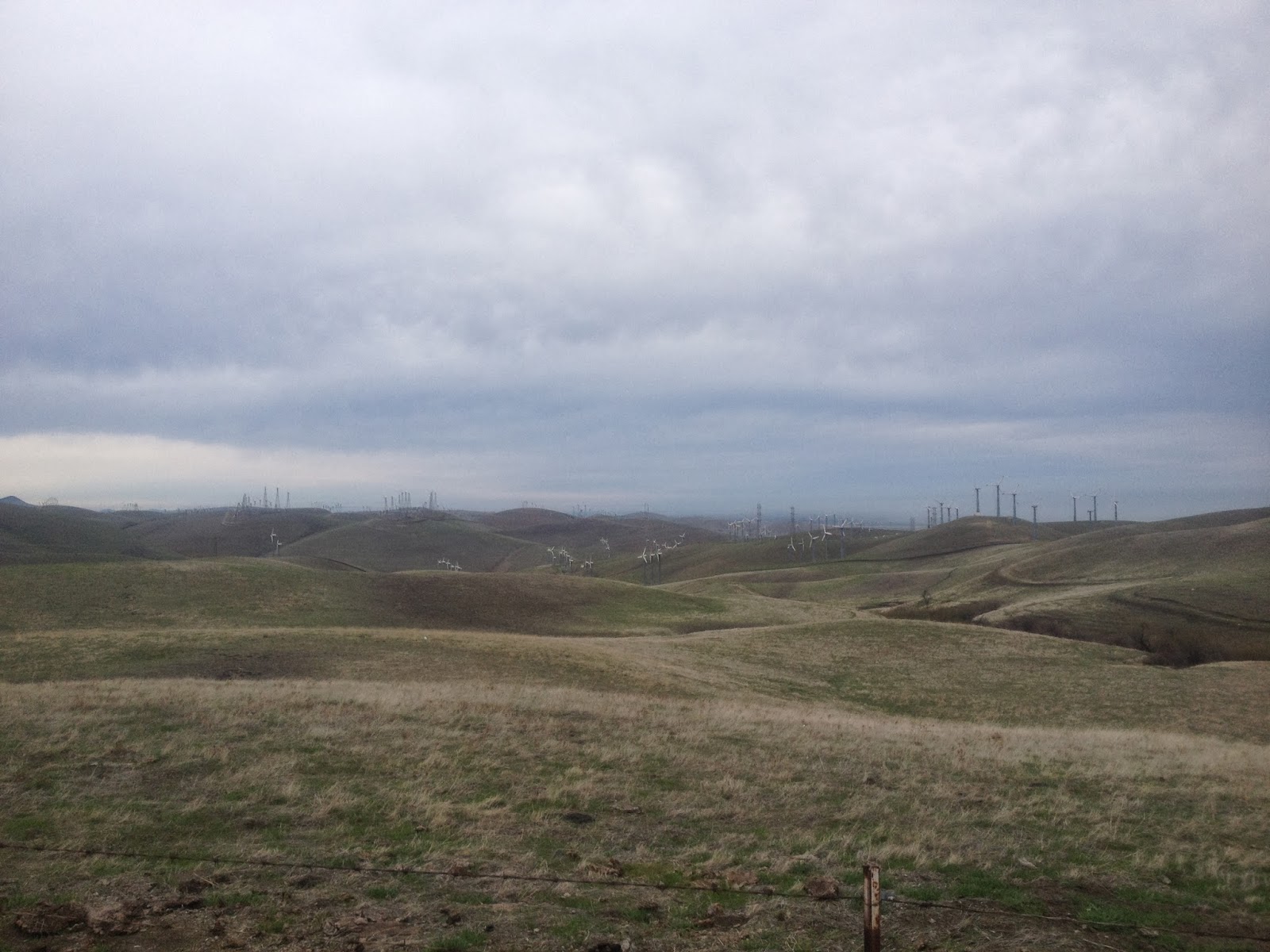 Scott was getting upset with himself that he was having to take so many breaks. To me it's just amazing that he's even out riding his bike after being so sick not that long ago. 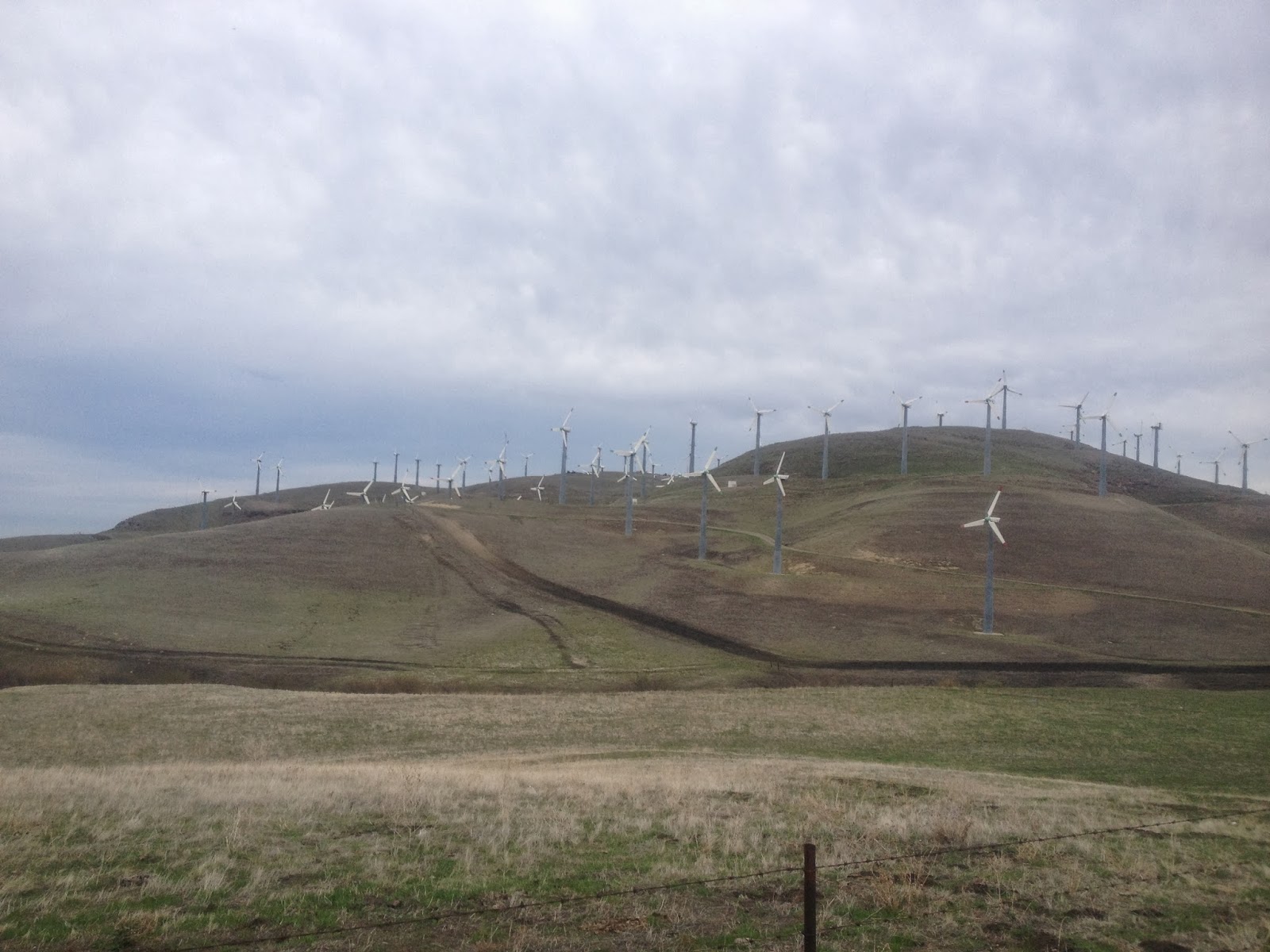 A few times I said we could just turn around and go back down the hill but we both didn't REALLY want to do that.

After all to me, it's not how fast you climb the hill but the fact that you were able to climb it. 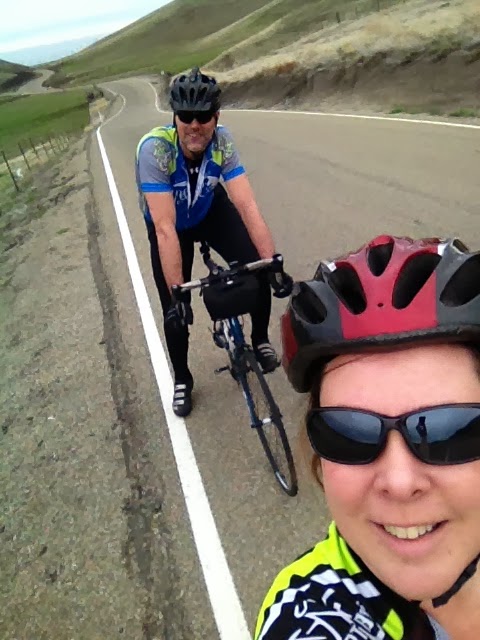 Even if you had to take a bunch of breaks. 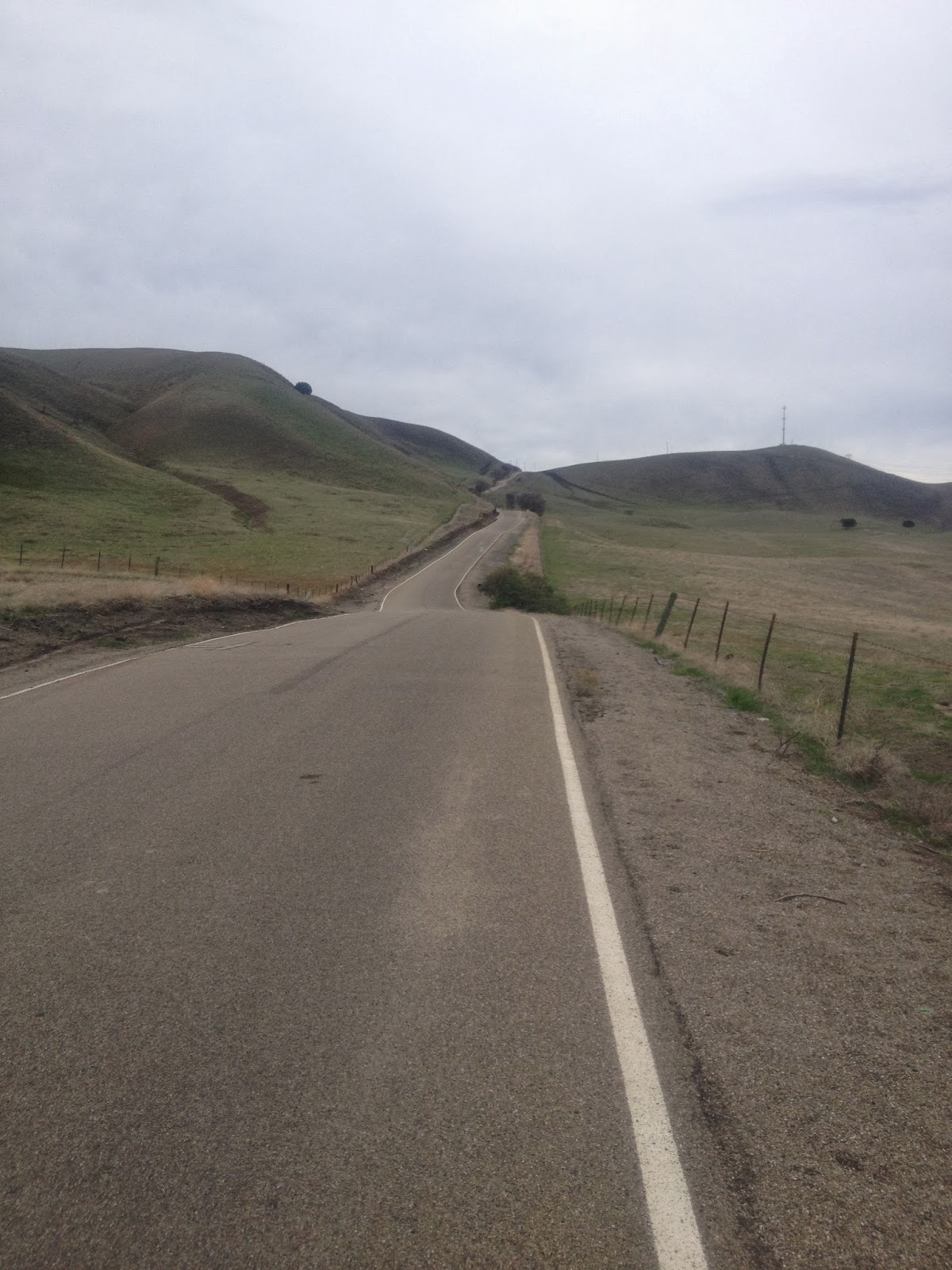 Because, who cares that you had to take breaks? 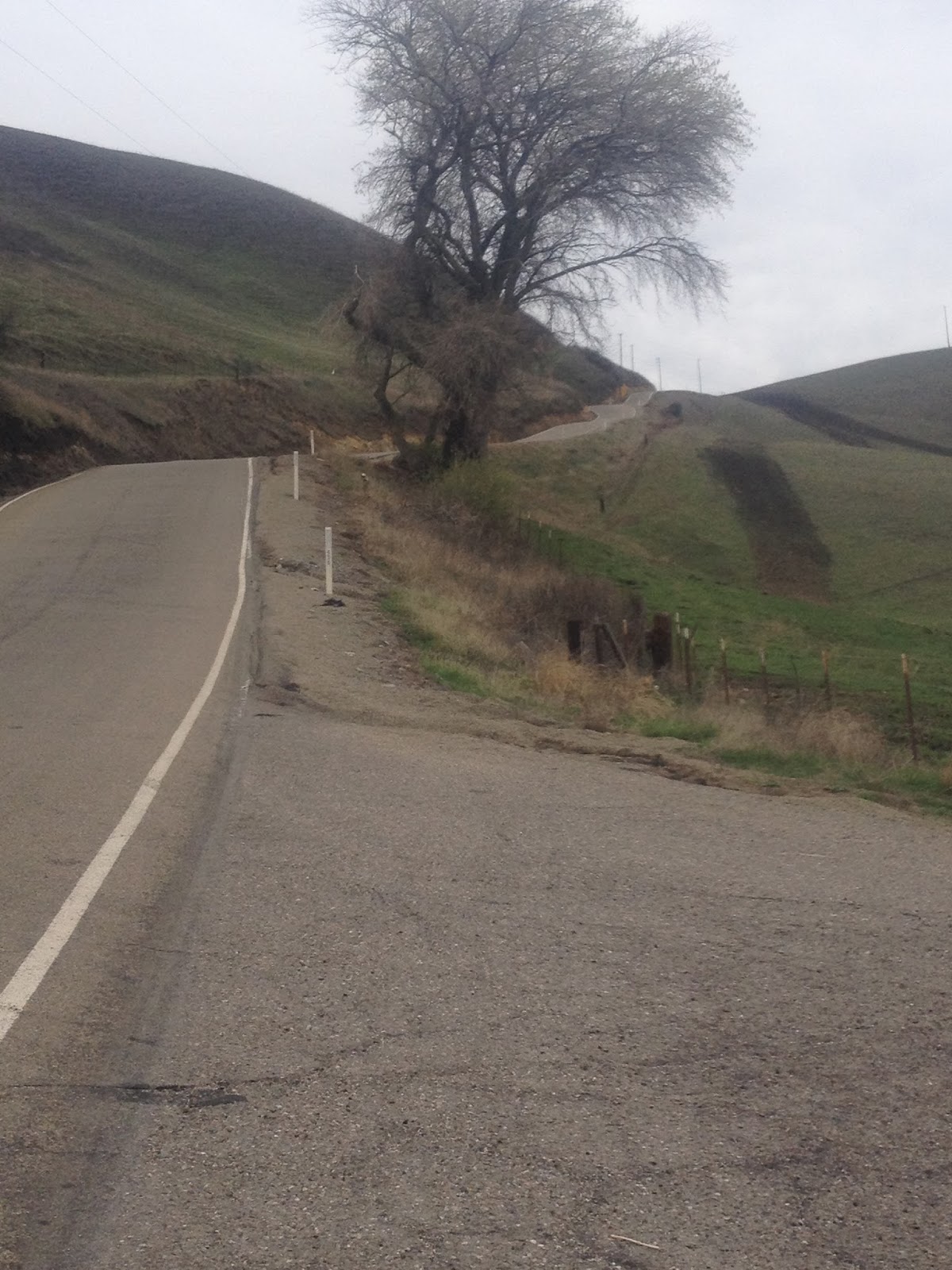 Once you get to the top, the struggle is all worth it! 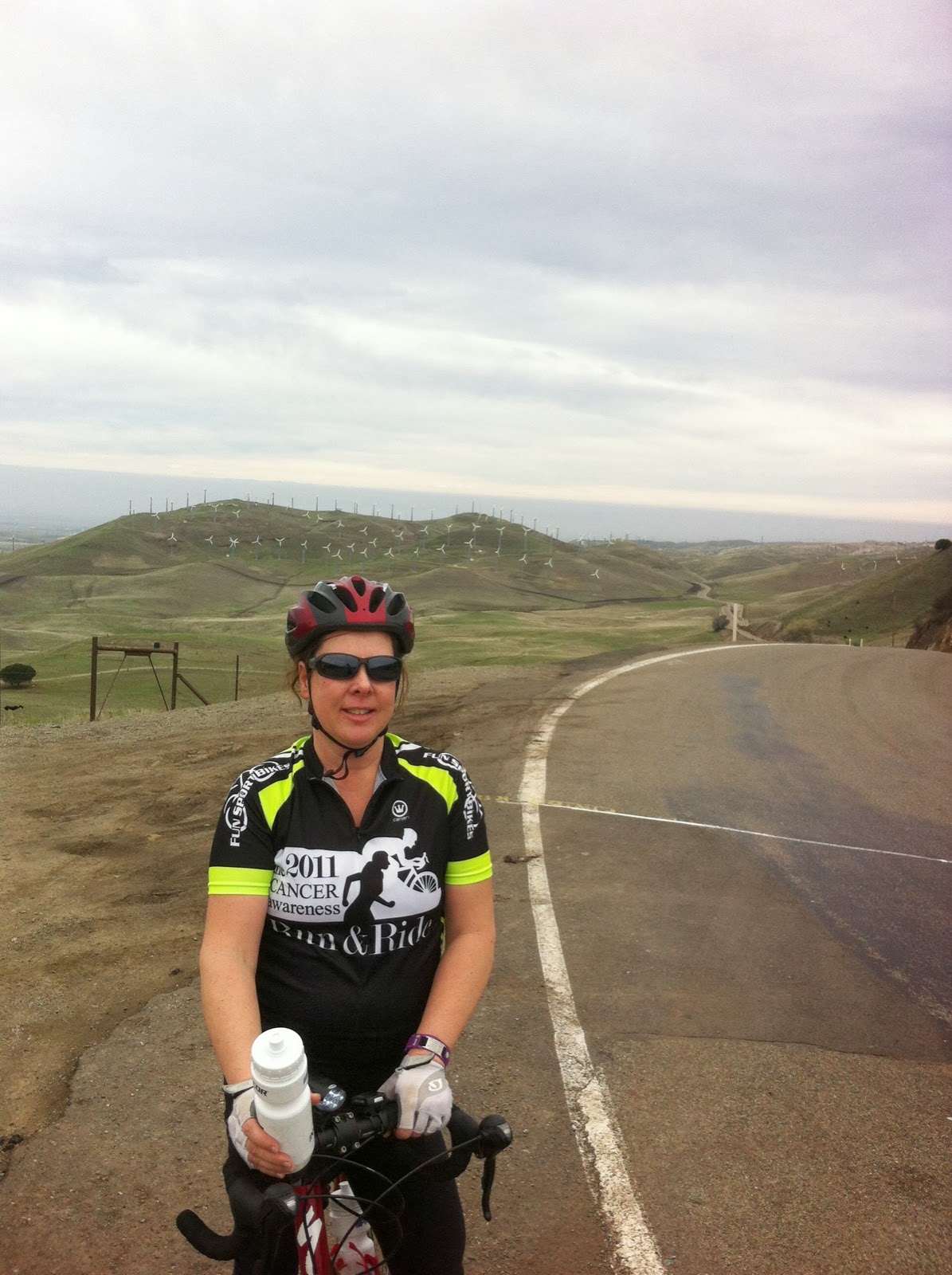 Last time we did this ride I had to walk my bike twice. This time? I did not have to walk my bike. That in itself is an improvement. The more we do it the easier it will get.

The best part of going up a hill is going back down. We went down the other side of it and as soon as I started going down I heard this PSHHHHH and then my bike began to sway a bit and I was like OMG I'm going to DIE!!

Somehow I remembered to get my foot out of the clips before I fell. 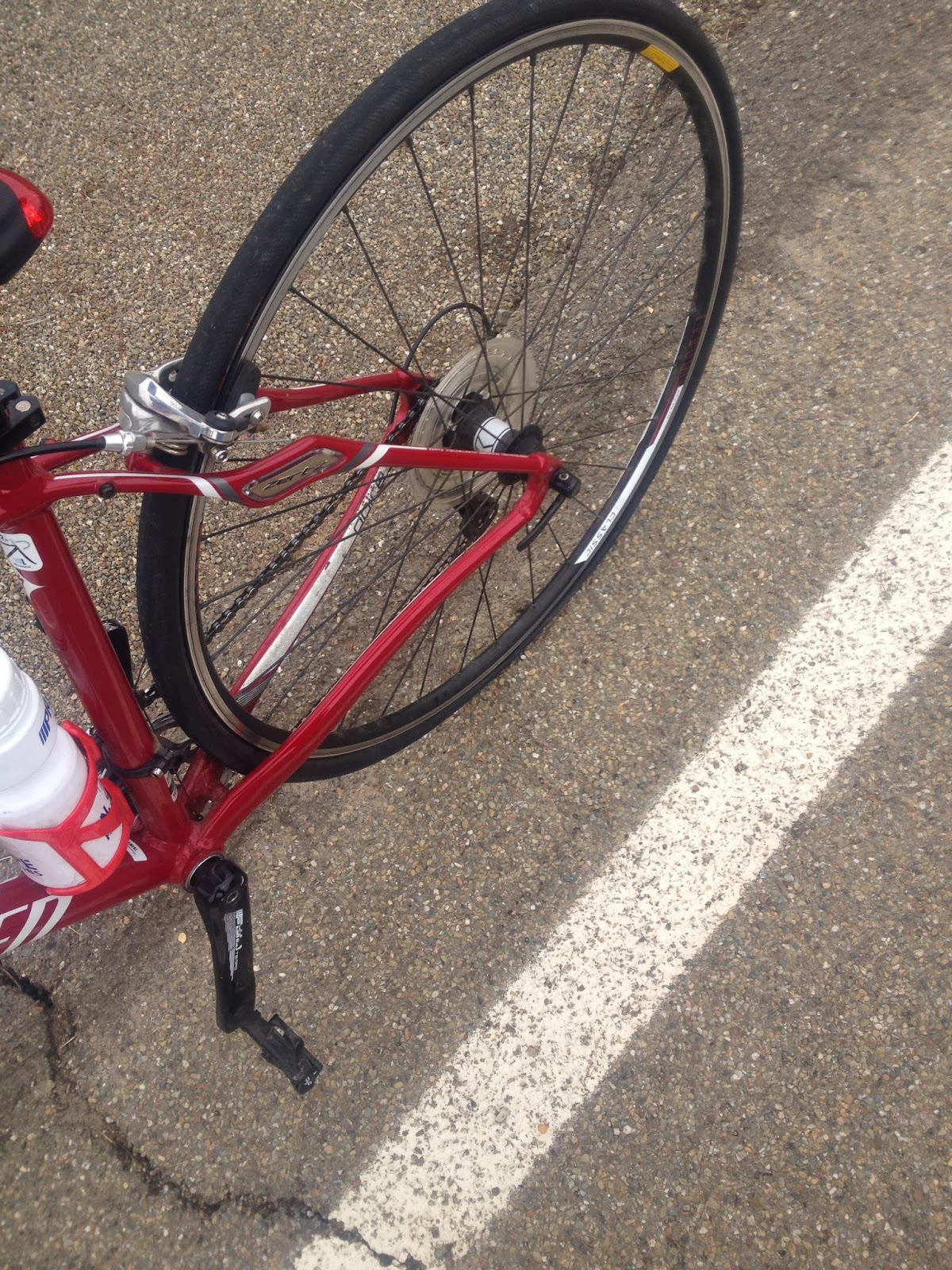 Scott carries all the stuff for changing a flat (not that I really know how to do it anyways) and he had went down the hill ahead of me.

I YELLED SCOTT!!! SCOTT!!
But of course he didn't hear me. 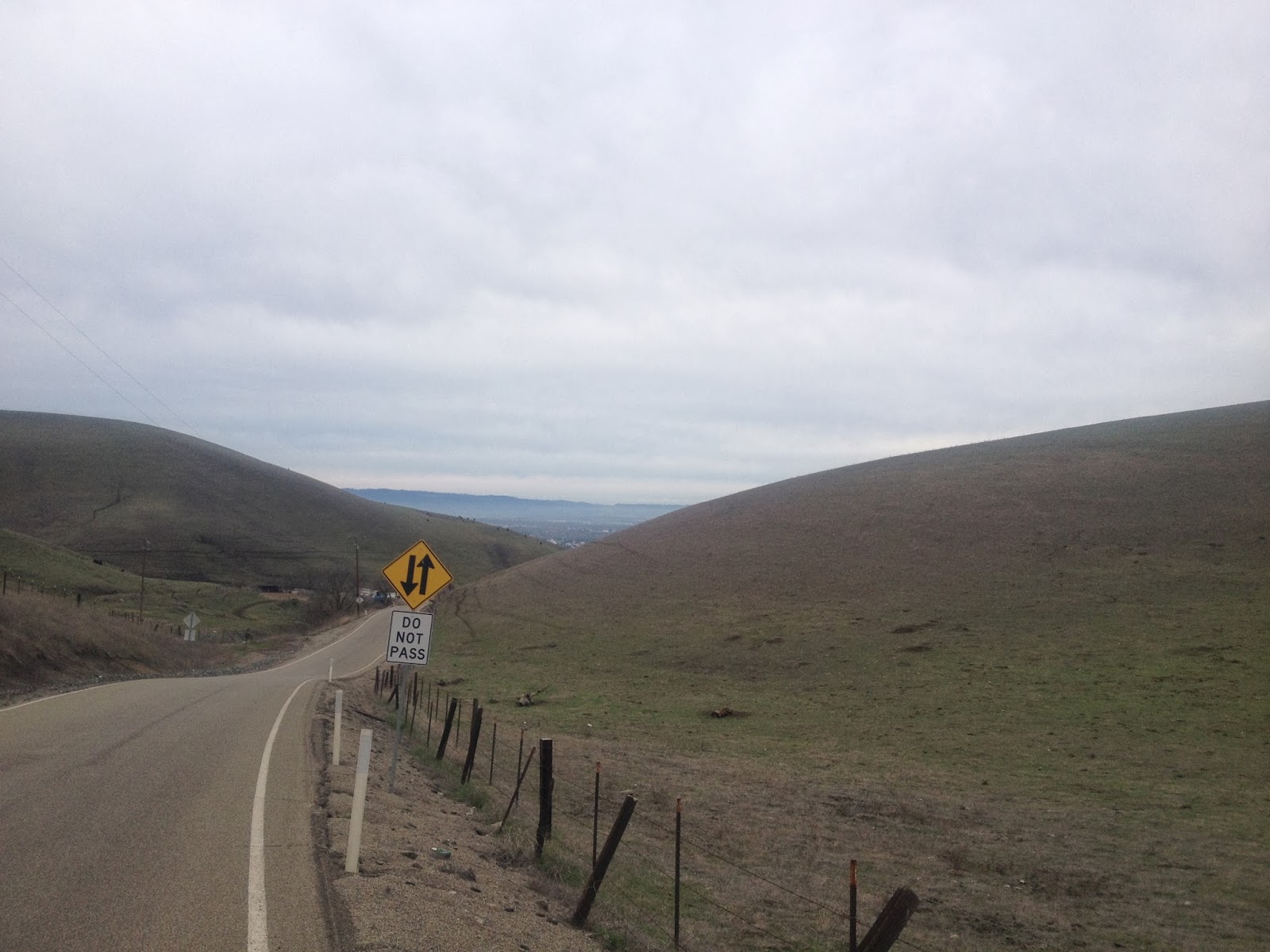 Oh wait, there he is! I waved and waved.
Then as he got closer I realized it wasn't him.

Well crap!
So I called him and told him um, you have to come back up the hill, SORRY!
Luckily he said he was only about a mile down the hill when he realized that something must have happened. He came back up the hill and pulls out his spare tubes and is like "which one has less patches". I'm like REALLY? He apparently prides himself on how well he can patch his bike tubes. Thank God his spare tube with only one patch held haha.

So before long we were back on our way down the hill. We rode into Livermore and had lunch at Baja Fresh again (OMG those burritos are so good!) and then he kind of wanted to ride farther out more but I was like eh I'm  already tired and we still have to head back so that is what we did.

We took one of the harder ways back and rode from Altamont Pass over Midway. Midway is this long slow gradual steep hill. You just have to chant YOU CAN DO IT YOU CAN DO IT over and over and before you know it you are at the top of the hill. Then it's all down hill after that. Look at the green part there and you can see the big climb up the mountain, it really shows how steep it is that way and then where the hump is farther up on the right is Midway which doesn't look that big but it sure feels it!

Amazingly my cell phone didn't die today like it usually does. I definitely had a little grease on my leg when we were done! 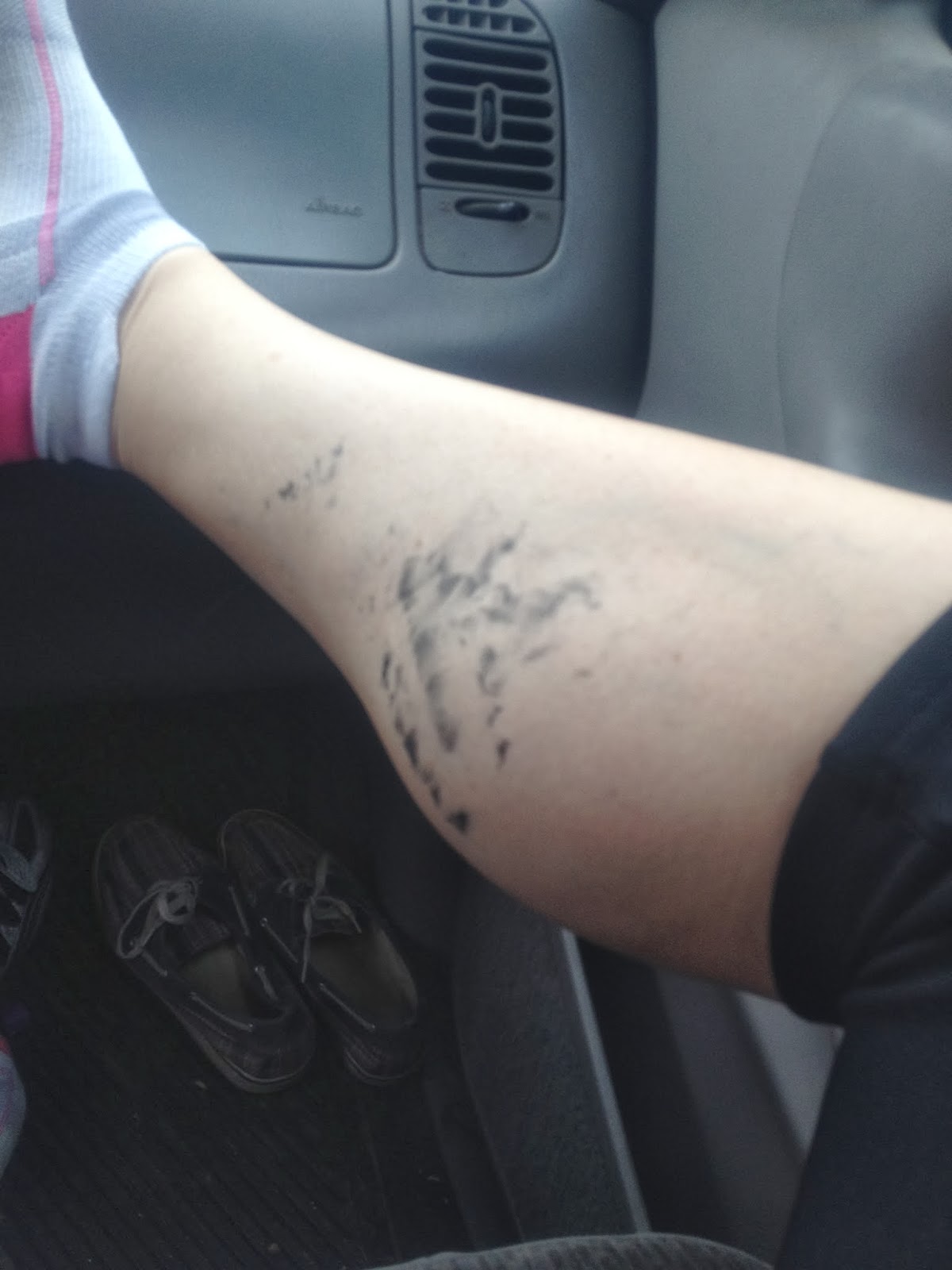 Labels: bicycling, bicycling up a mountain, cycling, we do this for fun, yes we are crazy

Oh I liked your comment, "he was only a mile down the hill" to me that is a mile he has to go up again. Whew.

This sounds like such fun! I mean, minus the flat tire part. I don't know if I could get Larry to go biking with me. Hmmm...