If anyone had told me last year what I'd be doing this year, I would have called them crazy!

Saturday morning we went on a new bike ride. "Patterson Pass Road" which is in the Altamont hills, home of all the awesome windmills. 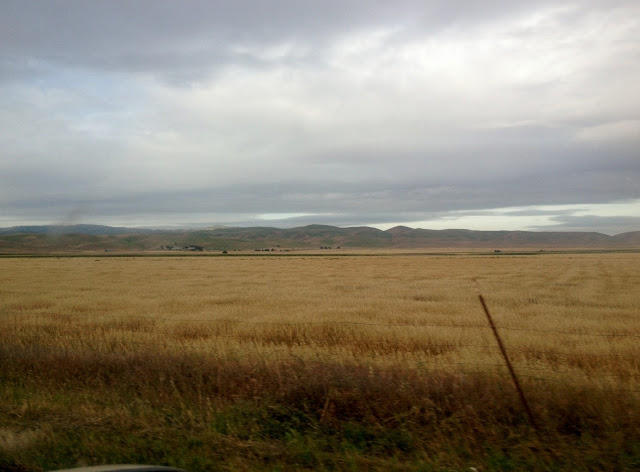 I'm not going to lie. I was SCARED! 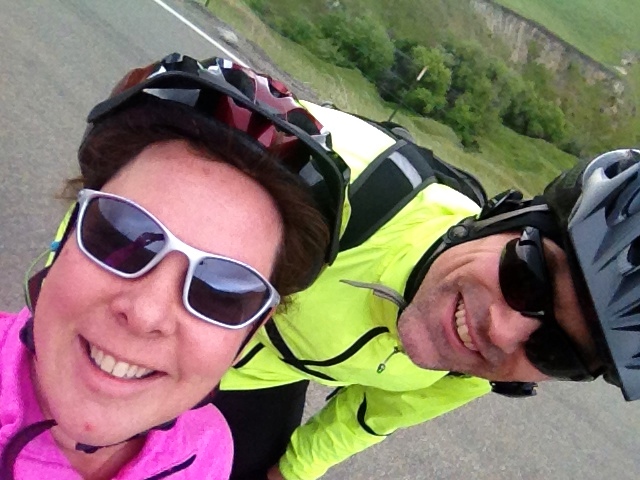 We weren't very far into the ride when I noticed a lot of women riding down the hill doing a race. 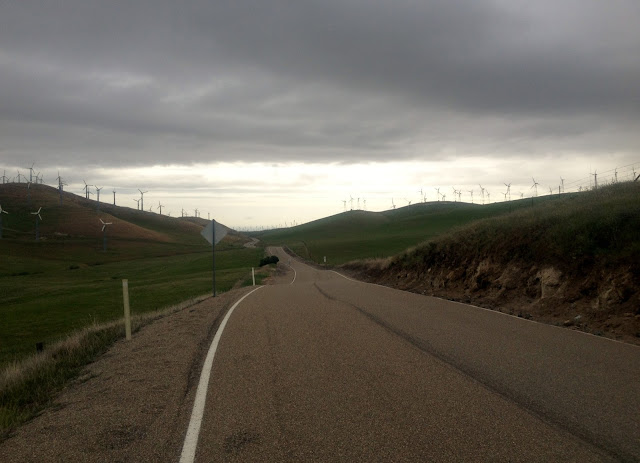 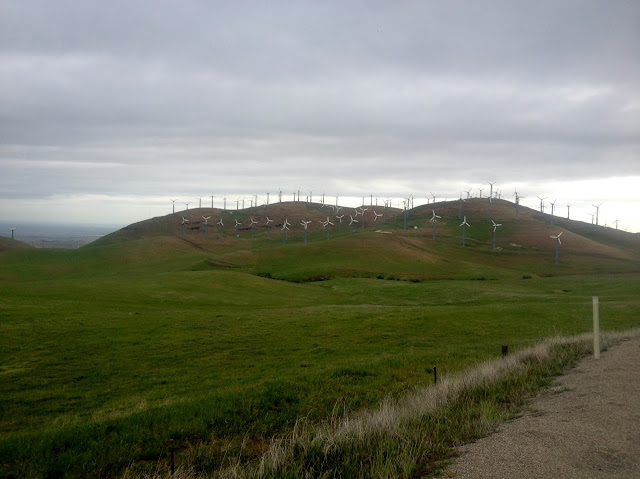 I was like MAYBE NEXT YEAR! I spent most of the ride with this view ahead of me. 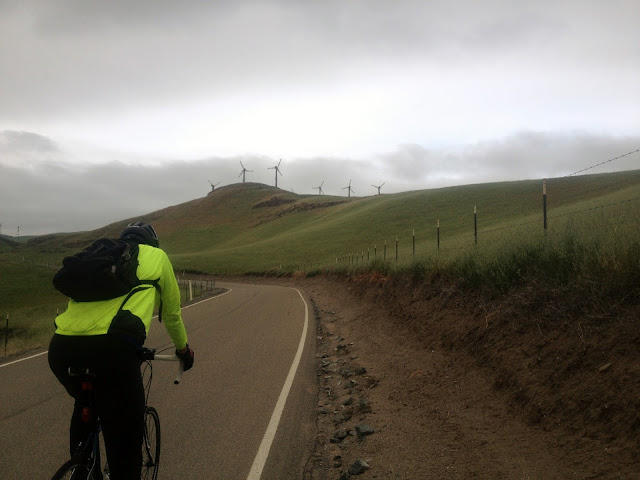 We had to stop a lot for me to "catch up" and catch my breath. And I had to walk it up 2 hills.  The last part being the "top of the world' aka, the peak of the ride. 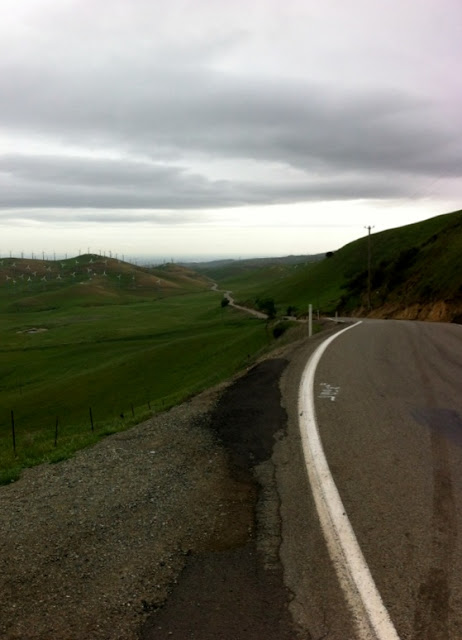 That is one steep hill. But we made it!! 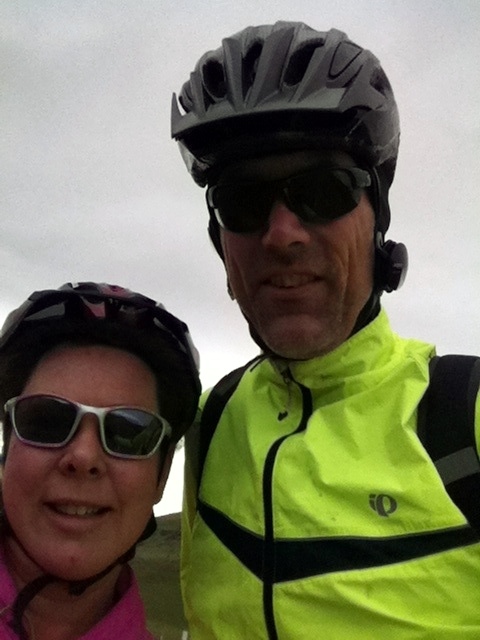 This is a "make out spot". Scott has drove me up there a few times but there was always a car parked in the one spot. Darn we totally could have made out if we would have had the energy. 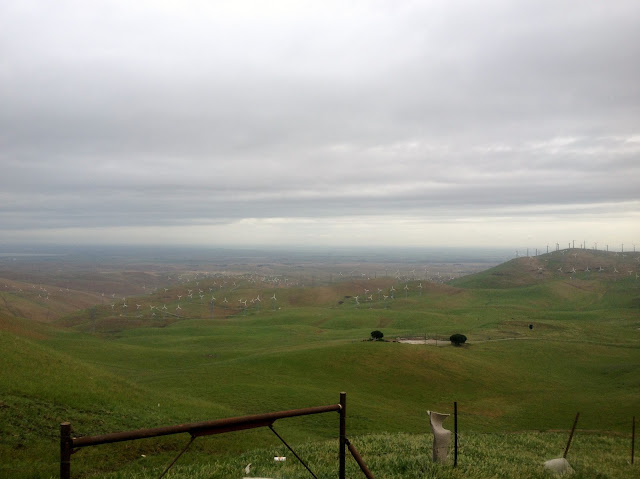 The ride down the hill? FREAKING AWESOME!!

When we got out of the hills we stopped in Livermore to go to the bathroom and have some Subway. Then we rode around town a bit and then got back on "Altamont Pass Road" to come back. There were a few hills but nothing nearly as hard.

UNTIL we turned onto Midway Rd. Oh my LORD. That shit was STEEP. So we are riding along and Scott is ahead of me quite a bit and my freaking chain fell off my bike. I was like WAITTTTTTT but he couldn't hear me. So I got my chain on (only bled a little bit from cutting my finger) and then started up the huge steep road cussing under my breath that I could have been dead at the bottom of the hill and he left me in the dust. I found out later that he was just super focused on getting up the hill because he had had to walk it up the last couple times he had done it. But this time he made it up, even though he left me behind haha.

And I made it up too. Probably could have walked up faster but I made it! We took a 5 at the top of the hill. This is him all happy he made it and me saying "that was fucking hard!" 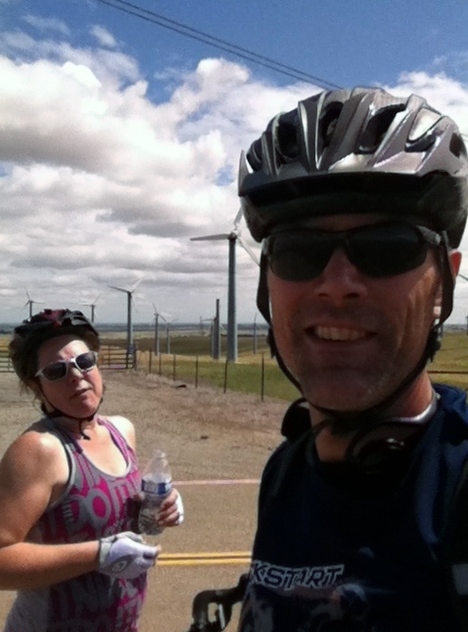 After that is was almost straight down hill. I didn't even have to pedal and it was "fucking awesome" as I told him when we got down to the bottom. 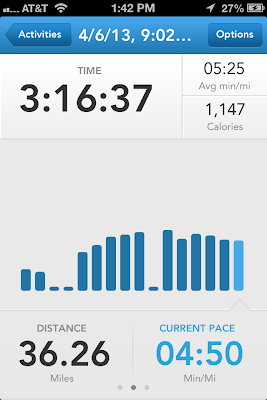 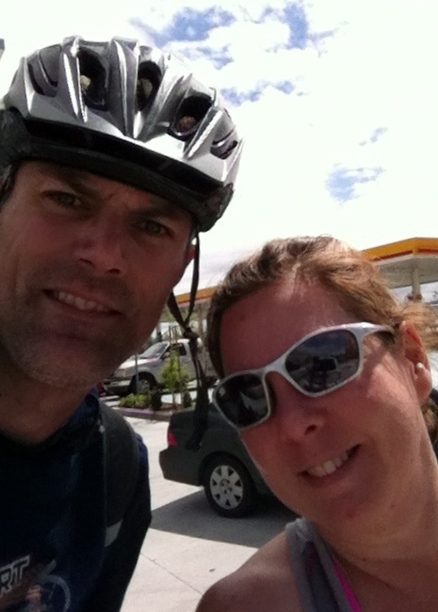 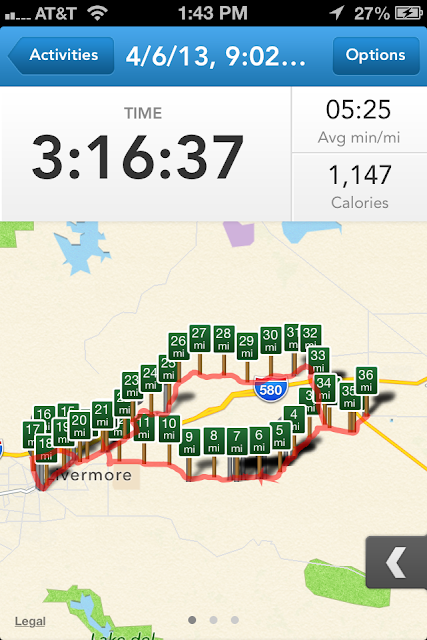 This is how I spent most of the rest of the day. 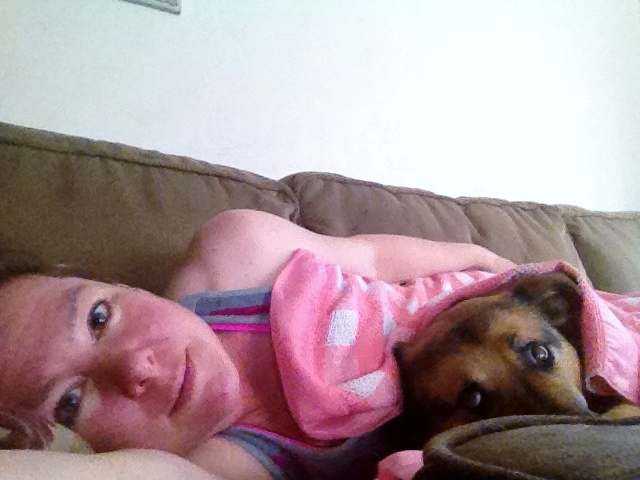 My friend called me later and asked if we wanted to go to the bar so we went down there for a bit. I think we earned a drink or three!

Crazy lady! LOVE it! Biking is so hard! I totally can't get the gears right. I did that one bike ride and said..OMG..that was harder than riding. I love the new couple! AHHHHH!

Ha! I feel your pain. Just last Saturday I biked from the Dublin/Pleasanton BART to Tracy and back (I went over Altamont Pass Rd. both ways).

Couple of questions:
(1) Going from Dublin to Tracy, what do you think would be easier, Altamont Pass or Patterson Pass?
(2) What's the iPhone app whose screenshots you posted?