Yesterday was Melissa's 14th Birthday! I can't believe how old my kids are getting. I'm just getting younger and they are catching up with me haha.

We had our family party on Easter 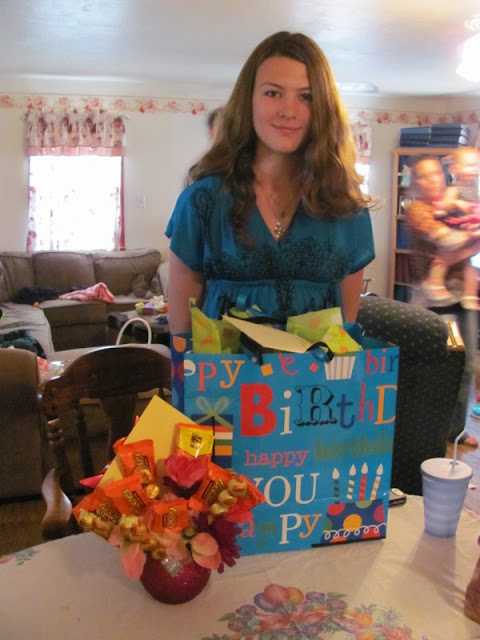 and she had a sleep over Friday night. They slept outside in the tent. I only saw them when they came in for food. At about 10:15 I told Scott I'd give them 15 more minutes to make noise outside before I told them to keep it down but I never had to go out there. 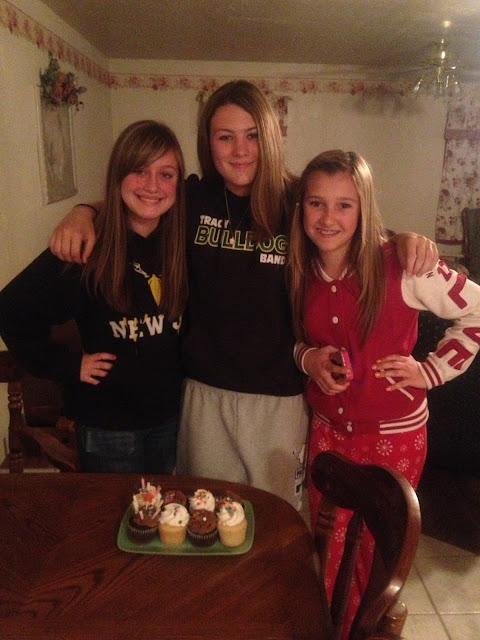 She invited a couple other girls but only two showed up. Oh well nice and easy!

So yesterday was her actual birthday and I always let the kids pick to go where ever they want for dinner. She picked Texas Roadhouse so that is where we went.

Somehow we ended up sitting next to each other, that never happens. 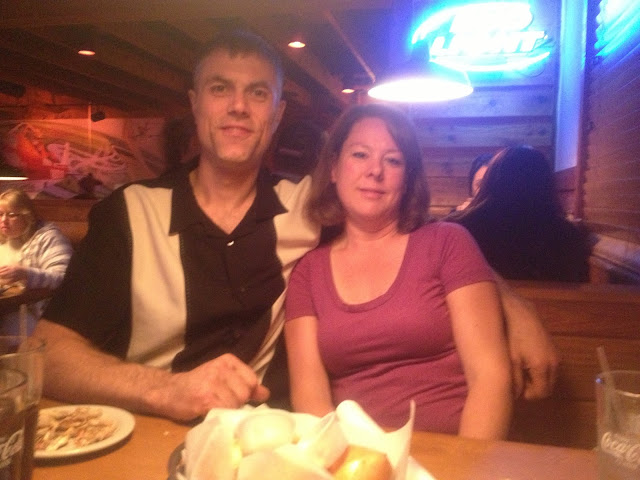 It was about impossible to get a picture of the kids. 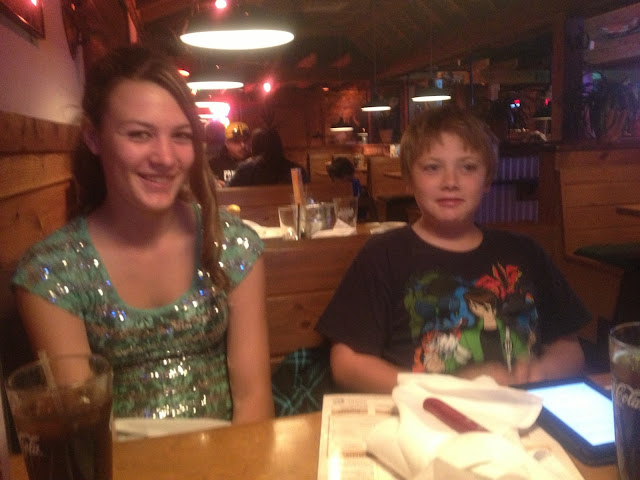 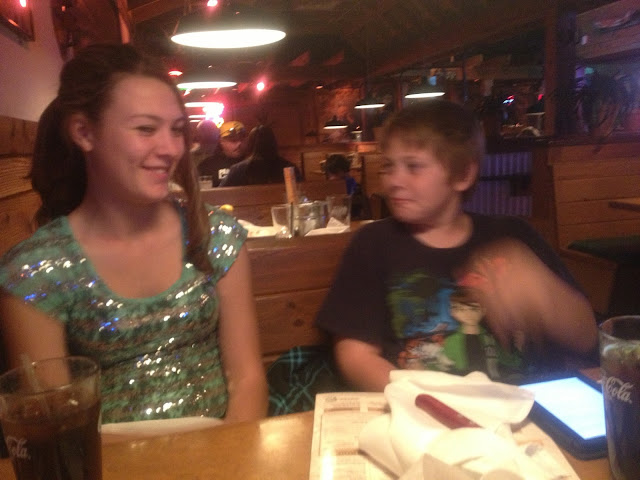 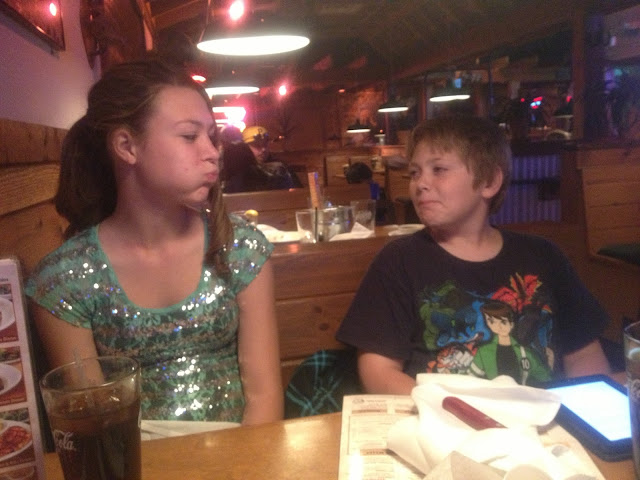 I ordered the "country meal" I think that is what it was called. It was 4 things off the side menu. Perfect since all I really wanted was a salad and the sweet potato (loaded of course). I got the House Salad with light dressing, the mixed veggies, chili and the sweet potato. 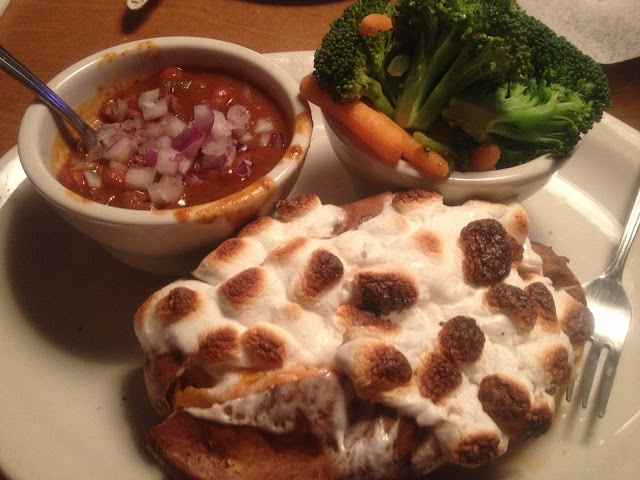 and I ate the whole thing.

I figured it out to be about 690 calories from what I could find online. I thought there was some kind of law about places having their calories on the menus and stuff now? Guess not since they don't have them.

They brought Melissa a giant bowl of ice cream and she sat in the saddle while they sang Happy Birthday to her. I was a little disappointed that they didn't get more people to come sing but she still enjoyed it. We all had a little bit of her ice cream. We were going to try and go running when we got home (it was too windy to go before) but I was too stuffed. Still need to go today but again it's windy so I might just suck it up and go out and get 'er done.

We have one more birthday this month (Jessica) and then my kids are done for the year. Good thing since I've been eating left over nachos all week!